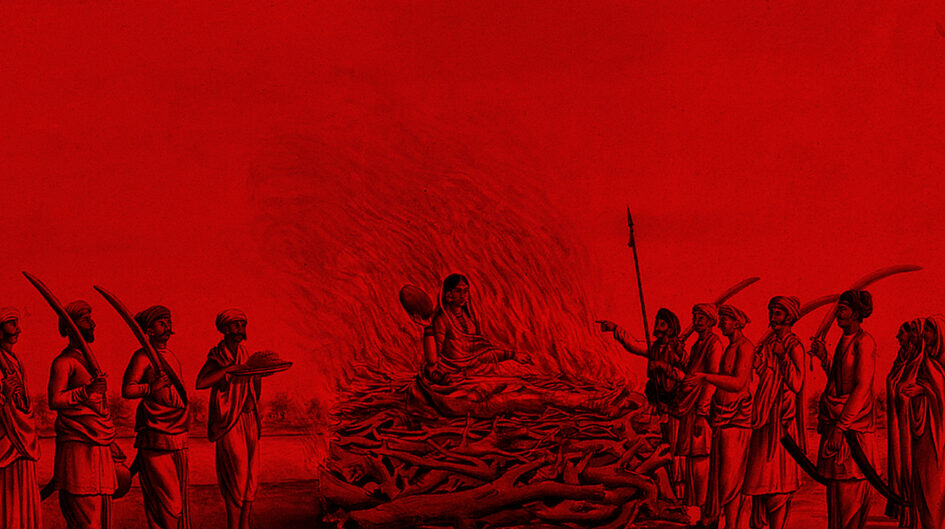 Faith has always been considered as one of the most inherently pure and pious things, across any and every religion and every school of a belief system based on the concept of God. That is probably because every single one of the prevalent religions in practice ever since the dawn of our civilization was based on faith. The principal basis of every belief system is Faith.

Faith has forever been believed to be a virtuous quality by the majority of the masses. It is indeed very helpful and reassuring to have Faith in ourselves, our loved ones, and the Faith that the unforeseeable future has what we want, waiting for us at the other end.

Faith in God is unique. It gives us this warm, inebriated, tranquil, emotionally secure feeling, which helps us deal with our lack of self-confidence. We talk to God, we tell God our troubles, and we ask for their help. We thank God for any little thing that makes us happy, out of gratitude that God has purposefully helped us, orchestrating that particular moment in our lives. But any little analytical retrospection tells us if God is the reason for any little thing that made us happy, ever, God is the exact same reason for everything that made us sad, in our entire lives, ever. After all, that is the logical viewpoint that succeeds from the faith that God is always looking after us, coordinating our lives, and writing everything beforehand. Faith blinds us from having a chance to question God’s credibility, ergo the logical reasoning behind Faith stops there.

After all, God’s rap sheet does not look that good. If we look around ourselves, in this humungous world, terror and the “bad” things, that conventionally come under the basket of morally incorrect, weigh largely more than the peace or even the basic survival of so so many lives. Faith blinds us all, clouding our conscience and holding us off from actually questioning the logic behind it all. If God is all good and omnipotent, there wouldn’t be babies dying of lack of basic food and shelter, or humans who were getting brutally killed, assaulted, or raped every day. We forget that the same entity is responsible for both the good and the bad in our lives, assuming that the entity exists and acknowledges the existence of humanity in this incomprehensibly large macrocosm. I think if God is, in fact, all-powerful, then God cannot be all good. And if God is indeed all good, they cannot be all-powerful.

Now, I do not want to write about the regular heavy hitters from the religions’ scrapbook like the Godhra incident, Sati, Caste system, and whatnot. I want to indulge in the discourse regarding the subtle, nuanced cancerous brain bugs which hinder the smooth sailing of our lives in society. They instead cause people to constantly worry about judgemental sets of eyes everywhere, in many cases, their families. I wish to talk about the conditioning that humans face from a very young age, racing towards a certain mindset and being brainwashed into a frame of mind, telling us this is right and this is wrong, without giving any logical explanation as to why which is which.

The biggest problem with Systemic Faith is the conditioning that comes along with it. There are a set of rules in every family. They’re different for every family but they seem familiar to the families in the same ethnic demographic. A dishonest moral plane is given to judge which activities are respectable and which deeds are disreputable. A socially constructed standard for moral policing is passed on in every family to plague everyone they could find, including their kids. These are petty self-righteous stances about everything, ironically, without actually knowing why they’re doing it in the first place.

But more importantly, this is not believed to be socially constructed, which it is. So everyone inherits a made-up scale for socially acceptable behaviour which is thought to be inherently pious, so it cannot be questioned, because then you’d be questioning God’s will.

So everyone lives under these misogynistic, casteist, meaningless judgmental chains which only go away when we question them. But to question the moral stances that your family is upholding so vehemently, is not always the harmonious choice, depending on the living environment. Not everyone will like it when you ask them why you have to follow them, and what the logical standpoint is behind their opinion of why something is moral or immoral. And the chances are, the majority of us don’t know why we’re doing what we’re doing, in the name of God and yet we do it because our family wants us to. All of these are cultural flaws that are now firmly etched into our lives and onto the belief system we’ve preached about.

Finally, I don’t mean everybody in the world with faith believes in all the baseless superstitions or that Faith in itself is a dishonest quality that leads to blind belief. I’m saying there’s a risk to trusting the moral standards that come with our belief system directly and adhering to them, without properly questioning them. So, I’d like to conclude by saying Why? The important takeaway from this fatuous but factual expression of discontent towards faiths, is to ask ourselves why? “Why” is the main prevention and the cure for being blinded by a moral standard that is spread by our respective belief systems. When we ask ourselves why we’re doing what we’re doing, the big picture becomes a little clearer. No matter how small or how vague or how random or how weird or frequent it is, we have to ask ourselves, constantly, Why? The more we think about why something is happening, the closer we come to our very own subjective answer and that, right or wrong, is worth much more than blindly believing in what the majority’s social standards are.

Faith has always been considered as one of the most inherently pure and pious things, across any and every religion and every school of a belief system based on the concept of God. That is probably because every single one... END_OF_DOCUMENT_TOKEN_TO_BE_REPLACED

As the night grew darker, enveloping an empty street with mystery and fear, it embraced two college students, Matteo and Ace. Drunk and floundering into the dark alley, they hadn't realised how far they had wandered until they came across... END_OF_DOCUMENT_TOKEN_TO_BE_REPLACED

It feels like just a week ago when the internet was bombarded with memes of Will Smith slapping Chris Rock at the 2022 Oscars. Ah, what a moment. The Cannes Film Festival too ended just recently, leaving us waiting for... END_OF_DOCUMENT_TOKEN_TO_BE_REPLACED

Many of us might look back at the time we spent in school with nostalgia and fond memories. But most will also agree that it wasn't the happiest of places with long and monitored study hours, heavy bags full of... END_OF_DOCUMENT_TOKEN_TO_BE_REPLACED