In The Fourth Month 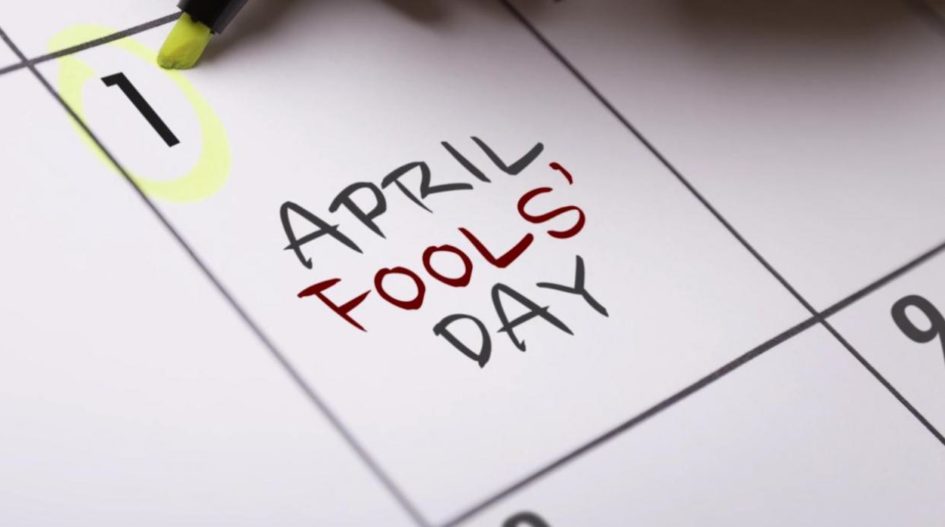 There is nothing wrong with wanting a culinary experiment. The staff of our canteen started believing in building upon feedbacks. What does that mean? The team of kMITRA along with the PR committee is very excited to share our canteen’s new menu item.

It’s always a mitigating and relaxing feeling walking into the canteen and how better could it feel to grab a plate of RAVIOLI? Yes! RAVIOLI, a dish so satisfying, luscious and mouth-watering at the most affordable price of only Rs.80. ( Only on Fridays ). Ravioli are small pasta envelopes containing minced cheese or vegetables, usually served with a sauce.

The duration of this service would depend on the reviews given by the students. Lastly, it is being introduced in the month of April, and hence you are a victim of this prank.

April fools day/all fools day is an annual western celebration, acknowledged worldwide by spreading japes and jokes. It is the most effervescent month of the year, which is all about making fool of people by deceiving them. The best part is that nobody gets really offended. I personally think it’s a month of laughter and entertainment, and a time to remind us that no one is perfect. Everyone can be deceived in one or the other way either by words, actions or circumstances.

There are a million theories out there regarding this day, but the most famous one is that it came into the light when the Pope changed the calendar in France to the one according to the Roman calendar. The populace who knew nothing about the change continued celebrating New Year’s on April 1st, and the ones who were aware of the change started denominating them as fools and thus started the April Fool’s Day! So, if the ancient days had a strong interface like our communication system and if Pope had ever announced the changes into media, maybe we wouldn’t be able to fool our friends on that day!

Scotland- On the second day of April, it’s the “Taily Day” as a tail is stuck on people’s backs and victims of the pranks are called “gawks” (a name for cuckoo birds). This continues only till the dusk.

England and Canada- Pranks are played only in the morning.

In a few other countries, people throw flour at each other as part of the celebration.

With the Covid-19 outbreak taking a toll on our sanity, social lives, and several other factors, this time, we, as kMITRA wanted to do something different. We wanted to know what our readers think about this time in quarantine and... END_OF_DOCUMENT_TOKEN_TO_BE_REPLACED

"Domestic workers go without salaries, work during the lockdown", headlined India Today.   The global novel Coronavirus is keeping us on hold in our homes. While we let it all hang and begin to discover our passions, the burden of... END_OF_DOCUMENT_TOKEN_TO_BE_REPLACED

A short nostalgia of the past two years, How I understood things and had overcome my fears.   Young in blood and just out of school, Grades and accolades that'd make everyone drool.   I said to myself, "It... END_OF_DOCUMENT_TOKEN_TO_BE_REPLACED

2020 has been a disaster so far with the deadly virus, the lockdown making us stay in our homes, juggling between our broken sleep cycles, helping with house chores, and trying out new recipes. We are watching a huge amount... END_OF_DOCUMENT_TOKEN_TO_BE_REPLACED

For people who wanted a fresh start in life, 2020 seemed like a perfect beginning. Not only was it a new year but it was also a new decade. And this invited a lot of optimism into people’s lives. 5... END_OF_DOCUMENT_TOKEN_TO_BE_REPLACED