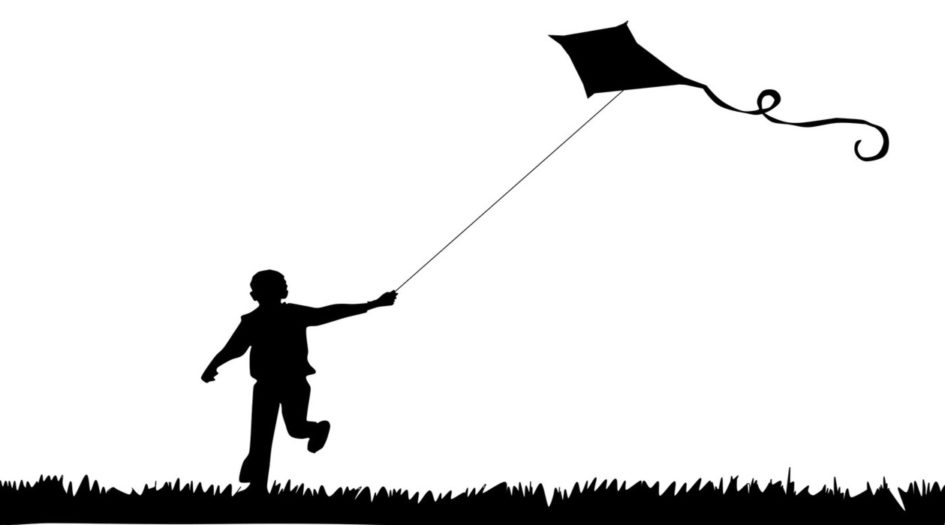 It was a cloudy Monday evening, when I dragged myself back from college, my face buried in the grey screen of my phone. I found an unoccupied chair in the park and tried to make myself comfortable amidst the Monday blues, grumbling about how Mondays were hard to get past by (in-fact every day of the week). I sat brooding over the looming demons of examinations which cast clouds over my head, darker than those in the sky themselves.

Just when the sky was about to turn more grey, I saw a boy aged about four trotting ahead nimbly on little feet, which had just learnt to bear the weight of his body. The tiny runner was in pursuit of a red garden slide in the park. A cheeky grin brightly shone in the dimples of his cheeks had something special in it, which could light up any gloomy evening.

He carefully inspected the rungs of the ladder, which led to the top and had a long gaze at it.  A gaze akin to a mountaineer with sight fixed on the summit, dreams at the peak. He started climbing with tiny hands firmly bound onto the sides. He moved slowly with short steps, one at a time. He was one step away from the last rung, but looked backwards for reasons unknown. This was where he lost his balance and went tumbling down. An example where moments of self-doubt tore apart all the hard work put in. A loud wail followed and tears welled up in those little black beautiful eyes. But before anyone could pick him up, he surprisingly stumbled back onto his feet. His face had turned red and the eyes were still wet. He wiped off the dust of his hands and had one long gaze at the slide. There began another effort to make it to the top.

Holding the rungs with all his might, he climbed up taking steady and confident steps. Small steps, but they were giant leaps towards the dream. This time he never looked back. He slid down in glee, with a smile wider than his cheeks. He dreamt, he planned and learnt never to look back. For a minute he basked in this new found glory, his eyes brighter than any star I had ever imagined to be. A ball rolled past by and off he was on the next adventure. The ball was twice his size, but he ran towards it with double delight. He kicked at it, and one shoe went into the air. He slipped over the ball and the other went flying too. I stood up, ready to sprint towards him fearing another outburst of tears. But I was startled to hear a burst of cute laughter. Accepting one’s own flaws and finding happiness in acceptance are traits a person may fail to acquire in a lifetime, but here was a child doing just that.

He rose up again and watched the ball carefully, his eyes gleaming in focus. He didn’t go for the kick but stopped it in its tracks this time. Mustering all his strength, he took aim and sent it rolling forward. Control over himself and the ball was all that was needed to succeed. Jumping in delight, he eyed me slyly from the corner of his eyes. As he embraced his mother, a grin unknowingly sprouted across my face. I was left pondering whether this small instance answered all the big questions about leading a happy life. The child dreamt of reaching the summit and never stopped dreaming. He learnt to trust himself in moments of doubt and never look back. He failed in his first attempt but didn’t waste much time crying over it. He stood back up and moved forward in pursuit of the goal. He enjoyed his success but didn’t get carried away with it, but quickly moved on to the next adventure. He accepted his flaws with a hearty laugh, brought things under control and success followed. If there are times when the world turns gloomy, watching children play, with stars in their stride and smiles in their eyes can definitely brighten up the day. Never let the kid in your heart grow up. Make your life a child’s play.

Conflict is a normal part of our life. We all strive to be happy and avoid conflicts with others. Needless to say, a group of people can't be expected to agree on everything. When conflicts arise between outsiders, we don't... END_OF_DOCUMENT_TOKEN_TO_BE_REPLACED

There she stands, by the shore, as the ocean gently kisses her feet. The waves trickle past her toes and go back smiling as she gives them life with every stroke of her brush. The sky never realised how beautiful... END_OF_DOCUMENT_TOKEN_TO_BE_REPLACED

Adversity, hardship, and sadness. All these words have a lot of stigmas attached to them. Understandably so. After all, the bitter moments of our lives are the last things we would ever want to relive. We tend to see sadness... END_OF_DOCUMENT_TOKEN_TO_BE_REPLACED

Humans seek attention but seldom pay it. Didn't you, at least once in your life, wait for your friends to finish speaking so that you can present your thoughts? I did — numerous times. While doing so, we not only... END_OF_DOCUMENT_TOKEN_TO_BE_REPLACED