5 Things we demand from the GHMC Elections 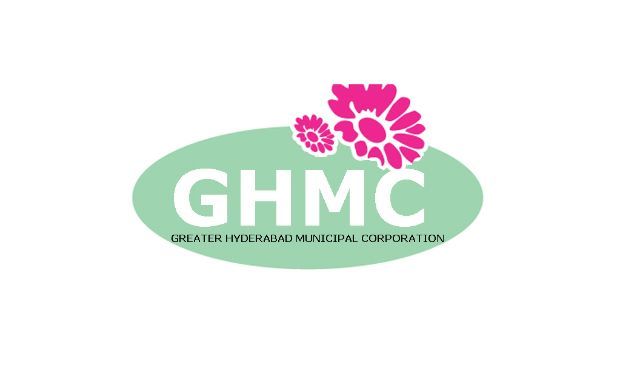 5 Things we demand from the GHMC Elections

“Democracy is being allowed to vote for the candidate you dislike least.”
–  Robert Byrne

Most of us are unaware of the duties of our nominees who stand up in an election. Truth is we don’t have to know them all. Election propaganda by big party leaders often masks our impression of who is a suitable candidate. Since the Greater Hyderabad Municipal Corporation in short –  the GHMC is the urban planning agency that oversees Hyderabad, they are in charge of coordinating various departments, corporations and companies owned and undertaken by the state government. We do not need long manifestos to make us believe in what kinds of changes a candidate is capable of bringing about.  All we need are few basic amendments to improve the standards of our society and all it takes is a certain degree of professionalism in implementing them and imposing them. These demands are hand picked from various manifestos and are covered by most of the candidates. 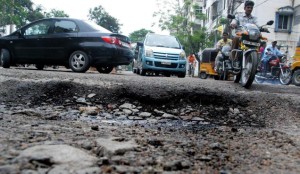 It has become a game of sorts, outsmarting these lifeless potholes on the road while we all try avoiding them. There’s a significant lack of road discipline caused by these unexplained potholes. A road without potholes and tyre puncturing speed breakers is very rare to find in our city. We don’t want to see crores of rupees being allotted for betterment of road transportation. But we want to see contractors laying roads professionally. It’s not a herculean task to route all underground manholes to certain points and build humpback bridges for across the road connections. This way HMWS & SB will not dig up roads and can operate these bridges with an even lesser maintenance cost. 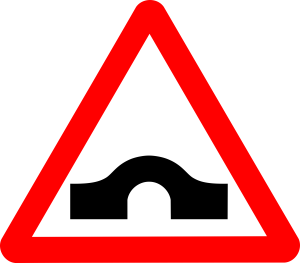 A humpback bridge
We wouldn’t mind these at all!

As of now the domestic and commercial water prices are less than thousand rupees. But the big challenge for the water department is handling the water crisis in summers. We see private water tankers  making the most benefit of such situations since booking a HMWS water tanker is closed for days together. It’s not a secret that these tankers are booked in “advance” mostly by important government officials and ministers. In fact, they don’t have to book them in advance, everything’s only a phone call away.  One effective way to curb water crisis is rain water harvesting in each construction. Imposition of water harvesting systems is restricted to official documents and environmental science textbooks. This is a very tragic situation as most of the rain water each monsoon goes wasted into sewage drains, often clogging up manholes. 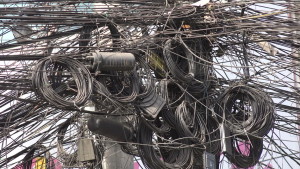 The government’s efforts in providing uninterrupted power supply are commendable. However, we would be happy to see reduction in current prices. If there’s no dearth for power(as propagated by some political parties), why does the price increase manifold with increase in each unit slab? Also, it would be great to see street lights and poles with minimal and hassle free wiring.

Most of the land in the inner city is used or over used. However, it’s assuring to know that many commercial infrastructures are rising up to meet the city’s growing demands. But we have to be mindful of environmental degradation it can bring about. Hyderabad is a beautiful city and we do not want to see it grow into a polluted concrete jungle. So please plan our city wisely and make room for parks and recreational activities. Report slum areas and relocate the troubled areas using the help of media.  A footpath to walk upon is a pedestrian’s right and shouldn’t be overlooked because of presumptuous statements of how people do not use them. Afforestation drives should be followed up with frequent watering of these samplings. We know that summer is upon us and watering these

No more crowded government hospitals. Not just the city’s population but people from all districts nearby converge at Gandhi, Osmania and NIMS Hospitals. A city with such population cannot call itself a metropolitan if it cannot provide proper health care. Not that we lack funds, human resource or medicines, but the initiative to have a conclusive solution to the ever demanding supply for health care is the last but the most important of challenges that candidates need to face.Lack of expertise cannot be accepted as outsourcing medical drive initiatives to private hospitals is a win-win situation and is definitely an alternative.
Promises made on manifestos need to manifest into reality. But does it’s administration inclusive of  all it’s personnel, have the professional and technical expertise? Urban planning is a separate, independent professional discipline and can carry out voluntary tasks if they are so inclined. There are more responsibilities and much more demands if we raise our thinking into each vertical held by the the GHMC. It is capable of notifying and making the State Road Transport Corporation accountable for all the buses which give out enormous smoke which is resulting in air pollution. It is also answerable to most of the queries which are dispatched from the Right to Information Offices. These elections do not receive a national stand as these are local affairs and there are numerous municipality elections held in other states. It’s the responsibility of the local media and the people to exercise their right to information because they are the direct victims of a loosely held elections. 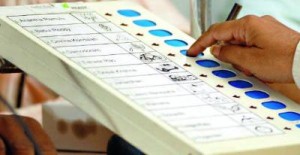 Know more about where you can cast your vote here:
http://www.ghmcelections.in/2016/01/ghmc-elections-2016-notification.html
and about GHMC here:
www.ghmc.gov.in
http://dashboard.ghmc.gov.in/

The corporate industry is notoriously famous for having the highest pay grade difference for employees working in the same company at different levels doing the same or similar jobs. This difference attracts several young engineers and management graduates into this... END_OF_DOCUMENT_TOKEN_TO_BE_REPLACED

“THE SWAT TEAM BURST IN. THERE WAS CURTIS GREEN COVERED IN COCAINE AND FLANKED BY TWO CHIHUAHUAS” ~The Untold Story of Silk Road by WIRED In early 2011, law enforcement agencies were caught with their pants down when drugs began... END_OF_DOCUMENT_TOKEN_TO_BE_REPLACED

Comfort space is personal to every individual. It allows you to be yourself and cherish the moments as they are with no judgment whatsoever. As for me, movies and music do the job. Speaking about movies, I have been exposed... END_OF_DOCUMENT_TOKEN_TO_BE_REPLACED

[Trigger Warning] The following reading contains potentially distressing information about self-harm. The reader is advised to use their discretion to continue reading.   Darkness cocooned her room, her heart twisted, churned, her fingers closed around her throat, nails digging into... END_OF_DOCUMENT_TOKEN_TO_BE_REPLACED

Each person does see the world in a different way. There is not a single, unifying, objective truth. We're all limited by our perspective. - Siri Hustvedt Perspective. It is a beautiful thing in a way that, all of us... END_OF_DOCUMENT_TOKEN_TO_BE_REPLACED