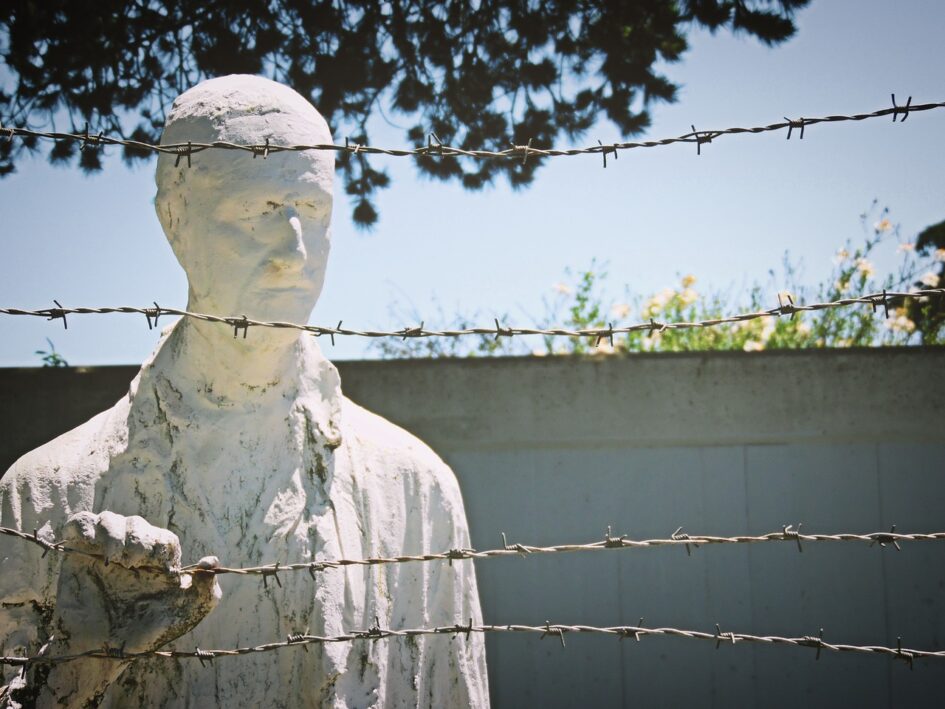 Have you heard of me? Of course, you haven’t. I am neither a Jew who survived and left memoirs of the Holocaust nor a German with some humanity. That is not me. I am just one of the 6 million Jews that have been systematically murdered. Not very unique, I know. Does that mean my tale is not worth telling? You decide.

It all started in 1939 when our country was invaded. The Germans had attacked Poland and gained control over the country. At first, it seemed like the only change that was made was the replacement of our governor with a German leader. But a few days later, the local newspaper came with an announcement, “I, the Mayor, hereby order that all Jews in the Warsaw district will wear visible emblems when out of doors. Jews who do not respect this decree will be severely punished.” And within months, came a second announcement- “There will be created a Jewish district in which Jews will have to reside. Jews living outside the prescribed area will have to move to the Jewish district by the 31st of October 1940.”  The first announcement segregated us while the second one isolated us.

Tiny living spaces, widespread poverty, and food scarcity. This was the Jewish District. And as seasons changed, things got worse and starvation began to take the lives of the impoverished. Dead bodies just lay everywhere and people walked past them as if nothing happened. I know it sounds horrible but that was the way things were. Everyone was just doing their best to make both ends meet. None of us had the time to care about the ones that were already lost to us.

Throughout this whole time, I was glad that our family was together. They were my silver lining. But as time progressed, the Nazis began to use their guns recklessly and killed anyone they pleased, especially the old and the crippled. In one incident, I saw the Nazis enter a building and kill every single one of the residents- children and old alike. And they were enjoying that.  Fear became a constant in our lives. And just when we thought that things couldn’t get any worse, we were resettled to labor camps.

It was the night of 27th April 1942. The Nazis came in and ordered us to empty our camp and assemble on the road. Some of us were chosen at random. I and Mark were chosen as the ‘lucky’ ones while the rest of our family was being taken to some other camp. We were being separated. But we had no choice but to comply. If we fought back, we would’ve been killed on the spot.

At our new place, we were supposed to work, but I was crying the whole time. Irritated by the ruckus, a German officer slapped me and ordered his men to send me back. As the soldiers were dragging my semi-conscious self away, I could hear the rest of the ‘lucky’ ones beg to go back to their families. The officer looked at us and laughed as he ordered his men to take us all back. It was at that moment that I realized we were all going to die. Nothing makes a Nazi happier than sending Jews to their deaths.

As I was about to reach the new labor camp, I felt fear creeping up on me. Not the fear of my death, but the fear of not finding my family among 60,000 others. Fear of them dying before I could get to them. But turns out, I truly was lucky. I found the rest of my family after only a couple of hours of searching. Tears of joy ran through my cheeks as I rushed to hug them tightly. “I wanted to see you… I wanted to be with you.” Those were the only words I could muster.

Hours later, I was shoved onto a train with my family and was locked inside. There was barely any room to stand. Wails of people ringed my ears as I was slowly passing out. I hadn’t eaten in days and I realized that I was dying. I was amidst my family, and I did not want them to cry. I did not want to die. But I could feel my body give away. With no choice left, I accepted death and allowed it to liberate me from this hell.

-From a Jew who did not make it.

This article is inspired by the movie The Pianist directed by Roman Polanski.

“Propaganda” in present-day English, refers to information or media (especially of biased or misleading nature) that is used to manipulate the audience to further an agenda. If you hear the word propaganda, it immediately alerts you to look out for... END_OF_DOCUMENT_TOKEN_TO_BE_REPLACED

Two things have always fascinated me as a child- words and crosswords. Which word should I say? How do I say it? Can it, in its barely ten letters, hardly three syllables, carry the whole meaning of what I want... END_OF_DOCUMENT_TOKEN_TO_BE_REPLACED