What to read: My Heart and Other Black Holes by Jasmine Warga 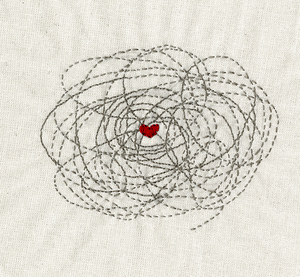 What to read: My Heart and Other Black Holes by Jasmine Warga

“ You’re like a grey sky.
You’re beautiful, even though you don’t want to be.”
― Jasmine Warga, My Heart and Other Black Holes. 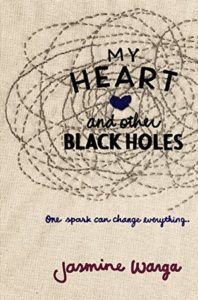 The book, “My Heart and other Black Holes”, is  Jasmine Warga’s debut novel. Before going any further, let me warn you that this book is about people suffering with depression and suicidal thoughts. It tells the story of Aysel(pronounced Uh-zell), who becomes depressed and suicidal after her father commits a hideous crime that leaves her hated by everyone in her small town. Aysel has been planning on committing suicide for a while now but, doesn’t trust herself to do it on her own. So, she finds a suicide partner in Roman, a boy who is haunted by a family tragedy. After spending  a lot of time together preparing for the big day, Aysel finds herself getting cold feet as their relationship develops and she’s unable to decide whether to live with Roman or die with him.

The writing was nothing really spectacular. I liked the small physics elements in the story which were linked with music. I also liked the fact that the author, Jasmine Warga, is a physics teacher and Aysel is a physics nerd and she always talks about how everyone has potential energy and wonders where this energy goes after a person dies. I really liked the striking honesty and emotion towards what depression is and how a suicidal person feels. It offered a perspective of mental illness where one can see a person suffering with it and you see that person apart from their illness. The characters are clearly depressed and troubled on the inside but they smile and look normal on the outside, which is exactly what depression makes people do.

Of all the characters in the book, I think I liked Ayzel the most. She wanted to die but lacked the guts to commit suicide. I think her attempts to die are a cry for help. She wasn’t doing it for attention by any means, but because she really wanted someone to notice that she was actually hurt and was in search of help. She was struggling a lot due to her father’s crime, and felt that she might commit the same kind of crime. This made her fear grow and and drove her into depression. Her suicidal thoughts stemmed from a place of desperation. So, I didn’t think she wanted to die. She wanted someone to help her find the will to live and she found that person in Roman. Roman is a very interesting character. His story is really heartbreaking and he holds so much guilt about the tragedy that happened that he won’t stop harboring it. The guilt is eating at him and the only way he thinks he can get rid of it is by taking his own life. My favorite part of this book are the characters. 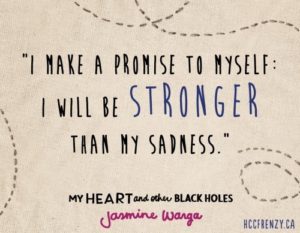 As far as plot is concerned, the fact that she used the concept of suicide partners, which I’ve not heard of before, but is an actual thing, is both scary and fascinating. And she could successfully build a conversation on how depression is real and that it can happen to anybody through Aysel and Roman. Aysel is a girl who never had many friends and everybody despised her, including her own mother. Roman, on the other hand is a handsome, famous basketball player and people love him. But both of them are equally suicidal and depressed. Half way through the book Ayzel gets cold feet because she wants to live with Roman but he’s very keen on dying.  So, it’s a whole tension between wanting to live and wanting to die and there are equal reasons for both.

My rating for this book is as follows:

Overall, I loved this book. There are many concepts introduced through the book that go very well with each other. This book is definitely a conversation starter and everyone will relate to one or more parts of this book. I really appreciated the way it deals with the topics of suicide and depression. Although it was very dark in many ways and was hard to grasp at times, it still has a hopeful note which I really liked.

“What is it about being blind that it makes you want to walk the dog the whole time?” “When it comes to environment, it's not us but our children and our children's children that will pay for our mistakes, which... END_OF_DOCUMENT_TOKEN_TO_BE_REPLACED

For the fourth time this week, I woke up at my desk. It wasn’t very comfortable: most of the space was taken up by an assortment of empty Red Bull cans and coffee cups. Clutter never bothered me though, it’s... END_OF_DOCUMENT_TOKEN_TO_BE_REPLACED

Police sirens, an opened door, a step out of the flat that had been an abode and a prison for 6-years-9 months-23 days—freedom at last?   Julian Assange was under no such false impression as the British police dragged him... END_OF_DOCUMENT_TOKEN_TO_BE_REPLACED

Hope was an absurd emotion.   It was a chilly midnight when it happened for the first time. Monique was a light sleeper. After all, it didn’t take much more than a dull, heavy thud for him to jolt awake... END_OF_DOCUMENT_TOKEN_TO_BE_REPLACED

Well, well, well. Something interesting has finally caught your attention in this painfully boring and monotonous life. You dash to the most convenient online marketplace to find the materialistic item that fuels your dopamine rush. These platforms help connect buyers... END_OF_DOCUMENT_TOKEN_TO_BE_REPLACED