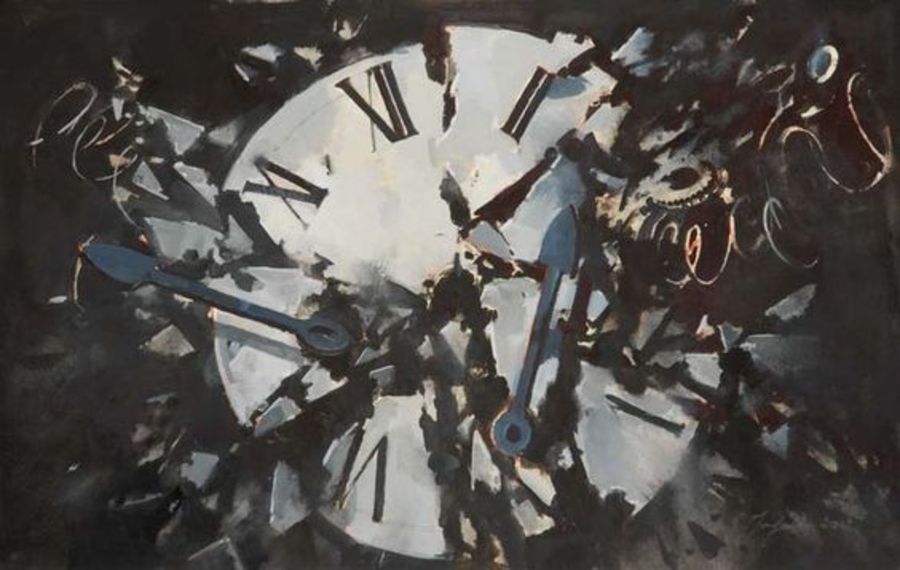 What’s the big deal about immortality? You have all the time in the world to do whatever you want, to eat as many plates of biryani as you want, post as many pictures on Instagram as you want, visit as many places as you want because you never have to die! Why do we not want to die?

For some people, it feels like they are racing against time. They have a few limited years before death closes in on them with resounding finality. There are things to do. Places to be. People to meet. They have a thirst for knowledge, a thirst to experience as much as they possibly can. To breathe it all in and to feel it all. Dying means putting a time limit on this.

From a biological perspective, the point of life is the continuation of life. All living beings are hardwired to ensure the continuation of their species. As humans, we have evolved far enough for this need to apply to our individual self. So for some people dying means an end to the ‘value’ they have attached to this existence.

The fact of mortality influences all these people differently.

For the first kind, mortality drives them to make most of the time they have. It sets a time limit on what they can do in a single lifetime, giving birth to explorers, scholars, discoverers and wanderers.

For the second kind of people, it drives them to touch lives in any known way they can. They try to leave a mark in the lives of others before they die. We have the altruists, the caregivers and the philanthropists to name a few.

For our last group of people, mortality triggers a need to leave a part of themselves behind- a mark, a legacy- that would continue to exist even after they die. Death pressures them to leave a material existence of their life behind. To find a space in the world when they are no longer a part of it. They immortalize themselves through art, music, writing and conquest.

What we have in abundance is what we take for granted. And the things we take for granted are those which we do not appreciate. It is the expiry date on things which makes them more beautiful. We appreciate sunsets because there are only a limited number of sunsets we can watch. If we had forever, though it might be the same sun rising and setting we might not look at it the same. We hold our breath in awe when we watch a flower blossom because we know this is not something that happens every day of the year. We hurry in time for the bloom because we know that if we are too late they would start withering away.

But what if they were in bloom all year long? What if they never withered? If you had forever, what could possibly catch your breath? If you knew you couldn’t die, what would get your heart pumping and your blood rushing?

When you are alive, you have the whole universe existing for you. You can taste the small grains of salt or witness a spectacular meteor shower. In death it all becomes meaningless. It is the lack of meaning in death that makes life more meaningful. It is knowing all will be lost once which makes us want to make the most of what we have now.

Inspired by Circe by Madeline Miller

2020 has been a disaster so far with the deadly virus, the lockdown making us stay in our homes, juggling between our broken sleep cycles, helping with house chores, and trying out new recipes. We are watching a huge amount... END_OF_DOCUMENT_TOKEN_TO_BE_REPLACED

Beneath the wild sky, Here I stay in the busiest of cities. I am the tree outside your glazed windows, Swaying away to every puff of the wind. Bazillions of times, the trees along the road I stay, Have perished,... END_OF_DOCUMENT_TOKEN_TO_BE_REPLACED

When the year began with rampant bush fires in Australia, an almost-triggered-the-world-war-3 magnitude conflict between the USA and Iran, and the tragic deaths of Kobe and Gigi Bryant, people thought, just maybe, we've had our share of trials and tribulations... END_OF_DOCUMENT_TOKEN_TO_BE_REPLACED

"Domestic workers go without salaries, work during the lockdown", headlined India Today.   The global novel Coronavirus is keeping us on hold in our homes. While we let it all hang and begin to discover our passions, the burden of... END_OF_DOCUMENT_TOKEN_TO_BE_REPLACED

A short nostalgia of the past two years, How I understood things and had overcome my fears.   Young in blood and just out of school, Grades and accolades that'd make everyone drool.   I said to myself, "It... END_OF_DOCUMENT_TOKEN_TO_BE_REPLACED