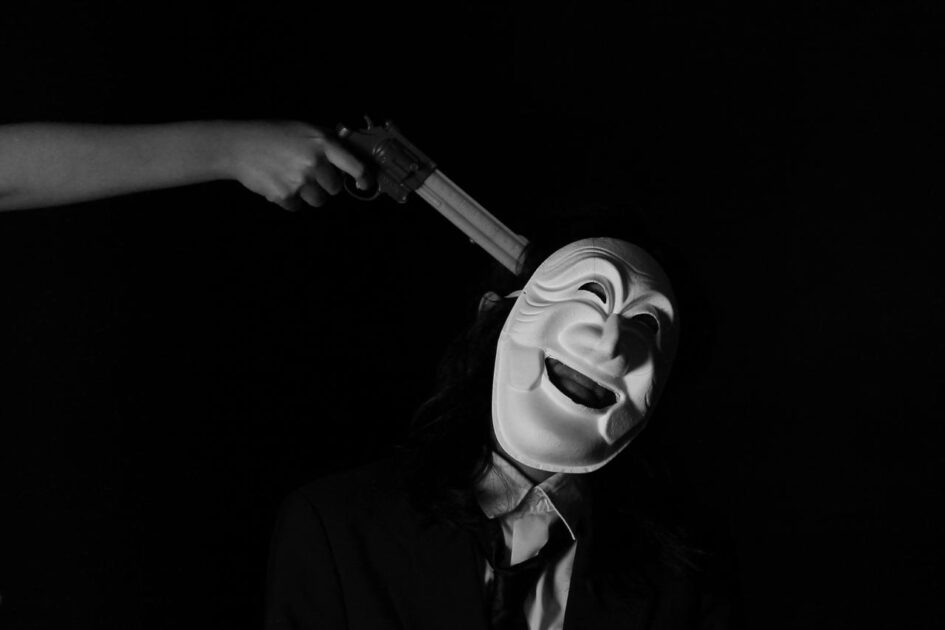 Luckily, I reached home without anybody noticing. Coal was chilling with the television on. On seeing me, he danced around wagging his tail. It seems like my absence this evening made him miss me.

I gave him a warm hug. Given his size, it seemed like it was the Great Dane who was holding me.

I went on to have some coffee, after all, I needed it. Carrying a heavy box all alone under my coat so that it would not catch anybody’s eye was not an easy task. Suddenly, my phone rang. I picked up reluctantly.

“You murdered Alice and stole the metal box. You will be definitely behind the bars, Miss Macy”, spoke a voice.

I had no words. My tongue was frozen.

“What! I did not murder anybody and neither did I steal anything. What are you talking about? Who are you?”

There was a weird yet vamp-like laugh. “This could be the statement of police if you would want to.”

“What you heard Macy. I have all the evidence that can prove you are a wicked and greedy murderer. I have the shovel that you left while taking the box with you. Your fingerprints can easily be extracted. You went to Meadow Field Storage that night and I hope you did not forget your presence at Oyster roast when Alice was murdered.”

I was completely shocked. I could not believe my ears and the fact that someone could frame such a story where an innocent is proven as a murderer.

Before I could utter a word, I heard the voice again.

“Don’t worry Macy! I’m here to help you. You will be happy and live your life normally if you do as I say.”

It did not even take a minute for me to understand that it was a trap to have taken the metal box. Now my instinct grew stronger about the box. There was something very precious in that metal box. I was very quick to reply a ‘yes’ so I could follow up on the REAL culprit.

“Well done, Macy! You’re smarter than I thought. Listen to me carefully. Five kilometres west of your home there is a mailbox with an abandoned shed right opposite to it. Drop the metal box as it is at sharp 11:00 pm. Needless to say, come alone!” The phone cut. I had planned the visit while listening.

My heart started beating like never before. Everything was set. The culprit had no chance to escape with detective Hatcher and my DEA brother covering the area.

I could not stop my adrenaline rush. Suddenly, there was a man covered in black from head to toe. He looked around, finding no one around, the man bent and attempted to take hold of the box.

We had found the murderer. I was very curious to know who it was. Detective Hatcher and Bo caught him red-handedly and arrested him. When he was exposed, everyone there was shocked to see who it was. An old man and a psychiatrist ‘DOC SCHNEIDER’. Now Doc was under police custody.

We had reached home.

“It was a long night. Go have some sleep”, Bo said.

“I don’t think what we saw is true. How could the Doc murder Alice? He was with me when Alice was murdered. And it was him who was trusted by Gerard. Something’s fishy. Let’s go to his place. I’m sure we will find something.”

“He was caught red-handed”, said Bo.

“I know but the Doc was with me when she was murdered. Moreover, it was the Doc who brought Coal to Summers’s shelter. I would like to talk to his wife once.”

“Hatcher told that Mrs Schneider was not lifting the call. She is not at their place.” Bo reported.

The feeling in me was getting stronger. I somehow convinced Bo to join me. “Please! I need to go. I don’t think the Doc is behind all this”.

Although the fact that it was the Doc who gave me the storage keys was also stuck on my mind. But again, his presence with me during the murder kept that thought away.

The Doc’s door was left open. There was a broken pendant near the entrance. The house had no one with a chair fallen on the ground and a phone near it. I was about to take the phone while Bo put his handkerchief between.

“Careful, sis. You do not want to tamper possible evidence.”

The last call was with her husband which continued for more than an hour. “Wait, I got a call around 10:15 pm and lasted for about 15 minutes. The couple was talking for an hour from 9:54 to 10:56. How could it be possible? If it was the Doc who had called me then how could he speak to his wife at the same time?”

Bo looked at me and for the first time, he was believing my instinct.

“Let’s take it to the detective. They will track the conversation”, said Bo.

I agreed. Before leaving, I thought it was a good idea to take pictures of the house and importantly not forgetting the pendant.

Mrs Schneider was kidnapped! The conversation that seemed to be lasting for an hour was not just between the couple but also the kidnapper. Adding to the sudden twist, the kidnapper was a female!

We took Coal to Doc’s place. We let him take a whiff of the smell of the pendant and he sniffed around.

The Great Dane barked, indicating that he may have found the source or maybe the real culprit. He got the pace and we followed him.

“Come on my boy!” I boosted his already boosted morale. We landed at a place where the dim flickering street lights were the only source of light.

We could hear someone talking in the shadows.

“Why didn’t the Doc return yet? Doesn’t your husband love you? If he doesn’t come to me with that metal box this would be your last dawn, Mrs Schneider.” It sounded just like the voice of the woman from the phone call. We immediately knew it was the culprit.

“Probably it is you who would not see the next sunrise”, said detective Hatcher as he drew his gun out and pointed at her.

The dawn broke and we could see everything. The face of the woman lighted and it was the posh lady Mrs ISABELLA RHODES.

She knew of this art fencing and had planned to take the metal box which had a rare piece of art: The Amber piece. She was the one who called me and threatened the Doc by kidnapping his wife.

The Doc was released and the true murderer, Isabella, was behind the bars. Coal licked my feet and I was proud of my dog.

The scene opens in a jury room, where a decision is to be taken on the death sentence of a man accused of murder. After voting, each juror explains why they feel the accused is guilty or not guilty. One... END_OF_DOCUMENT_TOKEN_TO_BE_REPLACED

Did your 8-year-old self ever wish for that awesome Pixar movie that you watched, and you watched, then you watched again, to be real? Because I did!  I had a dream. I wished I was a car so that I... END_OF_DOCUMENT_TOKEN_TO_BE_REPLACED

It feels like just a week ago when the internet was bombarded with memes of Will Smith slapping Chris Rock at the 2022 Oscars. Ah, what a moment. The Cannes Film Festival too ended just recently, leaving us waiting for... END_OF_DOCUMENT_TOKEN_TO_BE_REPLACED

Faith has always been considered as one of the most inherently pure and pious things, across any and every religion and every school of a belief system based on the concept of God. That is probably because every single one... END_OF_DOCUMENT_TOKEN_TO_BE_REPLACED