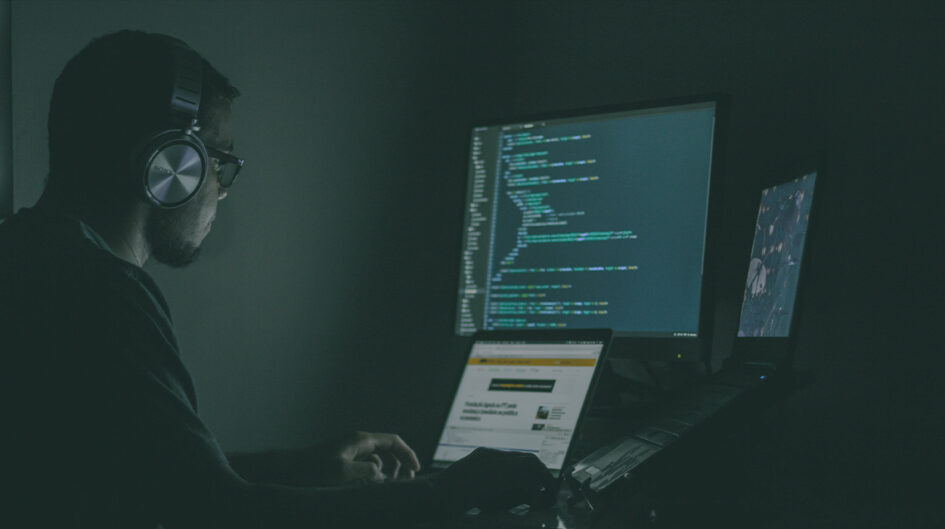 Humans lately have evolved, trying to bring about reforms in society and break stereotypes. However, we keep moving in circles when it comes to its impact. It was on 16th September 1987, the Montreal Protocol was signed and we are yet to act on Climate Change. The Civil Rights Act was signed in 1957 and we continue to struggle with discrimination towards people of colour. If you’d ask me where I see the world in 2050, I will tell you that I don’t see a world with flying cars nor do I see a world that has been reduced to ashes. I see a world where we’re still protesting against today’s issues due to the approach towards problems in society.

While we delve into the most complex systems and ideas, it’s the simple tricks and laws of nature that debunk them. All it took for the Vietnamese citizens to defeat the Americans with the most advanced weapons were booby traps. The fall of the Berlin wall marked the end of communism in Eastern Europe. Similarly, a phishing email from a 17-year-old led to the biggest scam in the internet history.

It was on 17th July 2020 at around 2 am when I came across a hashtag about Bill Gates’  Twitter account being hacked. I immediately checked my Twitter and saw a post on Elon Musk’s account sharing his bitcoin details, claiming a generous BTC exchange. It was the same tweet that the hacker had allegedly made on Bill Gates’ account. The accounts of the Founder and the CEO of the two biggest companies had been hacked! And what followed was chaos.

In an hour several celebrity accounts were hacked and similar fraudulent tweets were made. Some of the people whose accounts were hacked are Jeff Bezos, the CEO of Amazon, Barack Obama, the former President of USA, Joe Biden, Democratic Nominee for President of the United States, Mike Bloomberg, Entrepreneur and Former Mayor of New York City, Kanye West, Wiz Khalifa, Floyd Mayweather and official accounts of Uber and Apple. Not only did they target these high profile accounts but also the accounts of some of the most famous cryptocurrency trading entities in the world like Binance, Kash, Kucoin, Tron Foundation, etc. Twitteratis called it a ‘bit-con’ scam.

Twitter support had immediately released a statement regarding this major security breach and then this happened: 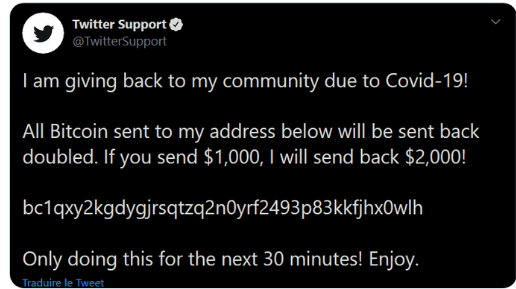 Following this pandemonium, Twitter decided to temporarily shut the accounts of those that have been affected and removed the tweet feature for all the verified accounts.

Various users shared screenshots from the dark web where a certain user had been advertising his hacking tools. The user offered to charge a comparatively small sum for a tweet with any verified account’s access. It had come to Twitter’s notice that someone had gained access to the database as one of Twitter’s superuser privileges. 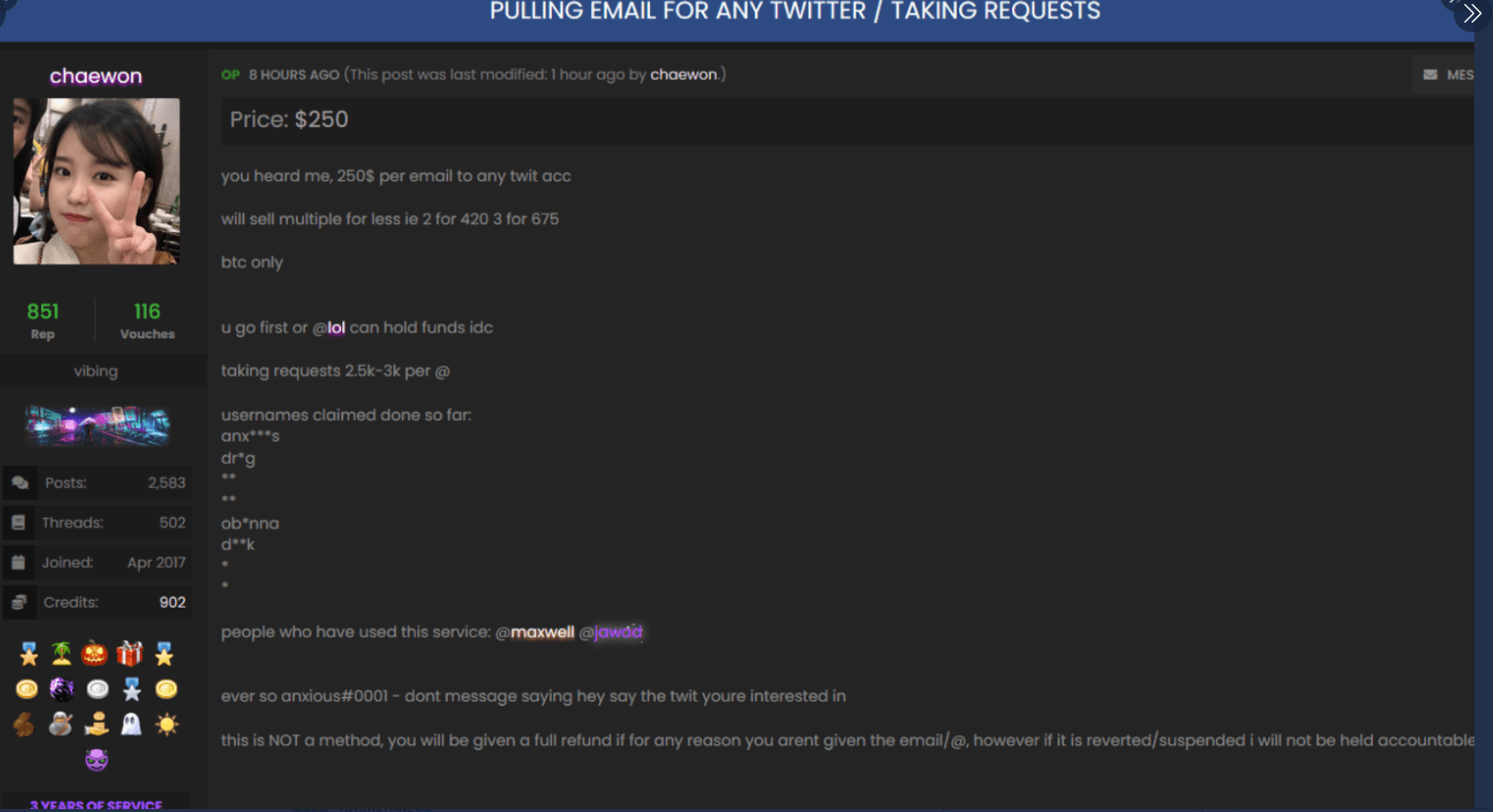 Twitter called it a social-engineering attack and then soon launched an investigation. While this looked like a serious case of a cybersecurity breach, the investigation team looked at various hackers’ activities and also investigated the dark web for any possible traces.

Well, the scammers were able to trick Twitter users $374,000 worth bitcoin before social media and the news were bombarded with this major cybercrime. But surprisingly, the hackers continued to post those tweets and Twitter users wondered if the motive of this attack was just to scam a few bitcoin users because $374,000 was not worth the risk. Maybe it was a free advertisement on the dark web for selling personal data of Twitter users? Maybe the group of hackers wanted to prove a point? And all of it happened during the US Presidential elections and the BLM movement.

Twitter then investigated for a trail among OGusers. Well, let me explain to you who the OGusers are; OG is short for original gangsters. OGusers is a forum/platform with a bunch of people around the world that are famous on the dark web and hacking systems and is an underground subculture of hackers. This is a community of people that have hacked into the databases of the most sophisticated virtual systems of the US government. Certain members of this community are said to have similar traits and quirks. They are also said to have a relatable past as that of victims of bullying and harassment. Most of them are also professional Minecraft players and like to live their lives like a stereotypical tech geek. 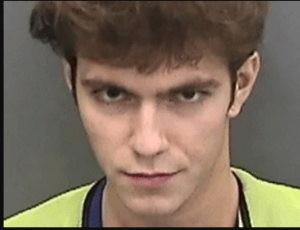 Getting to the culprits would’ve been difficult if it were not because of the mastermind’s unusual activities. The mastermind of this attack, Clark, used an alias ‘Graham$’, and called himself a ‘’full-time crypto trader dropout”. He was banned from the community upon failing to pay one of the users in return for the bitcoin trade-deal. He also used another alias “Scrim”, who planted SIM swapping attacks on various bitcoin traders. In April, he hacked into a trader’s phone and stole $860,000 worth bitcoin from him. The Secret Service had then seized his account but had not charged him as he was a minor. He was seen flexing a Rolex and a BMW 3 series car to his fellow Minecraft players.

Finally, three people were charged with the crime, and Graham Ivan Clark, a 17-year-old was declared the mastermind behind the attack. The authorities also came across a post where Clark and his accomplices had bragged of getting accounts with desirable usernames. Clark faced 30 felony charges for committing what is called“the biggest bit-con scam in the internet history”, and the outcome being the tech world questioning the vulnerability of data on the internet.

This article of mine is inspired by the book, the Glass Palace, by Amitav Ghosh which was given to me as a part of this edition’s book project. I was able to relate the transitions in the thriving periods like that of Indian Independence and worldwide connectivity and the internet.

TRIGGER WARNING: This article contains instances of extreme violence associated with the 26/11 Mumbai attacks, reader discretion is advised. Life can come out as different things at different instances but of all, it is extremely unpredictable. One can only hope... END_OF_DOCUMENT_TOKEN_TO_BE_REPLACED

It was New Year’s Eve of 2019 and another seemingly ordinary year for me was coming to an end with a breathtaking view. The sun was presiding over the majestic hills of Nuwara Eliya, giving the stratus clouds a candy-like... END_OF_DOCUMENT_TOKEN_TO_BE_REPLACED

TRIGGER WARNING: This article contains instances of extreme violence associated with The Partition of India and Pakistan, reader discretion is advised. We returned home from the Gurudwara. I headed towards my room and plopped onto the bed,  shot my head... END_OF_DOCUMENT_TOKEN_TO_BE_REPLACED

From the beginning of everything, all I wished for, Was to be anything other than a phenomenon. All I wanted was to be alive and be missed, But I only have one path now, I march on.   Constant and... END_OF_DOCUMENT_TOKEN_TO_BE_REPLACED

What makes a modern smartphone smart is its ability to connect to the internet and its functions like video playback, music, cameras, and gaming. The Candybar touchscreen form factor of smartphones has been in existence since 2006 or so, the... END_OF_DOCUMENT_TOKEN_TO_BE_REPLACED