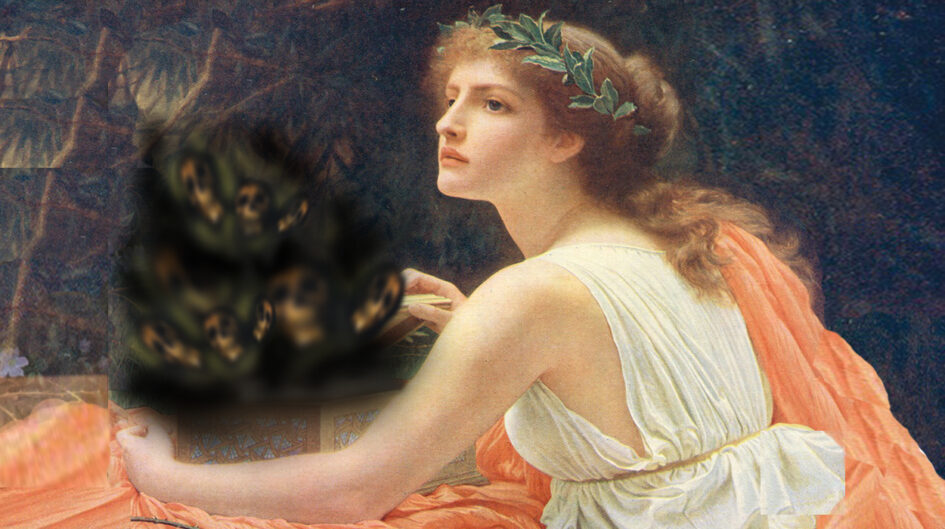 If you are given a box, and you do not know what it contains, will you open it? If someone tells you that it is empty and asks you not to open it, will you still do it? The answer to both these questions is a yes. To simply put it: regardless of the situation, the only constant is the curiosity to find out. From a YouTube video with a clickbait to spam messages that tell you you won the lottery, you always fall for it the first time (if there is a second time, you might want to consider introspection). Curiosity drives us to strive for unlikely possibilities, but are there consequences to being extremely curious?

A thunderbolt may remind you of a blood-curdling noise or lightning or a storm, while my mind can only wonder about the endless possibilities of what is going down in Olympus. Olympus is the home of the Gods. Sitting on the centre throne is the mighty Zeus. Zeus, the god of thunder, is known for his anger, wrath, and immense power. Thunderbolts are associated with him. He liked to play games and not the ones that hurt your knee, but the ones that hurt your soul, or worse. Everyone knew better than to mess with Zeus.

Although Zeus was never big on friends, he had one friend, Prometheus. Zeus believed Prometheus to be a great friend and his best confidant. Prometheus was an excellent craftsman and a forethinker. While creating the humans, Zeus asked Prometheus for his hand in crafting the humans, everything from shape to colour. Prometheus, being a great friend, agreed. Days passed and Prometheus became successful in creating humans. Slowly, the universe began. Prometheus taught humans almost everything with the help of his brother, Epimetheus. The only thing forbidden was the introduction of fire. Zeus did not want fire in the hands of humans. Since fire is one of the core five elements, humans were never to discover it.

Prometheus loved humans. He was delighted with his creation, but he felt a void in his heart. Fire, he thought. He thought humans could do so much better with fire. Prometheus had to bestow fire to his lovely humans; he would deal with Zeus later. A lifetime of friendship for his newly found love was a deal Prometheus was ready to make. Call it betrayal, treachery, or selfishness, Prometheus did not think twice.

Humans and fire, everything Zeus dreaded and everything Prometheus desired, the beginning of Prometheus’ end set about. Zeus was furious and he longed for revenge. He had a master plan that circled Pandora. Pandora, like the name, was beautiful. She was a mortal woman. Hephaestus carved her to perfection. Eventually, Epimetheus and Pandora married and fell in love with each other. Zeus handed Pandora a box, like a wedding present of some sort. During this exchange, Zeus told her not to open the box but also that it is empty. “If the box is empty, why not open it? An empty box? Was that code for something?”, she wondered. She could not wrap her mind around it.

Now, the only rule here was to never, ever open the box. When someone asks you not to do something, a part of you that is curious, stupid, or both nudges you towards it. Should one not be curious and live a life of constant hopelessness? Pandora was human, and just like any other human, she was keen to know what was inside the box. Did the jar contain magical spells that would make her a God or the worst curse ever to be known? Wasn’t the box empty? Or so she thought.

She opened the box anyway and the world was never the same again. This simple ordeal brought humanity drought, damage, death, misery, and chaos. Zeus’ plan of action had worked. With all her strength, she banged the lid of the box shut. One last thing left in the box was Hope, the light at the end of the tunnel. Sometimes, you may have to look past the darkness to find out that Hope awaits.

Had Pandora chosen not to open the box, it would have left people carefree and all the misery in the world would never come into existence. It is an easy choice: to do or not to do. Most of the time, the choices we make are affected by curiosity. Sometimes these choices lead us to potentially unpleasant and severe outcomes that do us more bad than good. Does this imply that extreme consequences must be considered every time we make a choice? While it’s hard for some people to simply make a choice, always considering the worst-case scenario will not make it any easier. Furthermore, this would destroy one’s spirit.

As for Pandora, the innate curiosity in her chose for her. There is always an itch or a drive to discover, learn, find out about anything and everything. There is always a ‘why’ in our minds at every step of our way. Humans know to be curious without purpose sometimes. While that might not lead us to the best of outcomes, at least we won’t live a life wondering what could have been. There is never a ‘right’ level of curiosity. You simply have to be and let things occur.

Each person does see the world in a different way. There is not a single, unifying, objective truth. We're all limited by our perspective. - Siri Hustvedt Perspective. It is a beautiful thing in a way that, all of us... END_OF_DOCUMENT_TOKEN_TO_BE_REPLACED

[Trigger Warning] The following reading contains potentially distressing information about self-harm. The reader is advised to use their discretion to continue reading.   Darkness cocooned her room, her heart twisted, churned, her fingers closed around her throat, nails digging into... END_OF_DOCUMENT_TOKEN_TO_BE_REPLACED

[Trigger Warning] The following reading contains potentially distressing information about violence, brutality and sadistic practices. The reader is advised to use their discretion to continue reading. “For the last time, you don’t have to do this. They will finish the... END_OF_DOCUMENT_TOKEN_TO_BE_REPLACED

“THE SWAT TEAM BURST IN. THERE WAS CURTIS GREEN COVERED IN COCAINE AND FLANKED BY TWO CHIHUAHUAS” ~The Untold Story of Silk Road by WIRED In early 2011, law enforcement agencies were caught with their pants down when drugs began... END_OF_DOCUMENT_TOKEN_TO_BE_REPLACED

Growing up watching Sci-fi movies, I always imagined myself living in a fully automated world with all these cool tech devices- flying sneakers, teleportation units, and whatnot. Something as dreamy as the “first cognitive city” proposed to be built in... END_OF_DOCUMENT_TOKEN_TO_BE_REPLACED