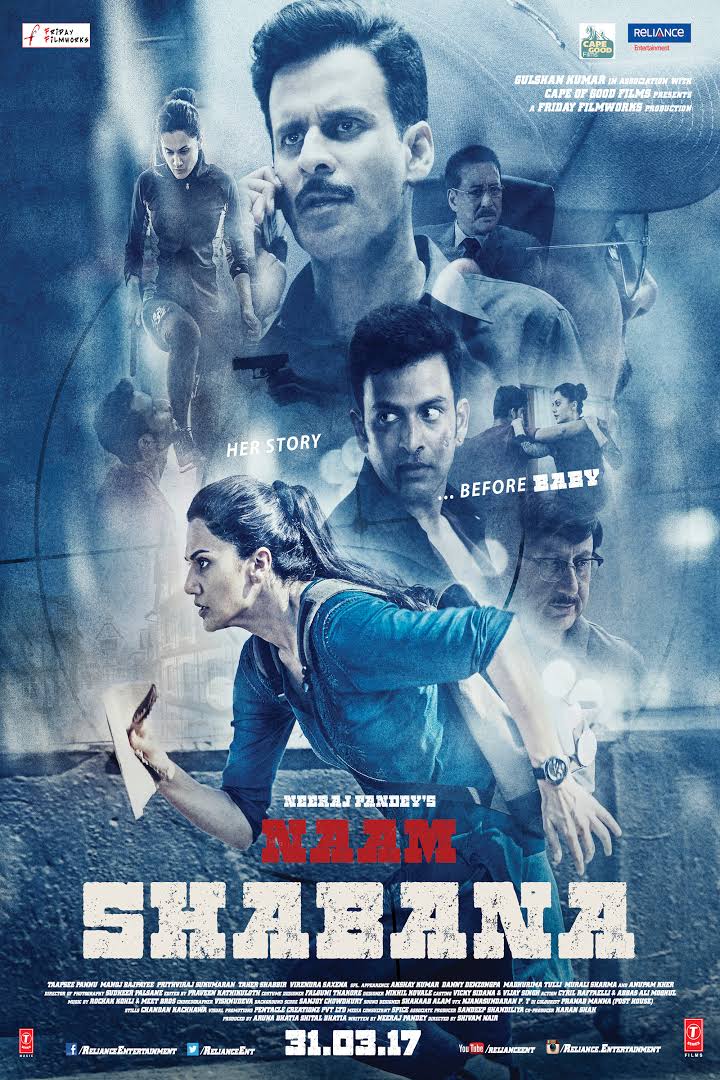 Naam Shabana, has been made as a prequel to the film Baby (2015), which was written and directed by Neeraj Pandey. But, Naam Shabana was  directed by  Mr. Shivam Nair and that’s probably why the movie lost all its charm.
Both the movies deal with the functioning of the undercover Indian Intelligence Agencies.
The storyline of Naam Shabana was probably meant to show the recruitment process of the undercover intelligence agents along with the concept of empowering women. But the movie failed in trying to show the latter.
This prequel was probably made because the media praised agent Shabana’s (Taapsee) cameo in Baby. Her brisk action-sequence in a Kathmandu hotel room, when accompanying Ajay Singh (Akshay Kumar) on a mission, provided the required adrenaline-rush. Taking the praise to heart, this time around, the makers dedicated 148 minutes to the spunky agent. The running time is the film’s first inherent flaw. Frankly, Shabana shone in Baby because she was in a cameo. 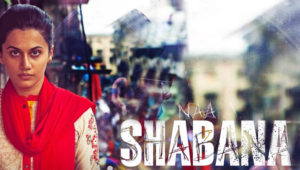 Unfortunately, it is not just the direction that falters. Neeraj Pandey’s screenplay isn’t as taut as his previous outings either. It lacks the depth of A Wednesday, Baby and Special 26. Unlike his previous stints, even the most important operations and suspense sequences are either predictable or funny.
The movie deals with two genres, revenge and  spy thriller. The entire first half is the revenge part which is meted out in typical Bollywood style —a tragedy, a dark past, momentary happiness and the sudden occurrence of yet another tragic incident, while the second half is where the spy thriller kicks in, but doesn’t really have any edge of the seat suspense moments at all.
The support cast, Danny Denzongpa, Manoj Bajpayee and Anupam Kher are good in their roles but the script does not allow them to help raise the film to an extraordinary level.
Taapsee delivers some knockout punches and shows full dedication to  her training to become an undercover agent, but doesn’t play the role of a girl with a dark past very well. As for Akshay, he seems happy to lend his superstar-presence.
Watch it if you have no other weekend plans or if you’re a die-hard fan of any one of the actors!

“Hand me the gun and don’t move a muscle”, an injured Shankar Narayan whispers to his son, while they take cover under an old Contessa. The little boy does exactly as his father says, his hands trembling, desperately trying to... END_OF_DOCUMENT_TOKEN_TO_BE_REPLACED

The lockdown, for most of you, was the most boring time of my life. Six months of staying at home didn't do me any good apart from the fact that it brought me and my dad closer by giving us... END_OF_DOCUMENT_TOKEN_TO_BE_REPLACED

It feels like just a week ago when the internet was bombarded with memes of Will Smith slapping Chris Rock at the 2022 Oscars. Ah, what a moment. The Cannes Film Festival too ended just recently, leaving us waiting for... END_OF_DOCUMENT_TOKEN_TO_BE_REPLACED

Did your 8-year-old self ever wish for that awesome Pixar movie that you watched, and you watched, then you watched again, to be real? Because I did!  I had a dream. I wished I was a car so that I... END_OF_DOCUMENT_TOKEN_TO_BE_REPLACED