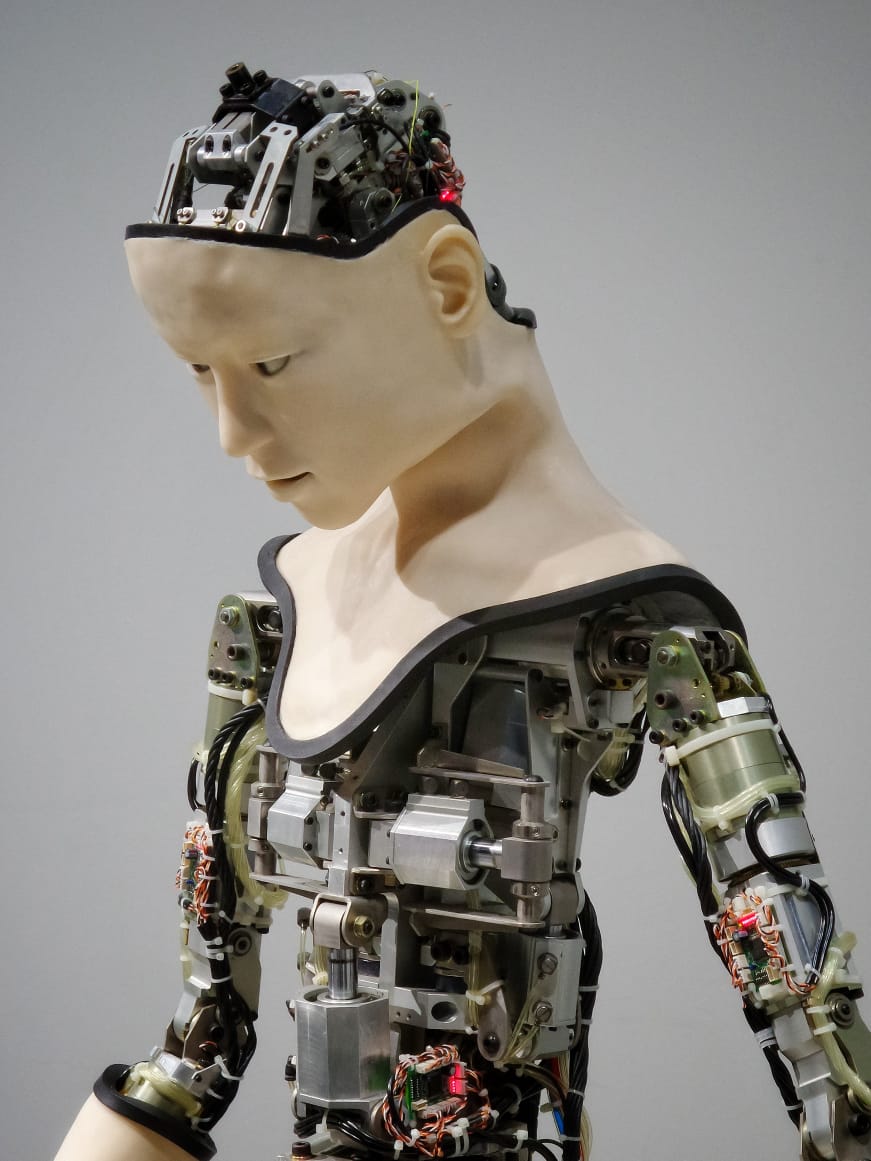 Susan Calvin and Peter Bogert were at the table debating the deployment of DZ-27 robots. Their receptors could be used to track the synapses of the positronic brains of other robots. In other words, they could read the robots’ minds. Susan saw this as a great way to spot robots with malicious minds, while Peter’s faith in the three laws of robotics barred him from exploring such a possibility.

A deafening siren came all of a sudden, as though to save the table from being set on fire with their heated arguments. They reached the control room with haste.

It was a hologram from General Krishna-

“Dr.Calvin, we have a problem with a coal mine in India. Three mining inspectors have been held captive by our emergency response robots. We tried to get into the mine but the entrance is being guarded by one of those robots. The employees are in a safety chamber and have access to all necessities and communication facilities. Any attempt to negotiate will go in vain as the robots are IV-15 models. I’ve sent the coordinates through Interplanetary Positioning System to your flight car. Please try to reach as soon as possible.”

“What are IV-15 robots?” Peter inquired.

“I’ll tell you on the way, first pack your stuff. We’re taking Daisy with us.”

Susan started explaining on their way “Ivy robots (IV-15) were designed to safeguard those who work in extreme conditions, Peter. They’re made up of the lightest and strongest metal in the solar system and can travel with supersonic speeds, with which they rescue miners from potential collapses and gas leakages.”

“But for their receptors and brains to work so quickly -” Peter interrupted.

They reached the mine and met General Krishna. The General arranged for a holographic conference for Peter and Susan with the miners.

Susan enquired them for two full hours, only for a few drops of sweat and a bit of information, that Ivy robots frequently check the composition of air and sense vibrations with an inbuilt super-seismometer. In case of a collapse or gas leak, they were to be brought upwards through the emergency elevator, which proved to be fully functional.

“Nothing!” she yelled with her forehead on her virtual notebook.

“Why don’t we try using Daisy?” Peter asked with hope.

“Sure! Activate her now”

“Daisy, we need you to get to the gate and capture the complete database of their brains,” Peter instructed after Daisy finished booting.

Daisy went close to the first gate and came back with valuable information.

“A virus?” they cried in unison.

Peter quickly went through the database. The virus was nothing but influenza. There was a sigh of relief.

“But why did they lock those inspectors?” asked General Krishna.

“According to the first law of robotics- a robot may not injure a human being, or, through inaction, allow a human being to come to harm. The virus is communicable and could be a threat to other humans.”

“They sure know it, General, but contracting the disease could cause symptoms which are in a way harmful.”

Susan interrupted with a question to the General “Do you have CCTV recordings of robots obstructing people who’ve tried getting into the mine?”

The General led her to a monitor. She observed the video and asked the others to leave her alone. She then asked for conversations with the people who tried to get into the mine and held a conference with the mining inspectors again. After a few minutes of analyzing the database, she came to General Krishna and asked for four pairs of surgical masks and goggles.

Peter and General looked with amazement through the monitor as she leisurely walked into the safety chamber, asked the inspectors to wear masks and goggles, and brought them straight to him without any of the robots even coming close to them.

“All we had to do was wear a mask to prevent the spread of the virus. The robots would be sure that the inspectors would be safe and let them out.” Krishna said as he applauded for Susan.

On their way back, Peter said “You seem to be developing a sense for fashion, Susan.”

“Why do you say that?” She lifted her eyebrows.

“The goggles, you looked good in them.”

“Peter, the goggles and masks were to shield my face and manipulate the facial recognition algorithm of the Ivy robots. Did you not notice that they use Convolutional Neural Networks to detect human faces? According to them, when I wore a mask and goggles I wasn’t even a human being.”

-Based on Isaac Asimov’s ‘I, Robot’

The scene opens in a jury room, where a decision is to be taken on the death sentence of a man accused of murder. After voting, each juror explains why they feel the accused is guilty or not guilty. One... END_OF_DOCUMENT_TOKEN_TO_BE_REPLACED

Ayrton Senna. A man whose legacy lives on to this day. Most modern-day drivers look up to him. He has won 41 Grand Prix in 162 races, has been on the podium 80 times, and has won the world drivers championship... END_OF_DOCUMENT_TOKEN_TO_BE_REPLACED

The lockdown, for most of you, was the most boring time of my life. Six months of staying at home didn't do me any good apart from the fact that it brought me and my dad closer by giving us... END_OF_DOCUMENT_TOKEN_TO_BE_REPLACED