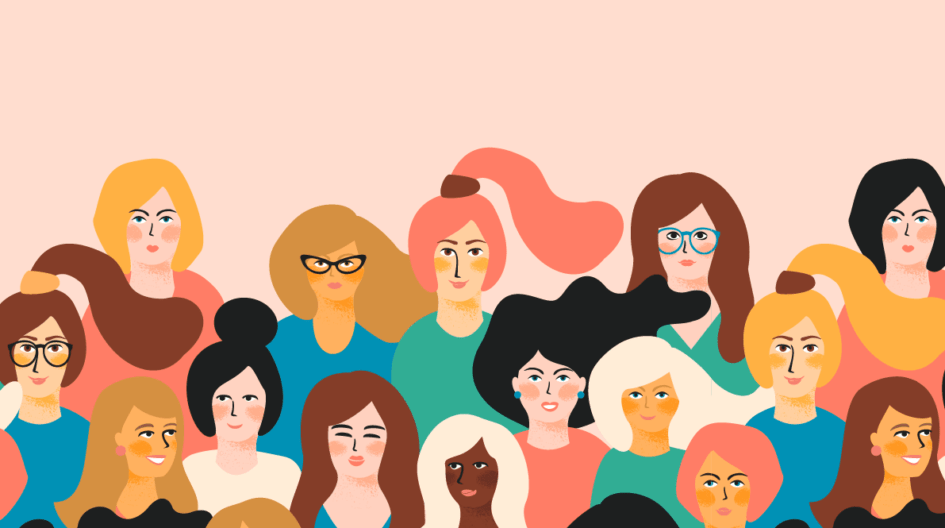 The whole world on our shoulders, no rest, no peace.
Tension in the air, and so much unease.
So much to say, but where to begin?
We are the descendants of difficult women.

Diabolical, dreadful, wicked- torched at the stake for their crimes
as we coined sing-alongs and danced to the tunes of those burning times,
sweetly narrating to the children, tales of witches that kill.
Witches? or women of free will?

It started when she slouched while her governess looked on in dismay;
Be a lady, one that is seen less and heard even lesser, they say.
Their stories we forget, whose backs bore the crack of the whip.
She has learned to respond to subdual with a pun and quip

even when her disbelief, her face did betray.
And for those who sought to break the glass ceiling, little has changed today.

They speak as if they can truly process
the trepidation that could cut shapes in the darkness,
the shadows that haunt us when they turn out the light.
Heartbeat ringing in our ears as we walk down a winding road at night,

imagining the worst kind of monsters waiting for us at the turn.
All the things we have been taught to be sorry for, it’s time to unlearn.

People say we’ve come far,
But look how much further we need to progress.
We live in a world of connotations,
where a no is a playful insinuation of yes.

“Signals were misread, intentions were mistaken and moreover-
The things you can’t get back, you need to get over.”

Hard to tell where one’s intentions begin and where their hands end.
Hard to tell when we became desensitized to it albeit it only worsened.
When exactly would you say, it began to get rather dull?
Another report, another story, a new normal?

A break in the clouds, that’s what we need.
A break from these battered lungs. These tired tongues.
A crack in the glass ceiling, the world at our feet.
A breath more radiant than crestfallen, a skip to the beat.

Is it too much to ask? Just making sure.
To want the same as a man gets, if not more.

But what would that do now?
Now that the storm done raged in silence and we’re the souls bold enough to listen?
The ones entrusted to weather this for all those who died for this vision.
Don’t be fooled by the narrow halls of these chambers.
Don’t be an echo; an echo is only half a voice and it barely lingers.

A helping hand is voice itself, and it lasts longer thus.
Saying too is a sort of doing, but doing says as doing does.

For every wound that time can’t heal, remain in pursuit.
Dare to dream of flying with sprawled wings even when you’re falling without a parachute.
Scream your lungs out so that in the distant future, amidst all the noise,
another needn’t look back wondering where in time she lost her voice.

Paradox girl, you are both ethereal and draconic.
Poison and tonic.
You will not be one of the stories they forgot,
rather one that will be taught.

No more maybes when you know for sure.
This isn’t a tale of assault- it’s a tale of war.

This poem was inspired by the YA novel- “Parachutes” by Kelly Yang.

Keshav Memorial Institute of technology what we fondly call KMIT, in all its glory is loved by all of us. No matter how unsure you are of it in the beginning, it will show you reasons why you were wrong.... END_OF_DOCUMENT_TOKEN_TO_BE_REPLACED

What’s any festival without Food? You can hate food, you can hate eating but you cannot hate sweets! So, this Diwali there are a few specially picked sweets which are a treat to your taste buds, literally! Name         : Kaju Chaco... END_OF_DOCUMENT_TOKEN_TO_BE_REPLACED

Back in June 2014, Apple announced OS X Yosemite, a powerful new version of OS X redesigned and refined with a fresh, modern look, powerful new apps and amazing new continuity features that make working across your Mac and iOS... END_OF_DOCUMENT_TOKEN_TO_BE_REPLACED

The ‘festival of lights’ spiritually signifying light over darkness, knowledge over ignorance, good over evil, and hope over despair. Diwali is one of the favourite festivals celebrated in the country. It is a full- 5 day package of cleaning, renovating... END_OF_DOCUMENT_TOKEN_TO_BE_REPLACED