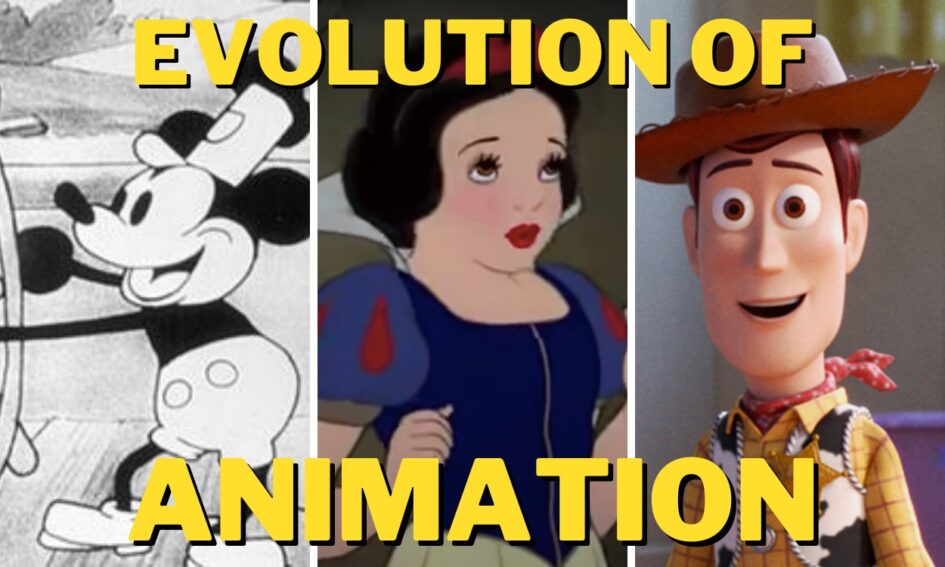 “Animation is not the art of drawings that move but the art of movements that are drawn” ~Norman Mclaren.

Some things in life don’t change, like the craze we have for animation. Right from adoring our childhood shows to never missing the first show of our favorite film, we all have always loved our favorite cartoons. But, have you ever wondered how these films are made? Let us hop into the journey of how today’s animation came to be.

Humans have attempted to depict motion as far back as the Paleolithic period. In ancient times, rendering tales in the pictorial forms was popular and fascinating among people. They realized that pictures taken of objects in motion could be flipped through in a sequence to create an illusion of movement. There are various depictions of moving objects pictorially like the murals of Egypt that are 4000 years old.

In the 1600s, humans were introduced to the world of optical projection by a Dutch scientist, Christiaan Huygens through magic lanterns. This instrument consisting of pictures that were painted on glass slides projected moving images through controlled light projection with specialized lenses. These shows often featured paranormal creatures and hence the name ‘magic lantern’. The multimedia Phantasmagoria shows, a form of horror theatre, that used these lanterns became very famous in the 18th and 19th centuries.

The 1900s saw the golden era of animation where hand-drawn animation was created using Cel animation that became very popular in the US. Cel is a transparent sheet of cellulose nitrate and camphor.  Animators would paint the images on these sheets and stack them in sequential order. John Randolph Bray, the successful producer patented the Cel animation that dominated the industry for many centuries. 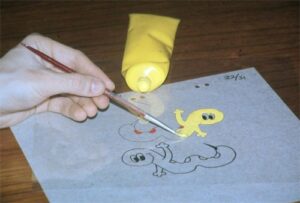 With the rise of the animation industry, began the rise of cartoon stars. ‘Felix the Cat’, was the first animated superstar.

This period also marked the end of the silent era in which the films had no sounds. This industry began to rise when a young animator, Walt Disney made an entry with Steamboat Willie in 1928. The first movie with fully synchronized sound cartoons and a soundtrack.

With this movie creating history, the character Mickey Mouse also made space in our hearts. Almost a decade later, ‘Snow White and the Seven Dwarfs’ was released and slowly animated movies gained popularity and received a lot of love in and around the world with people remembering the stories and adoring their favorite characters.

Along with the development of technology, the animation industry had also grown significantly. “Hummingbird”, released in 1967, was the first computer-generated animated film that made use of thirty thousand images and twenty-five motion sequences.

The making of animated films is now easy, less tedious, and eliminated a lot of manual labor. As the motion images were created by computers, it reduced production costs and enabled graphic artists to produce films without many actors or costly sets.

This era marked the release of ‘The Jungle Book’ when the child-hero, Mowgli, made his way into children’s hearts. 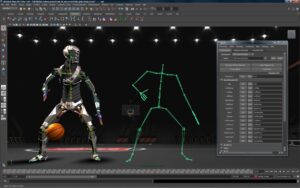 Computer Generated Imagery made an impactful revolution when the development of 3D characters began, where features like eyes, limbs, and clothes were moved once the skeletal part was created. The first 3-D animated film using computer graphics was ‘The Adventure of Andre and Wally B’ by Pixar animation.

Who can forget the famous ‘Toy Story’ by Pixar that marked a path-breaking achievement in the evolution of animation? Toy Story was the first film that was entirely based on CGI and was released in the year 1995. Along with the release of the magnum opus Avatar by James Cameron, animation has come a long way in terms of visuals, imagery, and production costs.

Today, animated films are enjoyed by people of all age groups across the globe. Not to forget the beautiful, fun-filled theme parks where the guests are greeted by lovable cartoons. Who would not love to visit ‘Disneyland’, where we get to meet our favorite cartoon characters in real life. What was the first and the last animated film that you have watched?

Inspired by the Japanese animated movie ‘Spirited Away’.

The lockdown, for most of you, was the most boring time of my life. Six months of staying at home didn't do me any good apart from the fact that it brought me and my dad closer by giving us... END_OF_DOCUMENT_TOKEN_TO_BE_REPLACED

“Hand me the gun and don’t move a muscle”, an injured Shankar Narayan whispers to his son, while they take cover under an old Contessa. The little boy does exactly as his father says, his hands trembling, desperately trying to... END_OF_DOCUMENT_TOKEN_TO_BE_REPLACED

The scene opens in a jury room, where a decision is to be taken on the death sentence of a man accused of murder. After voting, each juror explains why they feel the accused is guilty or not guilty. One... END_OF_DOCUMENT_TOKEN_TO_BE_REPLACED

Ayrton Senna. A man whose legacy lives on to this day. Most modern-day drivers look up to him. He has won 41 Grand Prix in 162 races, has been on the podium 80 times, and has won the world drivers championship... END_OF_DOCUMENT_TOKEN_TO_BE_REPLACED