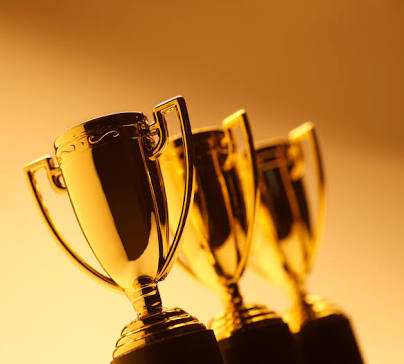 Awards. Some of you must be shaking their heads fervently hearing this word, having no trust in their authenticity. And yes, to think in such a manner is justified, given the controversies around awards that have been brought into the limelight in the recent years.

Be it the scarce representation of people of colour in the west to our very own controversy regarding Nandi awards, there has always been some sort of discrepancy in the system which has led to the questioning of the integrity of them.

But despite it all, awards are here to stay.

An optimistic way to look at awards is to recognize the fact that these get people talking about the films. Not only referring to the ones that eventually win but also the ones that get nominated.This itself is sufficient to validate the need for awards. If you look at the bigger picture, even the films that haven’t been nominated get talked about, with people expressing their views on why it should have been a contender.

Small films that wouldn’t have any chance of being recognized have surely benefitted from these award ceremonies where they are judged without any bias.

Satyajit Ray was a renowned filmmaker having made several films that have changed the art of expression of ideas. But it is widely known that he wasn’t commercially successful. So what made him so famous and respected among the audience and the film fraternity? It is all due to the recognition he got through the various awards he won.

Awards enhance the appeal of the movies.These help in bringing the small films into limelight which also helps them in the commercial space. And even if they aren’t commercially successful, the critical acclaim they get is unparalleled.

Of course, there will always be a share of cynicism and controversy but to celebrate the joyous spirit of creativity, awards do play a very crucial role.

Novastella Stardate 1012.45. Over the years, the human race not only managed to save their home but also succeeded in colonizing eight different planets. Advancing technology and their never-ending desire to explore space have resulted in the journey of Novastella.... END_OF_DOCUMENT_TOKEN_TO_BE_REPLACED

A team of misfits. An intricate plot. A treasure worth beyond compare. From Ocean’s Eleven to Money Heist, we’ve all fantasized about never having to work, about committing the perfect heist, where a bit of planning and guts delivers more... END_OF_DOCUMENT_TOKEN_TO_BE_REPLACED

It’s the 7th of March, 1936. Under the guidance of Adolf Hitler, the German troops have crossed river Rhine and re-militarized the Eastern border of France. Knowing this is a clear defiance of the Treaty of Versailles, which banned Germany... END_OF_DOCUMENT_TOKEN_TO_BE_REPLACED

“Everybody knows they're going to die, but nobody believes it. If we did, we would do things differently”. - Morrie Schwartz Consider a hypothetical situation wherein you know you’re going to die in a few days or months or years.... END_OF_DOCUMENT_TOKEN_TO_BE_REPLACED

“MSS25 to command central. Timestamp- 0100 command time. MSS25 has been refuelled from Dyson sphere X2684 with zero complications. Asking for permission to initialize pinch from terminal X2684 to terminal U895. Over.” [Ship's communication device] “Command central to MSS25. Timestamp-0100... END_OF_DOCUMENT_TOKEN_TO_BE_REPLACED