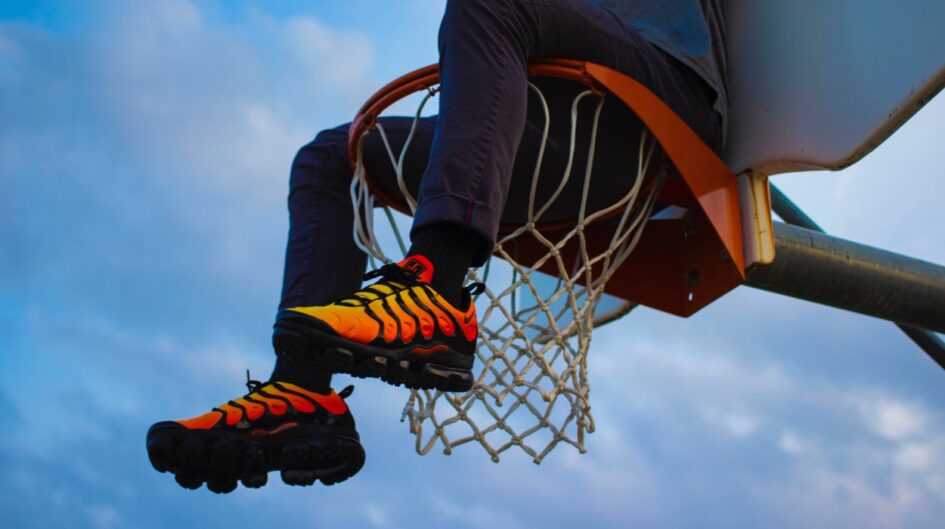 While the on-court action is the heart of the game, the ‘sole’ belongs to the sneaker culture that has been a part of the sport’s fabric since 1917, when Converse released their All-Star basketball shoe.

Chuck Taylor would help launch the All-Stars into public attention as the brand grew in popularity in the 1920s and 1930s, motivating companies like Adidas to emerge.

Athletes have always been at the forefront of sneaker culture since its debut. That’s understandable, given every advancement in sneaker technology has been compelled by the demands of athletes who require higher-performing footwear than the rest of us.

Sneaker technology advances, and it’s the athletes that gain from it during the game. And when an athlete plays better, the shoe sells better.

Based on this philosophy, brands campaigned for big names in sports to endorse their products.

However, it wasn’t until 1984, that two ambitious personalities in their respective industries collided, undeniably changing the game forever. 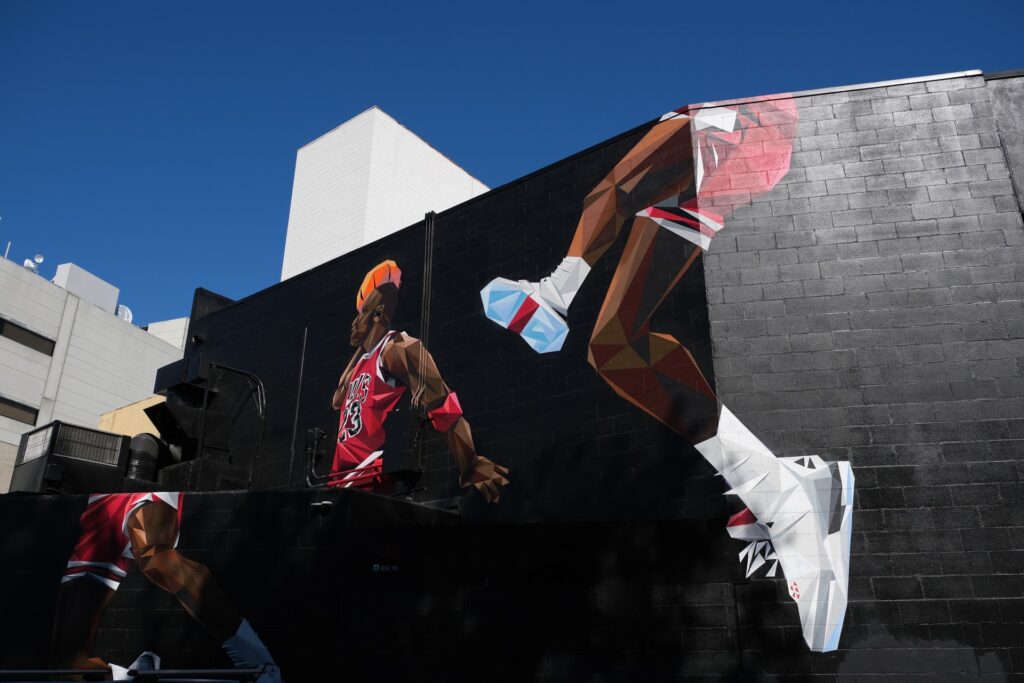 The year was 1984. Michael Jordan, a rookie about to start his NBA career, was on the lookout for an athlete endorsement contract and was keen to sign with Adidas. At the time, Nike, a company best known for long-distance running shoes, entered the scene. Despite the fact that everyone recognized this rookie’s immense skill, Nike was ready to put all of their chips on the table and offer him a contract that was substantially more lucrative than those offered by rival sportswear companies like Adidas.

Michael Jordan had never worn a Nike sneaker before, but his parents encouraged him to sign the deal over Adidas, launching the famous Jordan-Nike relationship. This led to the birth of Air Jordan, and the rest is history.

The 21-year old rookie went on to become arguably the greatest basketball player of all time, and his agreement with Nike alone has netted him $1.3 billion to date.

Air Jordan was unstoppable at its prime. Other manufacturers attempted to sign all of the great stars, but they were unable to prevent Air Jordan from becoming the phenomenon it was meant to be. The connotation of these shoes has always been that you can play like the player if you wear them. It really emphasizes the link between products and personalities.

Infusing the player’s personality with the shoe turned out to be a huge success, and every company started doing it. Whether it’s LeBron James and Kyrie Irving signing with Nike or Steph Curry signing with UnderArmour. People became increasingly thrilled to acquire these sneakers as the unique designs continued emerging. So much so that folks who weren’t even followers of the sport lined up to buy the new sneakers just because they were stylish.

Nike has effectively converted the shoe from a sporting item to a fashion statement. If you don’t believe me, the figures will speak for themselves. In 2019, Nike sold slightly over $3.14 billion in Air Jordan sneakers. Jordans are so expensive that a pair of Air Jordan 12 (Flu Game) may cost up to $104,000. Long history and exclusivity are what give value to the shoes.

Nike, on the other hand, began engaging with artists outside of sports to take it to the next level. As the sneaker culture migrated from athletics to the entertainment industry, it underwent a significant transformation. 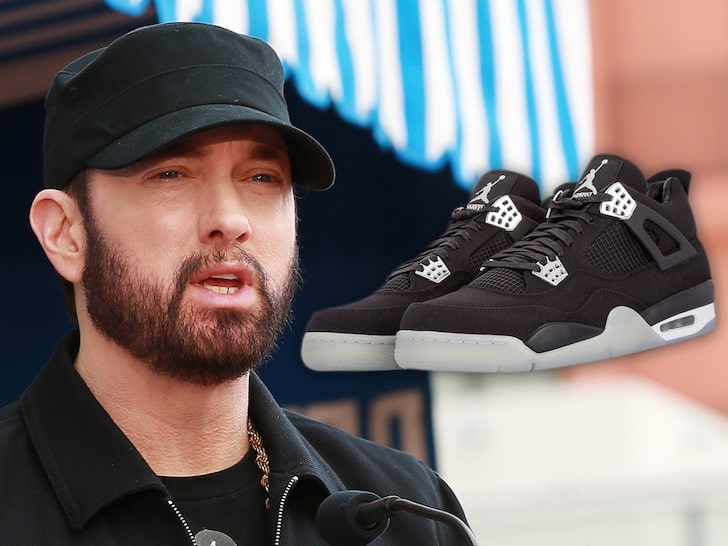 While athletes still consider a signature shoe to be a key milestone on their path to superstardom, sneakerheads are turning their attention to entertainers.

Collaborations dominated sneaker culture in 2012, as the artist, entrepreneur, and fashion insider came to prominence. As a result, players’ footwear began to fade.

On the court, the partnerships were now worn by the athletes.

Collaborations with celebrities and musicians like Drake, Eminem, and Rihanna resulted in a slew of innovative designs that, to be honest, just looked cool. The young population began to believe in the hype as people began to pay more attention to non-athlete footwear.

This resulted in the emergence of ‘Hypebeasts,’ who are ready to pay exorbitant prices for collaborative shoes simply because they are fashionable.

And this is a global effect as well. You can see Indians too catching up to the trends of the west.

India is regarded as the world’s second-largest consumer of footwear. In the recent decade, the resale market for the sector has developed at an exponential rate to a multibillion-dollar business, and India’s digital market has proven to be an asset to the country’s buzz. Limited edition sneakers have sparked brawls and forced people to queue for hours, yet these one-of-a-kind sneakers have evolved into a symbol, a form of art, and a means of free speech.

Although Virat Kohli is the only Indian athlete having his own apparel line with Puma (one8), the remaining Indian superstars continue to promote shoes through advertisements and posters. As a result, it’s reasonable to argue that the sneaker industry can only grow up. At this rate, major shoe companies may decide to establish facilities in India, and we may not be far away from seeing our own Indian offshoot version of the shoe.

In 2018, there were 3,000 resellers on the market. That number has already risen to 2,50,000, with over 2,000 of them residing in India. It will be exciting to see what the shoe business has planned for us. But one thing is certain: Sneaker Culture is here to stay, and it’s not going away anytime soon, owing to the excitement and emotions around the big fashion statement shoes make, as well as the individuals who dress feet first.

– Inspired by the book “Shoe Dog” by Phil Knight

Faith has always been considered as one of the most inherently pure and pious things, across any and every religion and every school of a belief system based on the concept of God. That is probably because every single one... END_OF_DOCUMENT_TOKEN_TO_BE_REPLACED

Ayrton Senna. A man whose legacy lives on to this day. Most modern-day drivers look up to him. He has won 41 Grand Prix in 162 races, has been on the podium 80 times, and has won the world drivers championship... END_OF_DOCUMENT_TOKEN_TO_BE_REPLACED

The lockdown, for most of you, was the most boring time of my life. Six months of staying at home didn't do me any good apart from the fact that it brought me and my dad closer by giving us... END_OF_DOCUMENT_TOKEN_TO_BE_REPLACED