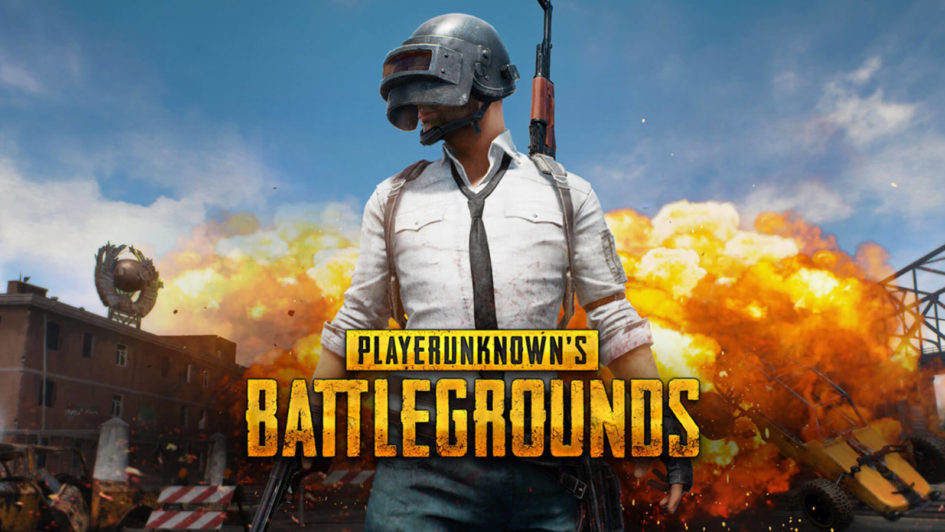 It was a squad’s battle (4 players per squad) in Erangel and my teammates and I were waiting on a strange island to take off. Over 40 seconds of time left on the timer and the count of people kept growing. Players showed up all of a sudden as if they rose from the ground. Around 100 players (maximum for a classic battle) on the island and it was a mess as everyone was running around, hitting each other and even changing outfits. Players were discussing their team strategies and killing enemies was the only motto everyone had. Looking at the route of the plane, we marked a spot to land at. With only 5 seconds to go, a siren went off. 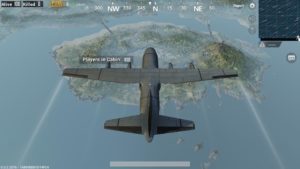 The very next moment all the players were in a plane. The plane took off from the strange island and it was when we entered Erangel that players began to jump off. We kept travelling. At a certain place, many players jumped off the plane and around thirty parachutes were visible from the plane. It was Pochinki below us, one of the most deadly places in Erangel, yet we didn’t jump; survival was our strategy. My teammates were following me, as we mutually decided to land at a common location. When the plane was over Yasnaya Polyana, I jumped, followed by my teammates and we hovered in the sky for a while and then landed safely on one of the buildings in Yasnaya. 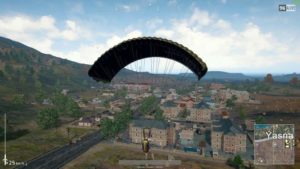 We broke into the buildings to loot helmets, vests, backpacks, weapons, ammunition, health kits, health boosters, grenades, scopes for the weapons, etc. I moved towards the two floored building before me, but wait, I could hear footsteps. They weren’t of my teammates but an enemy moving somewhere in the close. I rushed into the house before me to see an enemy entering from the door on the other side. He sprinted towards me and started throwing his punches at me. I tried moving away and blocking his attack but it became tough for me to even move. I was about to get knocked out when I found a pistol beside me. I kept firing until I ran out of bullets. The enemy was on his knees crying for help. ‘First blood’, I thought, swapping the emptied magazine with a fresh one. Pointing the barrel to head, I placed my finger on the trigger and fired a shot. In spite of getting shot in the head, the enemy didn’t die. He was still on his knees crouching towards the door which meant, he was knocked out. It also meant that he had his teammates alive and would take a few more shots to die.

Before I could fire again to kill him, I could hear footsteps again; this time, there was more than one person. These were visible on my map moving towards the building I was in. I rushed to the floor above as attacking them with such low health and just a pistol would be no less than suicide. I quickly informed my teammates about them through my microphone and peeked into the hall in the ground floor; one of his teammates was reviving him (that’s how knocked out players get back to normal). They were almost done with the revival when my teammates surrounded the building with grenades in their hands and chucked a few into the building. The knocked out one died, the other two were knocked out but one escaped the attack and ran to the floor above just to see himself turn, not into ashes, but green smoke; that’s how players die here in PUBG. All of them were dead and instead of bodies, there were crates, with their names written on it, containing all the loot they collected. We grabbed the items we needed from their crates and the remaining buildings in Yasnaya. I found a health kit in one of those, using which I refilled(meaning regain in PUBG) my health.

We set off from Yasnaya towards Rozhok by foot and even before we reached, an obstacle came our way. This time it wasn’t enemies, but the zone. We didn’t realize we were out of the safe zone (white circle) and the zone timer was already at 0 sec; no more time left. Soon the blue zone (unsafe) went past us and we began to lose health. We had to rush to the safe zone or we would find ourselves dead because in PUBG,  you ’Get to the safe zone’ or die. We ran towards the safe zone which was over 1000 meters from Yasnaya covering Mylta, Farm and the areas closer by. Hanging our weapons to the backpack, we sprinted as fast as we could. We were tired and almost out of energy but our hopes to conquer Erangel kept us moving.

‘Fortune’s on our side’, shouted a teammate as he spotted a vehicle just before us. ‘This isn’t our day to die’, we thought and raced into the safe zone. We stopped for a while, refilled our health using the bandages, health kits and the boosters and left again. The zone changed again but this time we had a few minutes left on the timer for the zone to shrink. The one good with driving was doing his job, other two looking were looking out for enemies in either direction and I was looking at the map trying to find a place to camp. It was near Mylta that I spotted something just behind out vehicle on the map. ‘It looks like a wheel. It’s following us ‘. Before any of us could turn around, bullets rained on our vehicle. ‘Enemies! Enemies in a car‘. 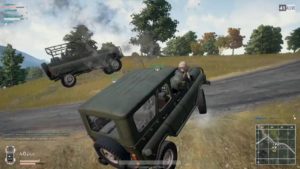 We accelerated to the top of a hill between Shelter and Prison and quickly all of us got down the car. Each of us moved in a different direction and went prone and was waiting for them to arrive; weapon in the hand and finger on the trigger. The enemy car reached the spot in no time as it became easier to spot our damaged vehicle with smoke rising through its bonnet. They got down the car and were looking out for us. None of us could properly aim at them as they were moving in a zigzag course. ‘Hold fire’, whispered a teammate. They could spot our teammate in the direction of the safe zone and slowly began to move towards him. ‘Now’, shouted the one closer to them and within seconds several bullets went past their bodies and they turned into green smoke. They hardly managed to injure my teammate closer to them. As we moved towards the crates, we heard a big noise; it was of a grenade. One of them pulled the pin of a grenade before dying and when the smoke of the blast faded away, we could spot another crate lying with those of the enemies. Our ambush worked, but only halfway; the injured teammate died. The grenade did enough damage to kill him the second he was knocked out. It was just the three of us left, but the battle wasn’t over yet and we had to keep moving. We collected the loot from their crates, swapped weapons if required and left the place.

We didn’t use the vehicle as the engine’s sound would give away our location to the enemies easily in the smaller zone. Just 4 more players were left but it was way too risky to go out looking for them in such a small zone. We removed our shoes, moved as slowly and silently as we could and took a crouch position closer to the wall of a building which was to the end of the zone. All of us heard a noise; it was of a plane, moving just above us. ‘Air-Drop! Angle 30’, said the one holding a sniper with an 8x scope. The air-drop could land anywhere in the zone and carries special weapons and level 3 armour (strongest helmet and vest) in it. The rifles and snipers the air-drop would carry were to be found nowhere in Erangel. 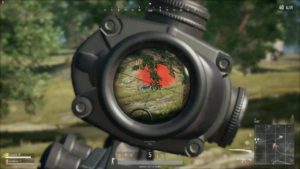 As the drop landed, it gave out deep red smoke. As the amount of smoke began to decrease we could spot two enemies moving towards the drop. ’The end’, we thought. We raised our snipers and aimed at their heads but before any of us fired, we heard gunshots from two guns and the enemies closer to the drop turned into crates. A team of just two enemies was still alive. It was three of us and two of the enemy team left on the battlefield. We looked at the map; the bullet marks were visible behind us. We could see only the blue zone behind, which meant the enemies weren’t behind us but in the building beside us. We made absolutely no noise, whispered a small countdown of three and at once, all of us tossed grenades into the top floor. The enemies jumped off the building and began to fire at us. The sound of multiple blasts on one hand and the gunshots on the other was deafening. A teammate was knocked out but we could see nothing as smoke spread all over. As I began to move towards him, the smoke started to fade away and the first thing I could see was the teammate lying between two crates. ‘Enemies dead’, he roared proudly. It was the end of the royal battle; just the one we were waiting for. We were awarded a few medals and had the special meal every victorious warrior has in PUBG, the Chicken Dinner. 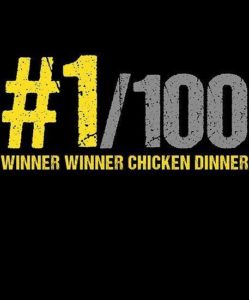 In a world of change, the only thing constant is the effort to make a difference. While we all desire to be our finest selves, the path to being better is a rocky road. There are some days where we... END_OF_DOCUMENT_TOKEN_TO_BE_REPLACED

Shashi is an amiable, poised, beautiful middle-aged Indian homemaker, and a mother of two, to whom family is both the beginning and period of her world. She may not be very professional but works overtime to fulfill her passion for... END_OF_DOCUMENT_TOKEN_TO_BE_REPLACED

I've grown up reading great things about Kashmir's beauty. In one of my textbooks, it’s also called "The Heaven on Earth" or in the local dialect, "Dharti ka swarg Kashmir." From the icy mountain slopes to the lush green plains... END_OF_DOCUMENT_TOKEN_TO_BE_REPLACED

Love is unconditional. It's received and given in many forms, but it's said that the truest of love is when it's without any limitations. A love for caring about others without demanding much for yourself. The love of acceptance and... END_OF_DOCUMENT_TOKEN_TO_BE_REPLACED

Trigger Warning: The following content contains a description of abuse and murder which is potentially disturbing. Readers’ discretion is advised.   Did you know that Adolf Hitler was alleged to have paranoid schizophrenia? Many Psychoanalysts pronounced that he had mental... END_OF_DOCUMENT_TOKEN_TO_BE_REPLACED