A KNIGHT OF THE SEVEN KINGDOMS 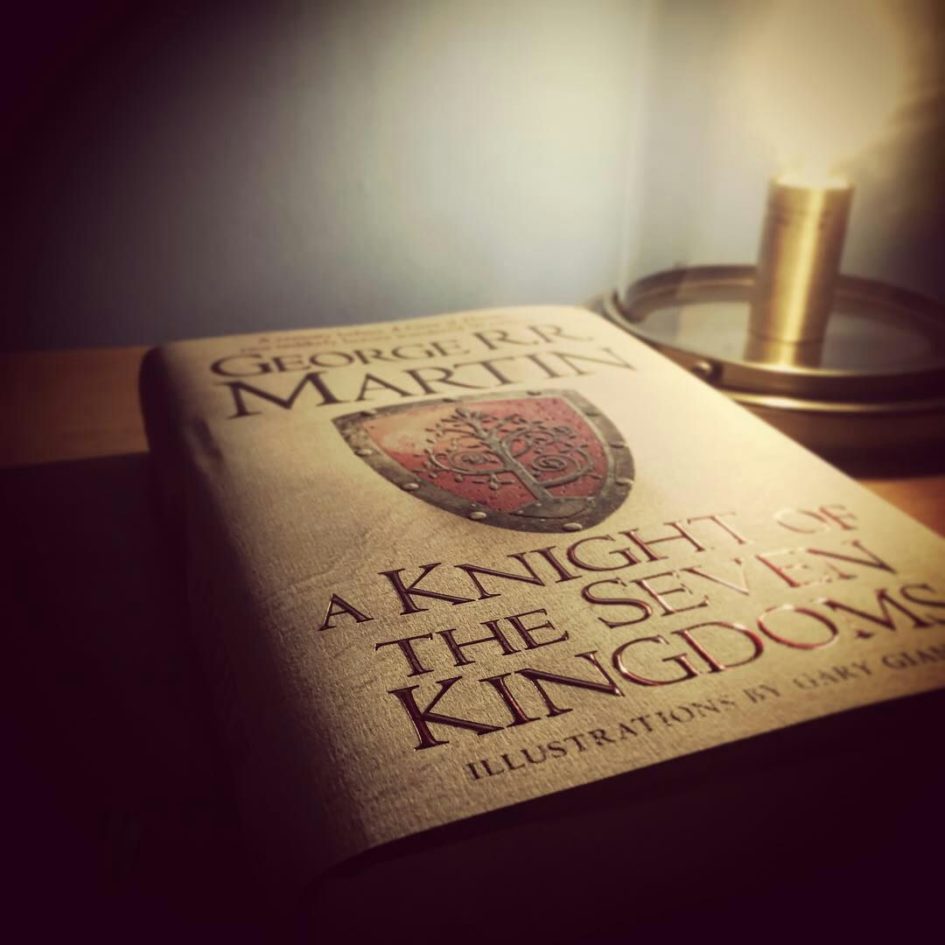 A KNIGHT OF THE SEVEN KINGDOMS - BOOK REVIEW

The conclusion of the latest season of Game of Thrones has left a void which won’t be filled anytime soon. While many of the fans are biding their time by watching other TV shows, there are plenty out there who are craving for more of Westeros. A short-story series, written by George R.R. Martin, titled ‘A Knight of The Seven Kingdoms’ could well be the much-needed respite for them in the drought that is the absence of the TV show.

A basic knowledge of George R.R. Martin’s world would suffice for a reader to get a firm understanding of the affairs in the book.

A Knight of the Seven Kingdoms is a compilation of the first three Dunk and Egg novellas: ‘The Hedge Knight’, ‘The Sworn Sword’, and ‘The Mystery Knight’. 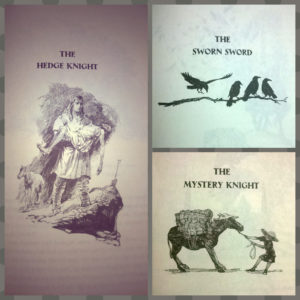 The plot takes the reader on the journey of a hedge knight, Dunk aka Ser Duncan the Tall. The first novella begins with Dunk digging a grave for his former master, after which he stops by a tavern. At the tavern, Dunk comes across a kid, Egg, who insists that he comes with Dunk to the tourney at Ashford and also squire for him. After a lot of reluctance, Dunk finally agrees and this is the point at which the story starts.

The characters are well fleshed out and three dimensional. We get introduced to many interesting characters in Westerosi history, like Lyonel Baratheon who had a bizarre habit of laughing wildly while charging at his enemies.

Illustrations are a significant part of the book and Gary Gianni- the illustrator- does not disappoint. The 170+ immersive illustrations throughout the book make it more pleasant to read. 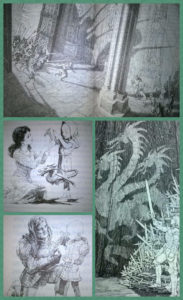 The illustrations are in black & white, but for those who prefer more vivid illustrations, graphic novels are the ones to go for.

To say that GRRM’s writing is spectacular is an understatement and a gross injustice to his creative genius. Much like the ‘A Song of Ice and Fire’ novels, ‘A Knight of the Seven Kingdoms’ too has many plot twists which seem natural and do not seem forced down our throats just for the sake of it, and that is what sets Martin’s works apart from much of the fiction out there.

Prophecies and foreshadowings are an integral part of the ASOIAF series. It comes as no surprise, then, that A Knight of the Seven Kingdoms is no stranger to them. The magical birth of Dany’s dragons is foreshadowed in this following excerpt from the book:

HOW IT TIES WITH THE GOT TV-SHOW

It was revealed by George RR Martin that Brienne of Tarth is related to Ser Duncan. That would explain the similarities in their statures. 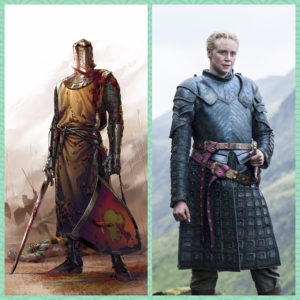 Egg is the great-grandfather of Daenerys Targaryen and was the younger brother of Maester Aemon. In fact, the last words of Aemon Targaryen were “Egg, I dreamed I was old”  (GOT S5E7) 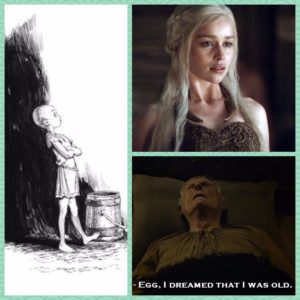 If you love Game of Thrones or A Song of Ice and Fire series, this book is tailor-made for you in the best way possible. Dive right in!!

The human touch. Such a simple thing, yet one that holds immense power. Almost like a miracle. Wonder why? Read on.  We've been gifted with the five senses, namely: vision, speech, smell, hearing, and the most beautiful of all, touch.... END_OF_DOCUMENT_TOKEN_TO_BE_REPLACED

For the fourth time this week, I woke up at my desk. It wasn’t very comfortable: most of the space was taken up by an assortment of empty Red Bull cans and coffee cups. Clutter never bothered me though, it’s... END_OF_DOCUMENT_TOKEN_TO_BE_REPLACED

[Trigger Warning] The following reading contains potentially distressing information about violence, brutality and sadistic practices. The reader is advised to use their discretion to continue reading. “For the last time, you don’t have to do this. They will finish the... END_OF_DOCUMENT_TOKEN_TO_BE_REPLACED

“THE SWAT TEAM BURST IN. THERE WAS CURTIS GREEN COVERED IN COCAINE AND FLANKED BY TWO CHIHUAHUAS” ~The Untold Story of Silk Road by WIRED In early 2011, law enforcement agencies were caught with their pants down when drugs began... END_OF_DOCUMENT_TOKEN_TO_BE_REPLACED

Comfort space is personal to every individual. It allows you to be yourself and cherish the moments as they are with no judgment whatsoever. As for me, movies and music do the job. Speaking about movies, I have been exposed... END_OF_DOCUMENT_TOKEN_TO_BE_REPLACED