The Physics of Invisibility 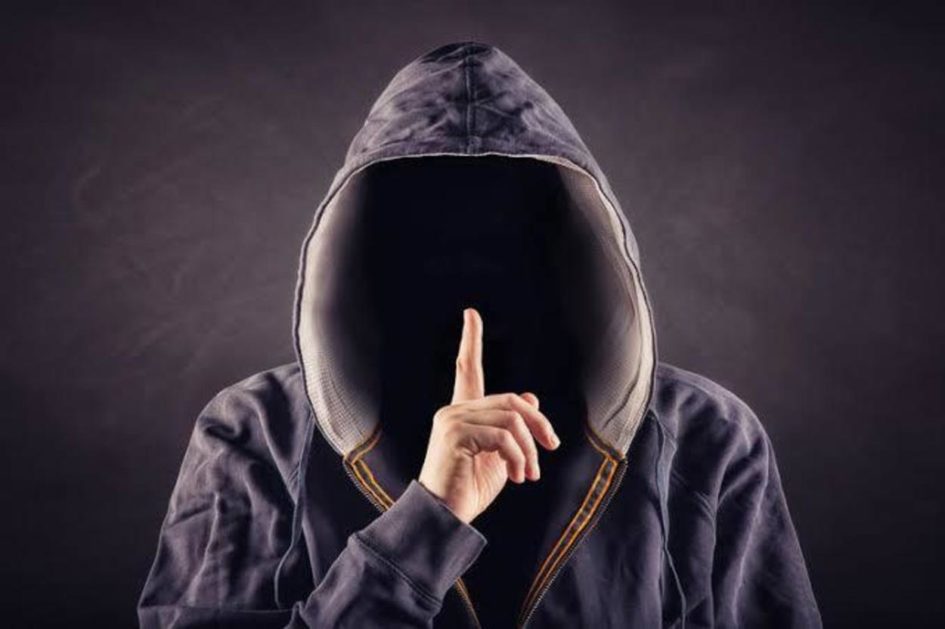 Many a time, when you are sailing in your fantasy world, you might have dreamt of being invisible and you surely did it if you are a Potterhead. The invisibility cloak in the Harry Potter series has mesmerized many brains and was claimed to be a pure product of magic in the movie. But, was it really….? 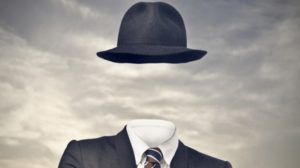 To give you a brief outline of how invisibility works, I will start with one word — Refraction. Did that fire up your neurons a little? Then, let’s get into the actual content.

The concept of total invisibility has moved from the realm of the fantastic to the realm of the possible. Science has taken its first steps towards making things invisible and by invisible I do not mean mere camouflage. As we know, the visibility of any object is possible by reflecting light from its surface. All naturally occurring matter display properties that are determined by its atomic make-up. The amount of light that is reflected or refracted depend son the interaction between the electromagnetic waves of light with the atomic particles of matter. The general principle of refraction states that if a light wave changes its medium, it would also change its angle of propagation.

When a light wave propagates from a rarer medium like air, to a denser medium like glass it would change its direction i.e. towards the line perpendicular to the surface or towards the normal.But there is a group of matter called anisotropic metamaterials for which refraction works quite opposite. Basically, a metamaterial is a synthetic composite material with a structure that exhibits properties which are not usually found in natural materials. This group comprises materials that are not naturally occurring but are artificially synthesized.Being artificial composites, their properties are not dependent on their atomic particles, but on the properties of the materials that make them up. Since these artificial materials are made up of variety of materials, its physical properties vary throughout its dimensions, hence they are called anisotropic. 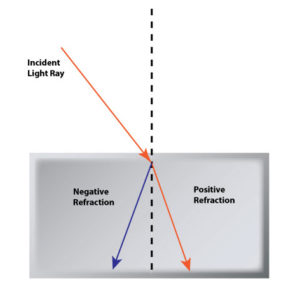 One of the outstanding qualities of these materials is the negative refractive index,which plays a crucial role. Theoretically, anisotropic metamaterials have a variable refractive index and can bend light, so that ifan object is sheathed in metamaterials, light isn’t reflected or refracted but is simply guided around it. To simplify, it is similar to a graded indexed optical fiber that has variable density throughout its width and thus leads to total internal reflection. Similarly, by diverting the waves upwards, around the object and then down again, from a visual point of view the object doesn’t even exist. Moreover, if the light waves can be guided around the object in such a way that it returns to its original course, not only is the object rendered invisible, but it doesn’t cast a shadow either. Boom! Illusions and invisibility has been achieved.

The description of similar technology was given by an Indian author Christopher C Doyle, in his book The Mahabharata Secret. According to him, during the war between the Pandavas and the Kauravas, many lethal weapons were used which had the capacity of destroying armies of men with a single strike. Kauravas with the help of King of Magadha had used the same technology to make invisible aircraft or the vimanas to use it against Pandavas in the war. But the battle ended before the use of these weapons and it is believed that the sevimanas have been securely stored till date and are invisible.

In the year 2017, scientists at Ben-Gurion University in Israel have achieved a break throughin making objects invisible by the scattering of waves. If successful, their first goal is to implement it in the military alongside technologies such as optical camouflaging and EMwave detections.

Written by one of our readers, Tarun Acharya

Trigger Warning: The following article contains a portrayal of characters suffering from severe mental illness. Readers' discretion is advised.   Jane was driving her away from the glimmer of light towards the darkness, creeping deeper and deeper, until she was... END_OF_DOCUMENT_TOKEN_TO_BE_REPLACED

In a world of change, the only thing constant is the effort to make a difference. While we all desire to be our finest selves, the path to being better is a rocky road. There are some days where we... END_OF_DOCUMENT_TOKEN_TO_BE_REPLACED

Disclaimer: The facts mentioned in this article may vary with the actual ones. "To conquer oneself is a greater victory than to conquer thousands in a battle." – Dalai Lama The second world war reached its final stage in 1945,... END_OF_DOCUMENT_TOKEN_TO_BE_REPLACED

“Why do the Yankees always win? The other team can't stop looking at the pinstripes.” The famous quote by Frank William Abagnale Jr., one of the popular con-men specialized in impersonation and forgery, can definitely be taken as the basis... END_OF_DOCUMENT_TOKEN_TO_BE_REPLACED

Shashi is an amiable, poised, beautiful middle-aged Indian homemaker, and a mother of two, to whom family is both the beginning and period of her world. She may not be very professional but works overtime to fulfill her passion for... END_OF_DOCUMENT_TOKEN_TO_BE_REPLACED