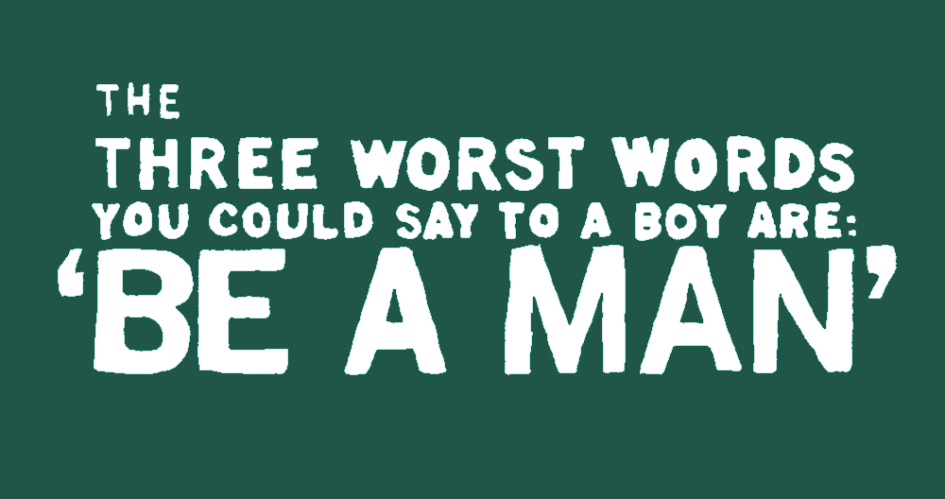 When a guy heads for the loo, he does so with a single purpose. Girls on the other hand, conduct gatherings, gossip sessions and exchange phone numbers. They enter as strangers and leave as best friends. Men and women are different. Not better or worse, just plain different. This can be explained using the concept of duality: notice around you, there’s a black to every white, north pole to every south pole, yin to every yang, matter to every antimatter.

Men and women, though the same species, tend to live in very different worlds. Many have argued over the years that men and women are identical, but the question needs to be asked: if they really were identical, would men have ever achieved dominance in the world? This would evoke the argument of social conditioning: that men are taught to be the way they are, and so are women; when a baby is born, their mind is a blank canvas that could be used to paint any picture you want.

Since infancy, girls are taught to play with dolls and cook, and boys are thumped on their backs and encouraged to fight, hence leading us to believe that it all lies in the nurturing. No matter the outstanding number of people who do believe this, there is still plenty of scientific evidence that states that the way we are, has a lot more to do with the wiring of our brains than the upbringing.

What if I told you, that if you leave a group of guys and girls on a deserted island without any previous conditioning, the girls are still more likely to sit and cuddle than the guys? It is simply because a female brain is more receptive to touch. And what if I told you, that if a man and woman had to journey and reach the same destination, the man is likely to reach faster, as men are better navigators? Women are better under pressure, men are better at getting bald.

The equality of men and women may be a political or moral issue, but the difference is a scientific one.
There’s a catch, though. If men and women behave the way they were biologically structured to, and our responses to stimuli were already coded into our DNA, yet why is it that men are thrice as likely to kill themselves as women? We’ve talked about the concept of duality, now let’s talk about the concept of relativity.

Let’s take two sentences:
a. Men are more likely to hide their feelings than women.
b. Men don’t have feelings.

If you think a=b, you need help and a new math tutor.
Option ‘a’ talks about relativity. Just because men aren’t as expressive as women, does not mean that they don’t feel, or need an outlet for their emotions. Here’s where we fail: When a boy needs help and is vulnerable, he is told to ‘take it like a man’. Boys are often taught to be two-faced, one face for when they’re alone and can show their true weaknesses, and the other for the society, strong, firm and ‘manly’.

We fail again, when instead of teaching boys to be men, we teach them not to be feminine. We don’t teach boys to overcome their fears, we assume they have none. Instead of considering the attributes of men in relation to women, we have not only isolated them but have also stripped them of any possible ‘feminine’ features, and assigned it the tag ‘masculine’.

Redefining these ideas in an inclusive, broad-minded way, giving every individual the space to be themselves is our best bet. Don’t ask a boy to ‘man up’ if he can’t watch violent sports. Don’t tell him he’s less manly if he wears pink. If you laugh at him because he can cook, the joke’s on you, you’re the one eating salty cup noodles for dinner tonight. Instead, reinforce his beliefs. Let him be confident. Not the confidence that weakly shields all the insecurities, but one that wholly accepts them. Real men don’t need validation.

"Why does Caesar get to stomp around like a giant while the rest of us try not to get smushed under his big feet? What's so great about Caesar, huh? Brutus is just as cute as Caesar. Brutus is just... END_OF_DOCUMENT_TOKEN_TO_BE_REPLACED

As I take a stroll in the graveyard observing my funeral, I find a few crying and the other meticulously bored by the doings. Yet it feels so light, death actually took away the pain of my congenital disease. But... END_OF_DOCUMENT_TOKEN_TO_BE_REPLACED

Disclaimer: The facts mentioned in this article may vary with the actual ones. "To conquer oneself is a greater victory than to conquer thousands in a battle." – Dalai Lama The second world war reached its final stage in 1945,... END_OF_DOCUMENT_TOKEN_TO_BE_REPLACED

2nd February 2000 Dear Diary, Ugh! Waking up early every single day to attend school is so annoying. I wish we didn’t have school and exams so that I can enjoy myself at home all day long. But that can’t... END_OF_DOCUMENT_TOKEN_TO_BE_REPLACED

“Why do the Yankees always win? The other team can't stop looking at the pinstripes.” The famous quote by Frank William Abagnale Jr., one of the popular con-men specialized in impersonation and forgery, can definitely be taken as the basis... END_OF_DOCUMENT_TOKEN_TO_BE_REPLACED