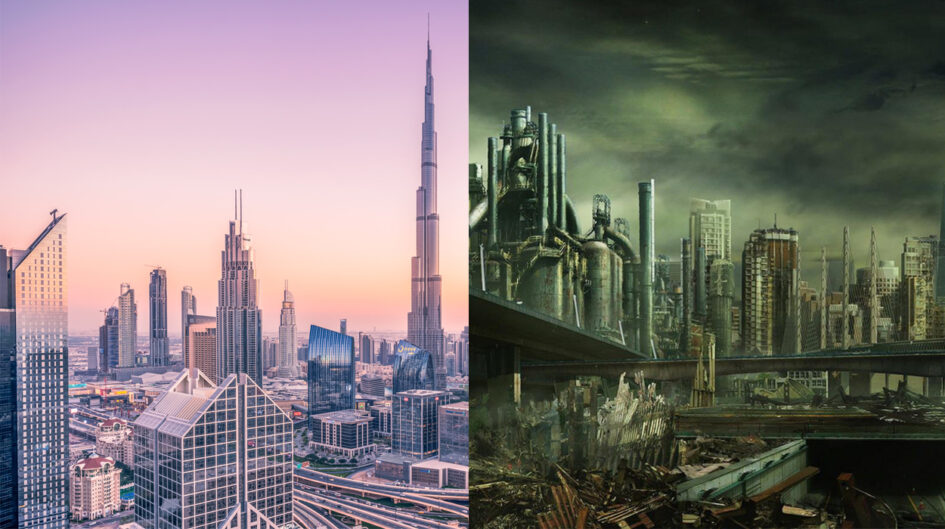 Imagine a clean world. It does not have war, poverty, or hunger. Fancy a universe out there, that lives in binary- yin or yang, good or bad, black or white. There is no gray area, no room for error or imperfections. You are either a moral, law-abiding citizen or simply not. This world in your head has a house for you. A job, pure air, fresh water, food, a family, community, and harmony. How much are you willing to pay for it?

In her book The Tales of Beedle the Bard, J.K. Rowling tells us the story of the Peverell brothers. Three brothers encounter Death, who grants them one wish each. The eldest, Antioch, wishes to be invincible. Death gives him an Elder Wand, but someone kills him in the middle of the night and steals it. The second, Cadmus, wishes for his dead lover to return. She returns macabre, a semblance of her original self tethered to where she came from. This drives Cadmus crazy and he kills himself. Both the brothers asked for what they believed would make them happier, but they did not imagine the price they would have to pay for it.

There could be a universe out there (if we aren’t just a simulation of a higher species) like ours, except it is peaceful, prosperous, and perfect. It is a world all of us have conjured in our minds but if one reality changes, so do infinite others. After knowing this, are you still willing to take a leap of faith to this Garden of Eden? Would you wish to live it even if thought, speech, and choice as you know it, ceases to exist?

Utopia, meaning ‘no place’, was coined by Sir Thomas More in 1516. It is a far-fetched, near impossible paradise with desirable qualities and perfect citizens whose only priority is society’s prosperity. There are authoritative hierarchies, but everyone is content with the parts they play in their community, even if they have no power. This might sound like a good idea initially, but consider what it takes to achieve this harmony.

Citizens are happy, healthy and youthful, but are brainwashed into a need for perfection and uniformity until society’s ideologies seep into them and dictate their trains of thought. All of them are but cogs in a wheel. Nobody is sad, because they are psychologically conditioned into believing that the place they are in- that’s the real deal. In this sense of community, they embrace conformity and reject individuality, love, and freedom. They are not scared of dying. When their time is up, they embrace the end with open arms like the youngest brother from our story, Ignotus.

This sense of constant euphoria can turn a person’s mind into jelly. Nobody is writing poems, making art, professing love, or creating history- because all of this means they have a mind of their own. A utopia is a well-oiled machine but the people that make it are as fickle as dominoes. Dreams, thoughts, ideas, love- they’re all contagious. And so, the machine is powerful, but when one human thinks, one domino sways, they all topple one after other like tin men. If humans are not kept in check for their thoughts, actions and even their time against a system determined to stay in power, this utopia slowly transcends into dystopia. The difference between them is a fine line, and a blurry one at that, so one whiff of individuality could bring it to dust.

Dystopia is a Greek word that means bad place. It is a (hopefully) fictional world that is frightening, unfriendly, and unsuitable for humans to survive and thrive in. Totalitarian governments (think We, Brave New World, Fahrenheit 451), class differences (The Time Machine, Elysium, Do Androids Dream of Electric Sheep?), the need for survival (Lord of the Flies, The Running Man), and invasive technology all scream dystopia. These are worlds plagued by violence, hunger, war, an unusual sense of authority, regulation of media, and the mixing of state and religion, among other characteristics.

When most people hear the word dystopia, they imagine The Hunger Games, or 1984, or The Handmaid’s Tale. A sense of urgency, visceral fear, and lack of control are qualities they all share. It is a long shot to compare these with the Covid world, but a virus that has wreaked havoc across the planet, caused one of the largest global recessions, and has claimed lives by millions is bound to give rise to dystopian elements in part.

All dystopias share extreme suffering. The Coronavirus has led to a breakdown of meaningful human relationships. Families of covid positive patients have reportedly spent hours fighting others over an oxygen cylinder. They are not the Grim Reaper, but this fight may decide who gets to see another day and who doesn’t. Our reality is hidden in the places we tear our eyes from, in funeral pyres and graveyards. Crematorium furnaces are lit round the clock. Metal structures, iron frames, and chimneys have begun to melt and break due to overheat. Our world has become unstable, unfamiliar, and chaotic and it is taking all our collective efforts just to survive.

Are we living in a COVID 19 dystopia? No. I do not believe the future is as bleak. Could we be pulled into a place more horrifying than today as a result of ineptitude and flippancy? Perhaps. Pandemics don’t necessarily lead to dystopias, but technology and bureaucratic response make a world of difference. Damage at this scale was unprecedented and difficult to control. With time, we will recover from the coronavirus as a whole, its scars will fade. The day we remain mute, paralyzed, and too weary to point fingers towards the institutions that have led us to this carnage- will we be a dystopia then?

Police sirens, an opened door, a step out of the flat that had been an abode and a prison for 6-years-9 months-23 days—freedom at last?   Julian Assange was under no such false impression as the British police dragged him... END_OF_DOCUMENT_TOKEN_TO_BE_REPLACED

Hope was an absurd emotion.   It was a chilly midnight when it happened for the first time. Monique was a light sleeper. After all, it didn’t take much more than a dull, heavy thud for him to jolt awake... END_OF_DOCUMENT_TOKEN_TO_BE_REPLACED

“How long are you planning to cry and sleep in here?” I asked her, as I raised the blinds in her dark bedroom. Seeing the chocolate wrappers and empty Ramen cups spread across the room, I couldn't help but sigh.... END_OF_DOCUMENT_TOKEN_TO_BE_REPLACED

Each person does see the world in a different way. There is not a single, unifying, objective truth. We're all limited by our perspective. - Siri Hustvedt Perspective. It is a beautiful thing in a way that, all of us... END_OF_DOCUMENT_TOKEN_TO_BE_REPLACED

From a very young age, we are socialized to behave according to our sex. Boys are taught to be “masculine” and girls are taught to be “feminine”. But are there any biological differences between a man and a woman which... END_OF_DOCUMENT_TOKEN_TO_BE_REPLACED