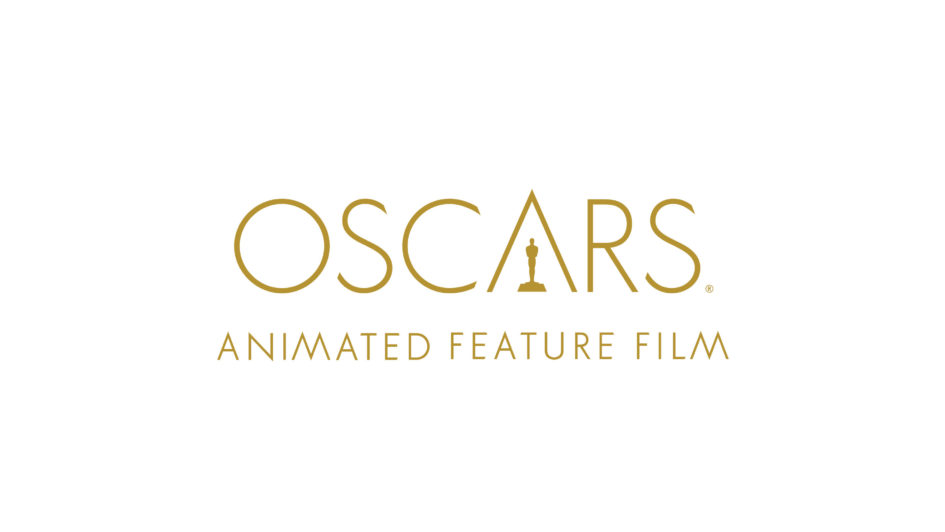 For the 90th Oscar race, 5 features have made it to the Best Animated Feature award nominations. This year, there are several obvious frontrunners. Never count out Pixar, which has Coco, a vibrant tale of an aspiring musician with a beat of ancient Mexican music; a DreamWorks Animation is in the fold with The Boss Baby, a comedy based on picture book of the same name by Marla Frazee. 20th Century Fox has Ferdinand, a tale of a Spanish fighting bull who refuses to fight. An international co-production between Canada, Ireland, and Luxembourg The Breadwinner, a drama based on the best-selling novel by Deborah Ellis. Last, but not the least, Loving Vincent, the world’s first fully painted feature film. 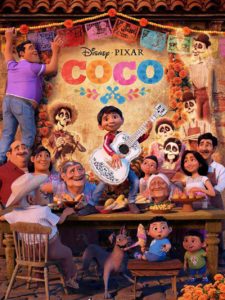 Pixar has raised the bar with its most musical, beautifully animated, and culturally sensitive film, Coco. It is a heartwarming story about family and a well-crafted coming-of-age tale steeped beautifully in the traditions of Mexico’s Día de los Muertos. Told from the point of view of Miguel, a young boy who wishes to be a musician, just like his grandfather, the legendary singer Ernesto de la Cruz. However, music is the devil in Miguel’s family, and de la Cruz is largely to blame for the curse. In order to make generational events correct, Miguel finds himself on the Land of the Dead with relatives he’s only heard stories about. Miguel’s motivation throughout the movie – wanting to follow his dream, but not feeling understood by his family –  acts as the anchor around which the entire film’s emotional arc revolves. Even so, there are plenty of twists and turns throughout the movie that prevent the story from feeling stale, to further develop the main theme of the movie, which is the identity of self vs  identity of the family. The result is a story full of heart and drama following characters that the audience can’t help but love like their own family.

It beautifully dealt with old age, death and afterlife as normal parts of life, with top-of-the-line animation effects we expect from Pixar and catchy songs we can sing along with. Expecting this to become a strong contender in the race for the Oscar for Best Animated Feature. 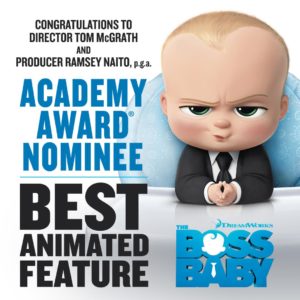 Based on a picture book by Marla Frazee, the film sees Alec Baldwin portraying a baby who is wise beyond his years, inexplicably clothed in a suit and tie from infancy as if it were the most natural thing in the world. The Boss Baby is a hilariously universal story about how a new baby’s arrival impacts a family, told from the point of view of a delightfully unreliable narrator, a wildly imaginative 7-year-old named Tim. The movie exists in two distinct worlds—Timothy’s world and that of Baby Corp., which gleefully reinvents the concept of where babies come from. There is a romping pace and a colorful, creative design. It’s a bit more inventive than some current animated films, but not fresh enough to become a classic.

Despite the movie’s mixed reviews and social media reactions to its nomination, The Boss Baby might not be the strongest competitor in the race but qualifies for its innovative concept and out-of-box storyline. 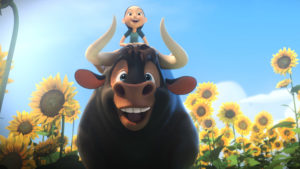 Of the animated films this year, there is perhaps none with a more relevant message than Ferdinand with the slogan: “Built To Fight, Born To Love.” Based on a children’s book published in 1936, which was previously adapted into an Oscar-winning Disney short, Ferdinand follows a Spanish Fighting Bull (voiced by wrestling star John Cena) who is a pacifist, avoiding confrontation and drawing out the ire of those around him, whose expectations weigh him down.  Ferdinand escapes from a boot camp where he’s being trained to fight in the bullring, and starts enjoying a peaceful life smelling flowers on a farm.

The story is slim, but characters like Angus, an excitable Scottish bull and Lupe, the “calming” goat are a lot of fun and keep boredom at bay. The hyper-energetic characters manage to inject some pizzazz, and the action scenes are frantic enough to hold the attention of viewers of all ages.

Ferdinand is a good-hearted giant and his destiny is not the fight but love and acceptance― and it definitely managed to win people’s hearts into getting a deserving Oscar nomination. 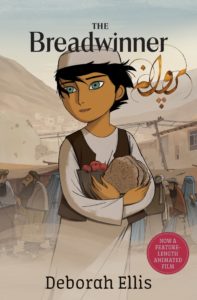 Amongst the most likely contenders of several GKIDS entries this year, this adaptation of Deborah Ellis’ best-selling novel tells the story of Parvana, a young girl in Afghanistan who is forced to dress as a boy to provide for her family, after her father is unjustly imprisoned. The story of a girl disguising herself as a boy is a familiar one, but The Breadwinner  puts a unique spin on it: Parvana doesn’t do it to fight but simply to survive. Not only are all mothers and daughters in the family supposed to stay at home unless they’re accompanied by husbands or fathers, but even men are restricted in their abilities and schooling. The fable, which has a different look than the rest of the film’s animation, mirrors Parvana’s own role in rescuing her family from certain doom. Her perseverance under unthinkably tense conditions is remarkable.

A tale of female empowerment in desperate circumstances, The Breadwinner is also a testament to the power of storytelling, as Parvana goes into her head to escape her circumstances, with her imagination represented through cut-out animation, in contrast to the main storyline’s hand-drawn, 2D style. The Breadwinner blends folklore with realism and ultimately shows how children are far braver than some might think. 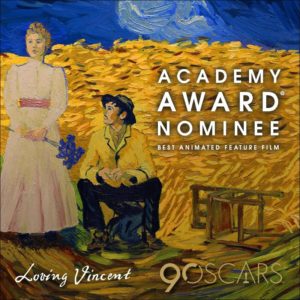 While this feature from Dorota Kobiela and Hugh Welchman seems to have come out of nowhere, it may give other frontrunners a run for their money this season, being the first fully-painted film in cinema history. Following Vincent Van Gogh in his final days, the film is composed entirely of oil paintings in the style of Van Gogh’s works, created by a team of over 100 painters. In point of fact, a great number of Van Gogh’s works were actually recreated by these artists and integrated seamlessly into the context of a narrative feature. The story tells about a famous painter Vincent Van Gogh who recently died, and the postmaster has an undelivered letter for him. The postmaster sends his son, Armand Roulin, to find Van Gogh’s brother Theo, but Armand discovers that Theo, too, has passed away. The story revolves around discovering who is most deserving of receiving the letter. The animation in these sequences is done with rotoscoping and the style is less appealing.

All in all, the movie experience would seem quite unfamiliar. Nevertheless, it is a thrill in watching static images spring to life as complex characters and dynamic landscapes. This feature is a definite recommendation to all the art lovers out there.

Here is to rooting for the best and deserving movie to win! Happy Oscar Season!!

Books- they sometimes grant us indispensable knowledge; sometimes guide us through the obscure world. But mostly, they lie when we want them to; lies so beautiful that all our reality just fades away into the cosmic noise. No matter where... END_OF_DOCUMENT_TOKEN_TO_BE_REPLACED

[Trigger Warning] The following reading contains potentially distressing information about murders and violence. Reader discretion is advised. I have to find him. He couldn’t have gone that far, could he? Saya thought to herself as she searched for Chihaya. Of... END_OF_DOCUMENT_TOKEN_TO_BE_REPLACED

Imagine if you were to fall, fall apart at the seams, be another brick on the wall, and give up on your dreams. Blindly going along, you’d be gasping for air, battling what’s right and wrong, thinking life’s not fair.... END_OF_DOCUMENT_TOKEN_TO_BE_REPLACED

“I now see how owning our story and loving ourselves through that process is the bravest thing that we will ever do.” ― Brené Brown. I was sitting in the most boring math class ever, almost on the verge of... END_OF_DOCUMENT_TOKEN_TO_BE_REPLACED