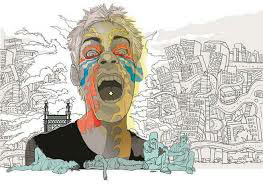 The recent drug raid in Hyderabad, apart from a number of adults and celebs, saw a great number of teenagers getting involved with drugs. Aged between sixteen to nineteen, these youngsters have been facing some serious trouble. Now, there are different aspects of this issue. The main causes, according to the society, would be listed as: one, due to the carelessness and ignorance of their parents and the other, I assume, is the inability of students to differentiate between stuff they should and shouldn’t be doing. Whatever the reason, there is no excuse for a teenager to be indulging in such an activity at that stage or any stage of his life. It is also true that they shouldn’t be pampered and spoilt with a lot of money or a credit card… at least not until they know what they are being given.

There is no harm in being gifted expensive things, but, there is a lot of harm when you’re given those things even before you know their value or how and when to use them. A ninth grader was involved in a drug case, probably because he/she wouldn’t know what to do with that amount of money and definitely would be eager to show it off. That is where the problem begins. Since these kids are sent to the best and perhaps, the most expensive schools in the city, they normally would be expected to be smarter than the others who are deprived of such privilege. There would be a number of reasons or justifications to tell us why they aren’t in control. But in my point of view, the biggest issue is the lack of self-control or will power in them which pulls them on to the wrong path. I think you could be given all of the world’s riches and still have your feet on the ground.

Giving leeway to bad influence and ruining your life will never be a consequence if you can differentiate between what is good and not good for you. Teenagers, today, are exposed to a variety of information to learn from. It isn’t very difficult to figure things out. All we need is minimal knowledge to know what habits to pick up and what not to. Since the new generation is expected to be smarter than the former, this case would be no exception. We cannot hold parents responsible for the foolishness of the child. Their duty ends with teaching us the right things to do; the rest of it should come from within us. 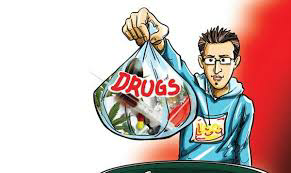 It is up to us to decide what vibe we surround ourselves with. We can choose for ourselves and be conscious while we do so. It’s not about being extra careful and not making mistakes, but knowing when to stop and learn from it. It is about being alert and knowing where to draw the line.

“Hand me the gun and don’t move a muscle”, an injured Shankar Narayan whispers to his son, while they take cover under an old Contessa. The little boy does exactly as his father says, his hands trembling, desperately trying to... END_OF_DOCUMENT_TOKEN_TO_BE_REPLACED

Faith has always been considered as one of the most inherently pure and pious things, across any and every religion and every school of a belief system based on the concept of God. That is probably because every single one... END_OF_DOCUMENT_TOKEN_TO_BE_REPLACED

Two things have always fascinated me as a child- words and crosswords. Which word should I say? How do I say it? Can it, in its barely ten letters, hardly three syllables, carry the whole meaning of what I want... END_OF_DOCUMENT_TOKEN_TO_BE_REPLACED

The lockdown, for most of you, was the most boring time of my life. Six months of staying at home didn't do me any good apart from the fact that it brought me and my dad closer by giving us... END_OF_DOCUMENT_TOKEN_TO_BE_REPLACED