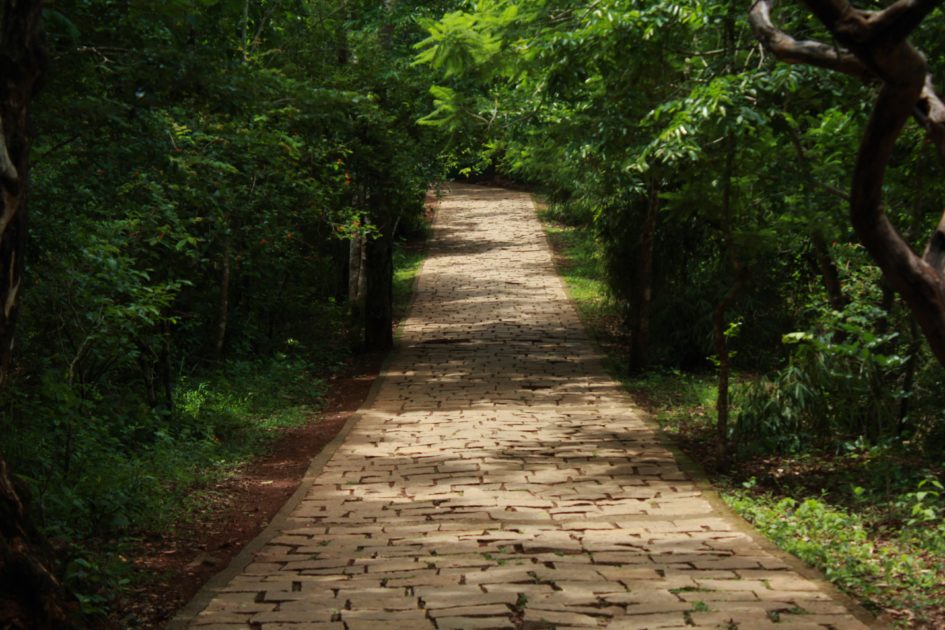 Once a year, go somewhere you have never been before.

My family has had a tradition of traveling to a new place every year, this summer it was Wayanad.

After days of obsessing over this trip to Wayanad, there was a scare of a viral outbreak (The Nipah Virus) and it was too late for me to want to cancel. Without worrying too much about it, we decided to go anyway.

If you love going on road trips, add Wayanad to your list right now. We had discussed traveling by air or train earlier, but the best way to reach this place is by driving your own vehicle. So we had the car serviced, packed our bags and hit the road on a Saturday. 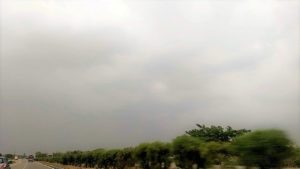 The drive to Bangalore was very monotonous. Having driven to Bangalore a couple of times before, I was comfortable with the route. It was a 6 hour long quick but boring drive. Meanwhile, the warnings to not travel to Kerala continued. With our minds made up, we could only politely ignore them.

After a night’s stay at Bangalore, we had two routes to choose from to reach our resort in Wayanad. One was to stick to the NH through towns, and the other was to go through Bandipur Jungle. Having driven to Bangalore already the previous day, we were not ready for another boring highway drive. So we took the route through the Jungle. 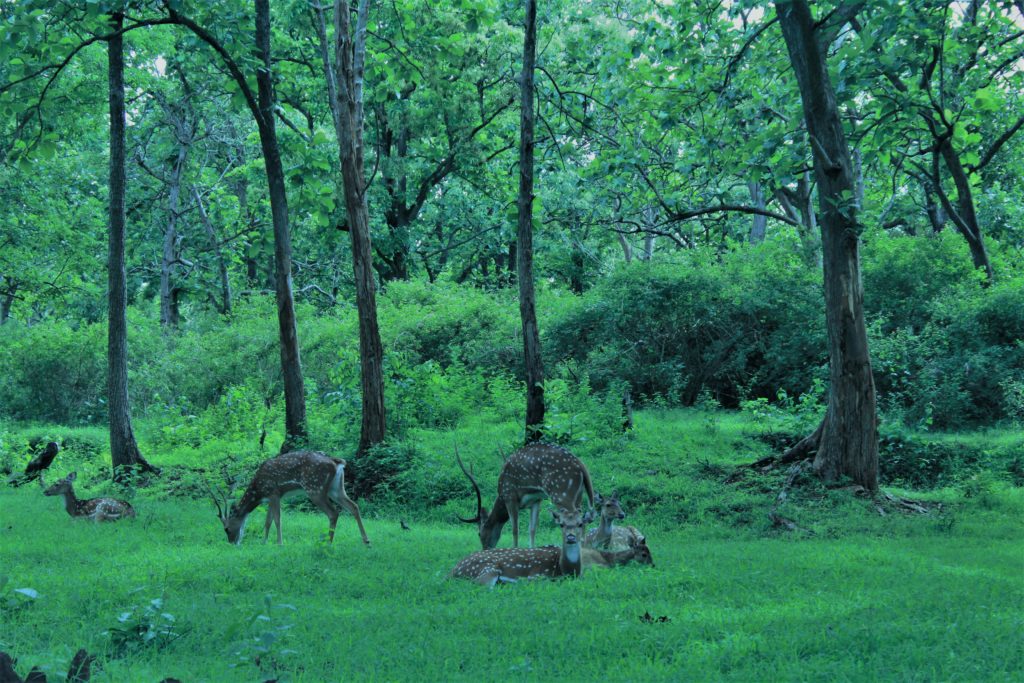 The Spotted Deer in Bandipur

We were told a lot about Bandipur and the drive through it. We were quite excited, and so as we entered the forest we chose to drive at a slower pace in order to spot some wild animals. The first to welcome us were monkeys, followed by spotted the Deer and Peacocks. I was looking forward to finding elephants but was out of luck that day.

The 30km drive through the forest was fantastic. It is strictly advised not to stop your vehicles when you’re inside the national park to click pictures or for anything else. Drive at slower speeds which to catch the beautiful sight of animals in their natural habitats.

After crossing the forest, we found ourselves in a quaint town and our phones gave us an alert that we had entered Kerala. There was a pleasant change in the environment. From the drylands, we were into a place filled with lush greenery and Kerala had welcomed us with rain. I love the sound of rain from inside the car.

Our stay was in Sulthan Bathery, enclosed by a ring of forests making it difficult for us to find without a physical map, and no network on our phones. It was away from the horns and traffic lights of the city, surrounded just by tall trees. 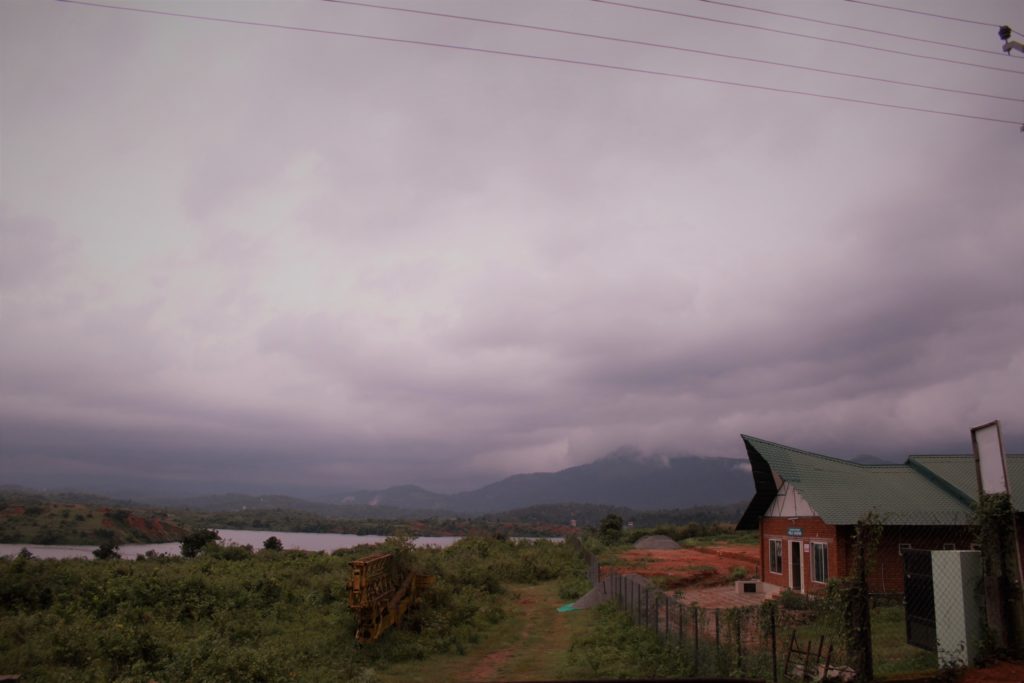 Once in Wayanad, you can do the following thing

A. Go all out and try to cover as many places as possible
B. Don’t go anywhere and just laze around in the comforts of the resort
C. Visit few places of your choice and make the most of it

After dumping our bags and having a nice Kerala style lunch, we chose to go with the third option as we were already exhausted from the drive. We headed to “Edakkal Caves” which were supposed to have rock engravings from the Stone Age, driving through the old-fashioned villages of Wayanad, we quickly agreed to Kerala’s more popular title, “God’s own country” This was followed by a heavy rain, it was lovely. We headed back to the resort, and after some food and drinks, we called it a day. 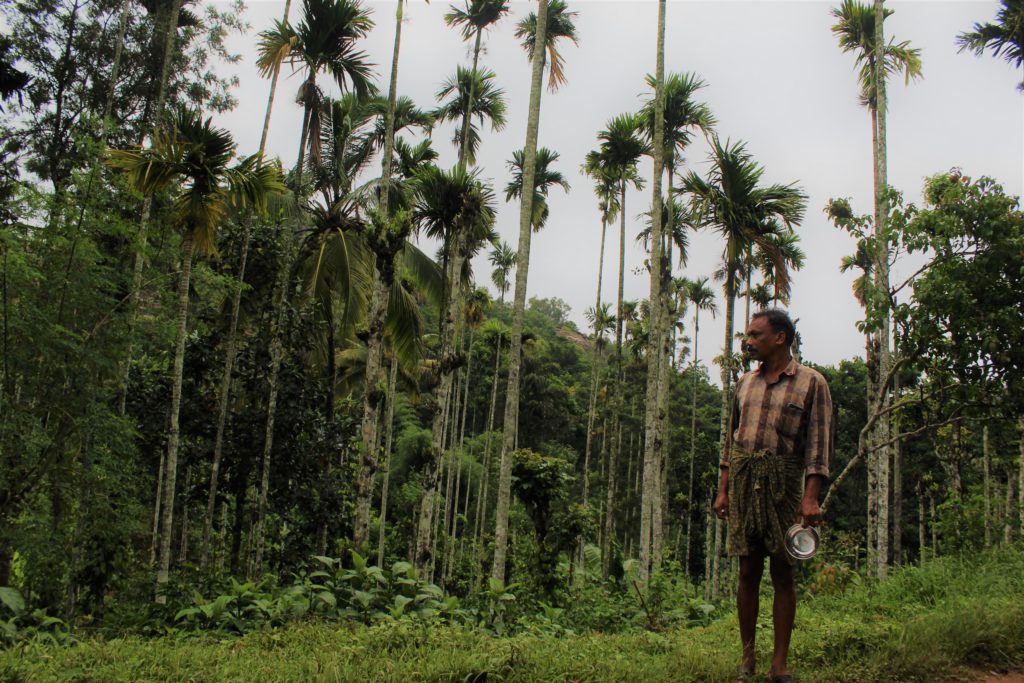 Being the end of summer, Wayanad is not very crowded. After regular incidents of forest fires, we found out that all the treks were temporarily closed. We had then decided to not do anything that a tourist would, instead go exploring the place. The roads through the countryside were gorgeous, with tall trees lined on both sides and hills fading away into the clouds at the horizon. 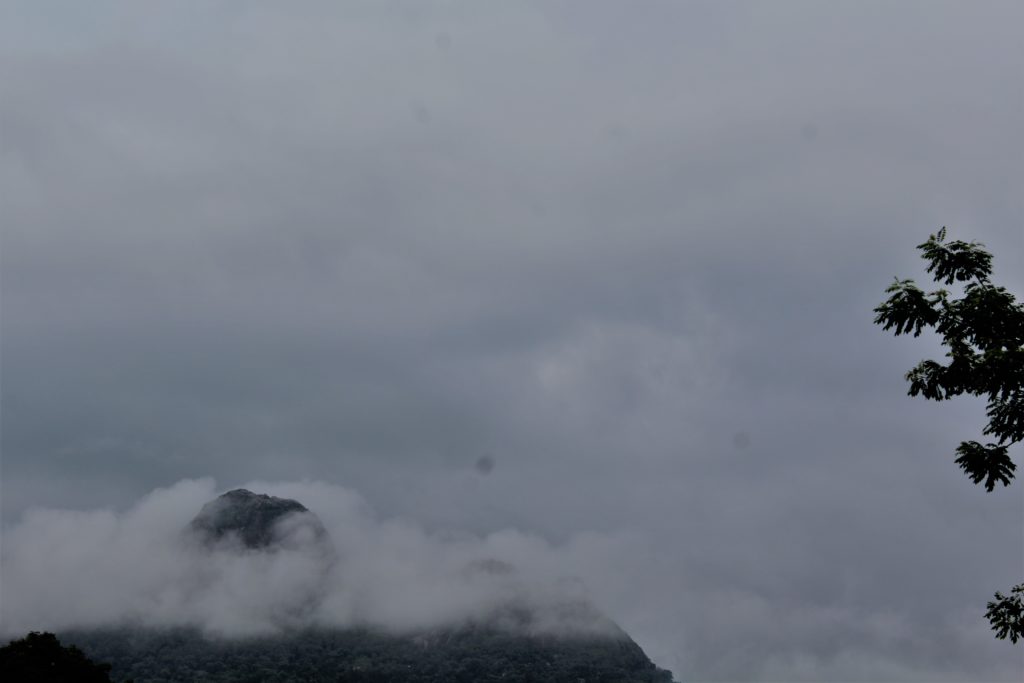 After a heavenly drive through the streets of Kerala, we had the happy mood of a weekend getaway setting in. Enough with Goa already, if you really love going on road trips, pack your bags and head to Wayanad. As an automobile enthusiast, I’ve been chasing sunsets since my childhood, but everything about this sunset was special. 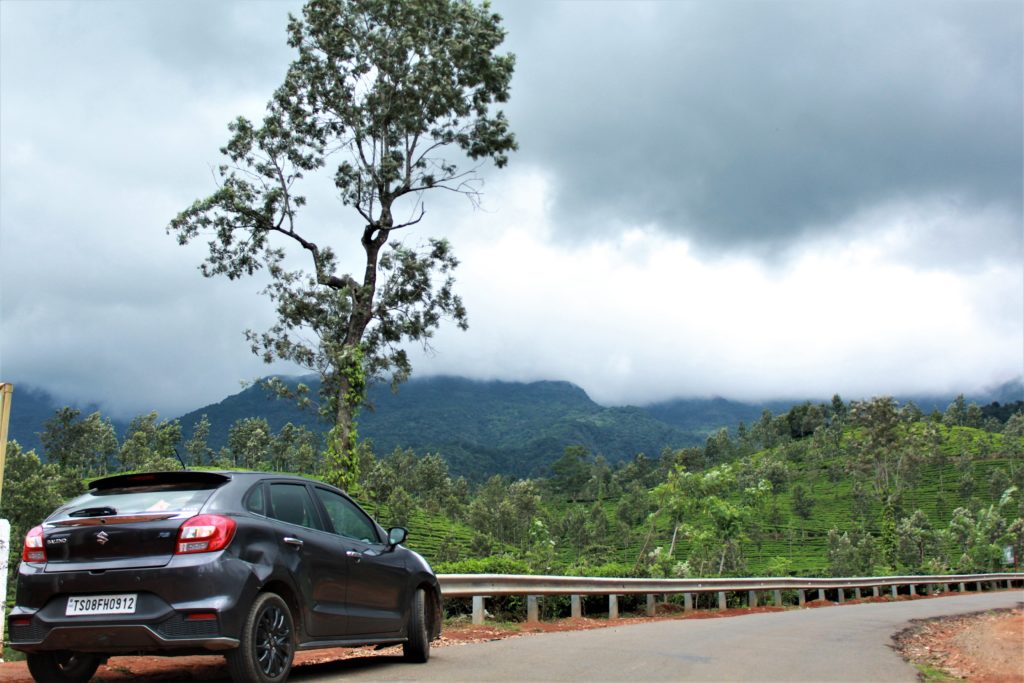 Tired after being on the go for hours, we decided to head back. During a conversation with the staff at our stay that night, we found out that Ooty was just a 3 hours drive away from where we were. We were very tempted and decided to head to Ooty the next morning. It was the IPL Final match day, and so we ended the day with watching cricket and the lovely smell of wet mud from the rain. 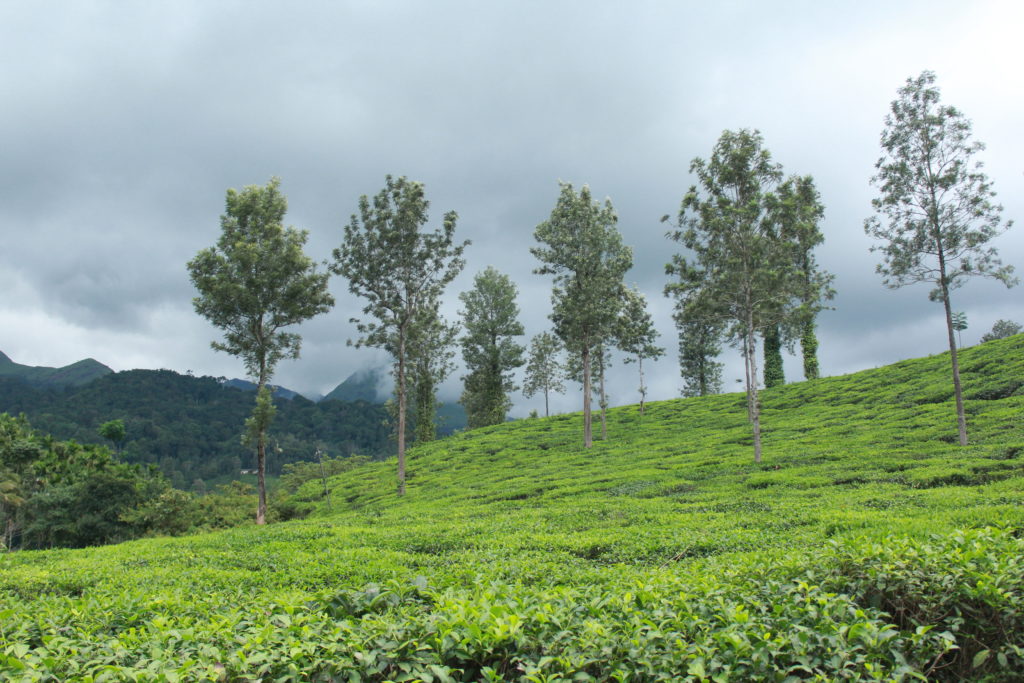 A tea plantation farm in Meppadi

The excitement to drive to Ooty made us wake up early. We started at 6 am after some hot coffee. The drive to Ooty was surreal; the early monsoon rain added to the mesmerizing charm of the jungle drive. This route is definitely a driver’s paradise. 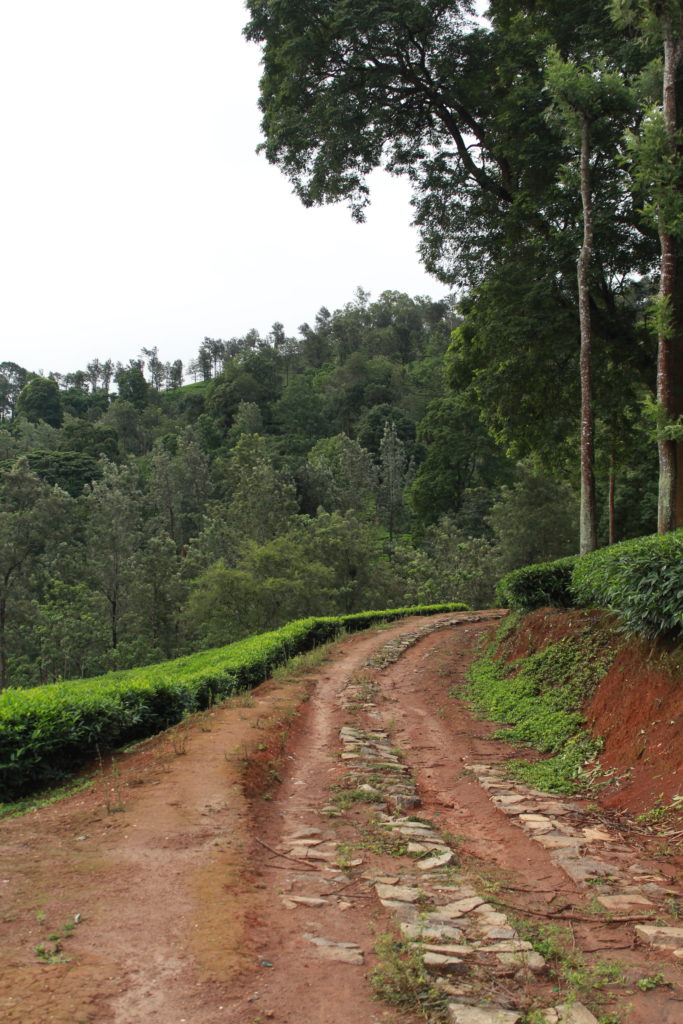 A lesser-known path parallel to NH181

Ooty is a very crowded hill station. In my honest opinion, downtown Ooty is no less crowded than Sulthan bazaar in Hyderabad. After visiting a lake and one of the peaks, we didn’t feel like going on. With Ooty’s chill weather, lazing around in the hotel room was the only thing we wanted to do. 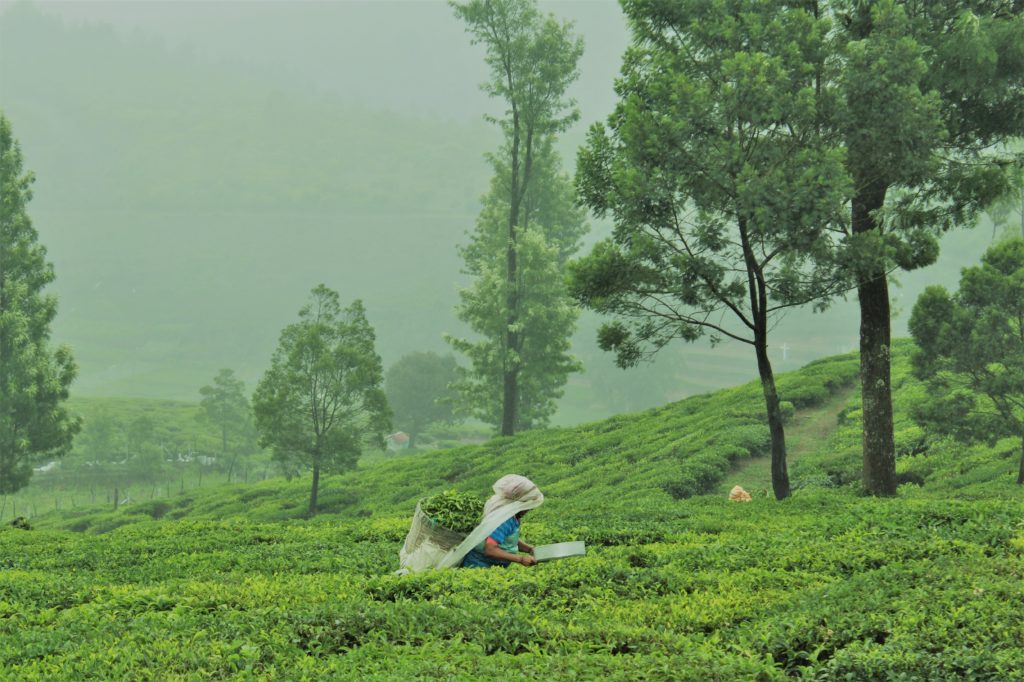 A tea plantation farm in Ooty

With hardly any energy left, we tried exploring the town. Later that evening, we had an early supper and then headed straight for a long cozy sleep. The stay at Ooty was not very exciting; it reached nowhere close to our expectations. The annually increasing numbers of people visiting Ooty have been polluting the place badly. 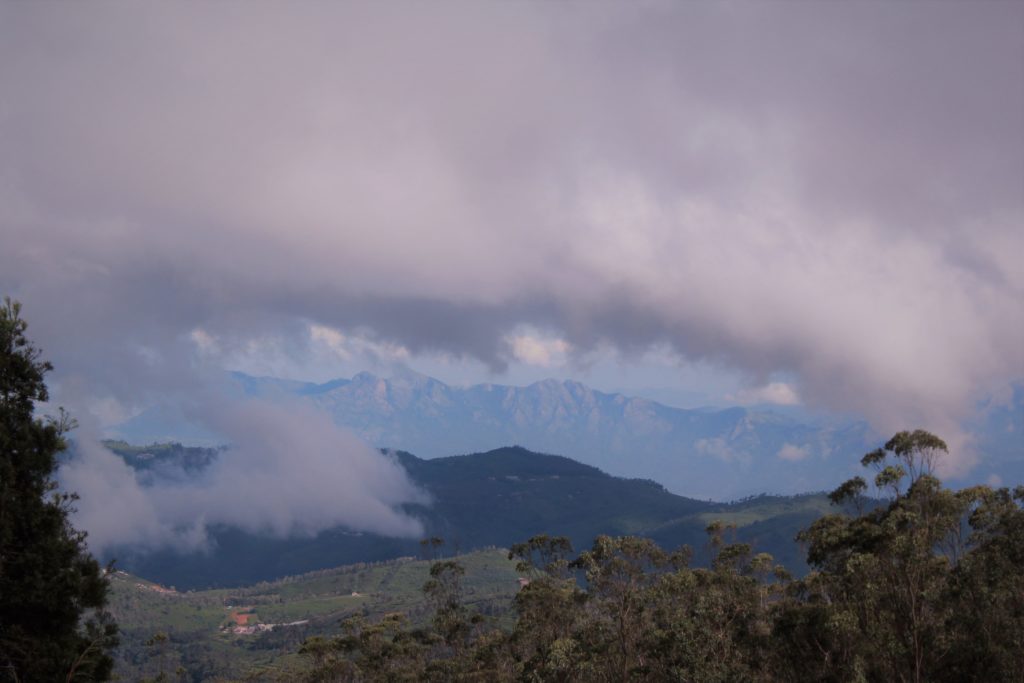 It is not down in any map, true places never are

Once more we started early the next day, to drive back to Bangalore. I missed a turn on the map and drove us into dense woods. We immediately lost network and didn’t have the faintest idea about how to get back. This turned out to be a beautiful accident. We were led to this heavenly place. 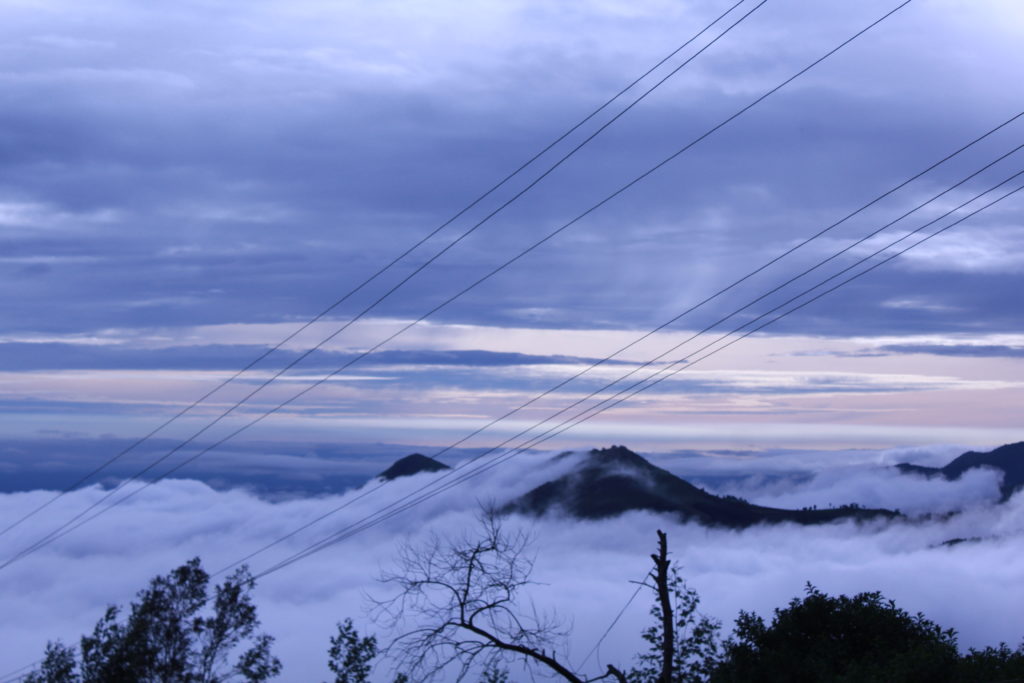 A lesser known place in Ooty

After an hour of basking in this ravishing sunrise, we hit the road again and started searching for a way to get back. Funnily, there was just one road after here, and it led us straight to the ghat descent point of Ooty.  The descent from Ooty is an engaging 36 hairpin bend drive, and if you love driving on winding roads, this one is pretty fun and very beautiful. 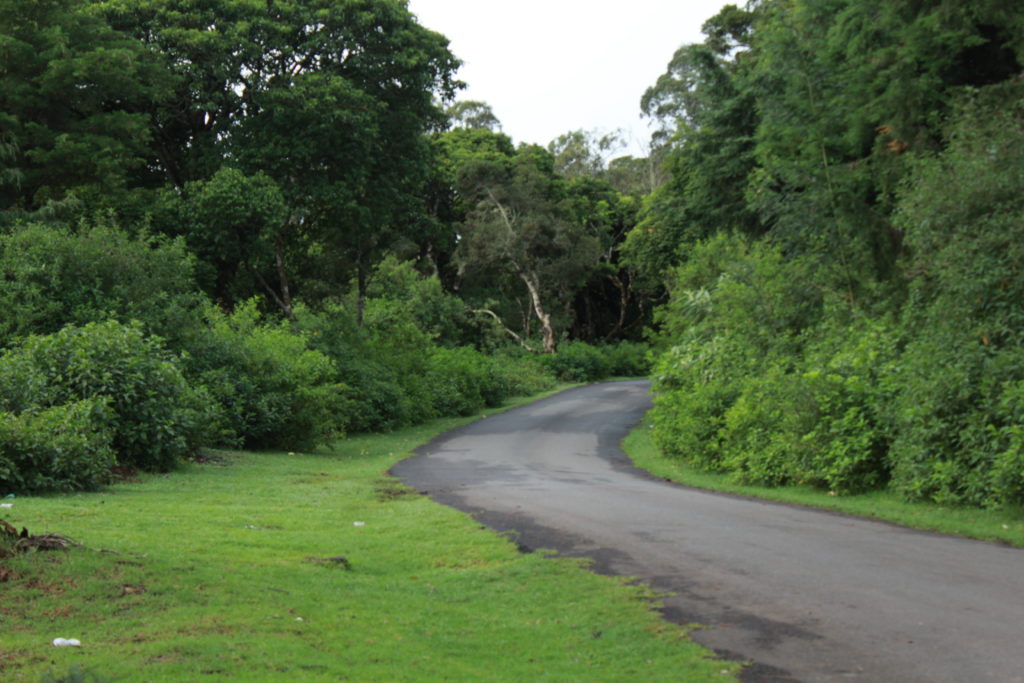 The only road in the woods

We reached Bangalore by lunchtime and spent the night there. We headed back to Hyderabad the next day, prepared to face the traffic snarls that were waiting for us in the city. 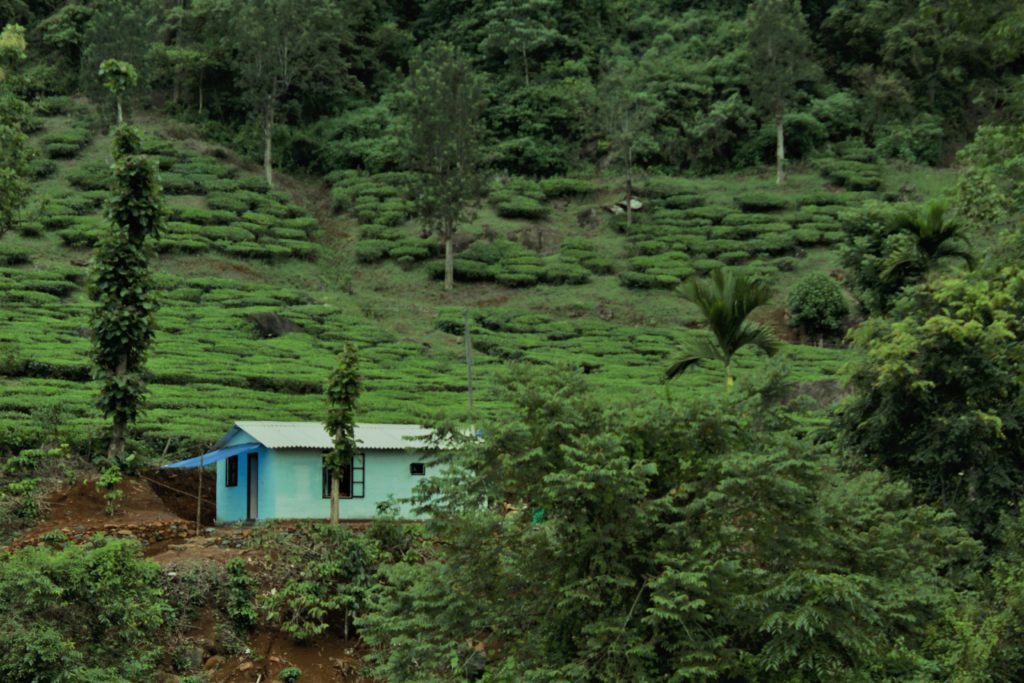 Like a great man once said, “A good traveler has no fixed plans, and is not intent on arriving.” I had nothing planned to do after reaching any of our destinations, I just wanted the journey to never end.

“Propaganda” in present-day English, refers to information or media (especially of biased or misleading nature) that is used to manipulate the audience to further an agenda. If you hear the word propaganda, it immediately alerts you to look out for... END_OF_DOCUMENT_TOKEN_TO_BE_REPLACED

As the night grew darker, enveloping an empty street with mystery and fear, it embraced two college students, Matteo and Ace. Drunk and floundering into the dark alley, they hadn't realised how far they had wandered until they came across... END_OF_DOCUMENT_TOKEN_TO_BE_REPLACED

Faith has always been considered as one of the most inherently pure and pious things, across any and every religion and every school of a belief system based on the concept of God. That is probably because every single one... END_OF_DOCUMENT_TOKEN_TO_BE_REPLACED

Two things have always fascinated me as a child- words and crosswords. Which word should I say? How do I say it? Can it, in its barely ten letters, hardly three syllables, carry the whole meaning of what I want... END_OF_DOCUMENT_TOKEN_TO_BE_REPLACED