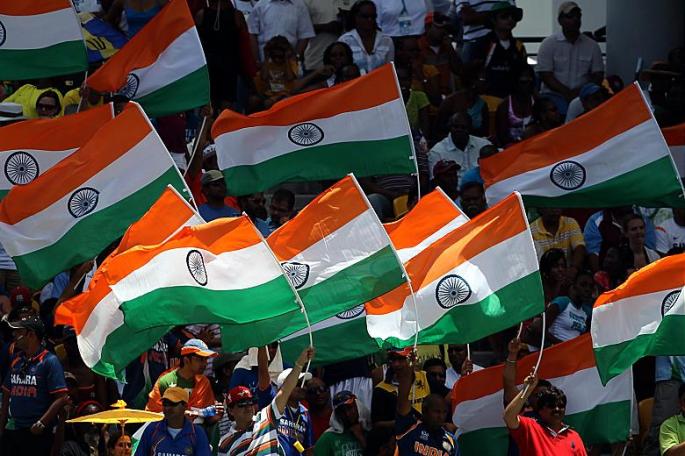 ‘And it’s India!’
‘India has bagged the gold medal in the finals’.
Be it any sporting event, at the blow of the final whistle, every Indian hope to hear such announcements. The performance of our athletes, in the recent international sporting events, has made it evident that those hopes are n’t let down.
Our athletes didn’t let go of any opportunity to make the nation proud with their remarkable performances. While the experienced players bagged gold medals in top sporting events, the youngsters made their mark.
There were many memorable and record-breaking moments in several sports throughout the year. The notable ones in each of the months were-

January – Blind Cricket
The Indian national Blind men’s cricket team faced the most compelling rival of our nation, Pakistan, for the third time in the finals of the Blind Cricket World Cup and defeated them for the second time in a row in a thriller of a match to bag their second World Cup. 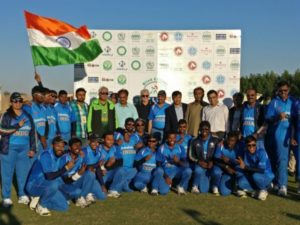 February – Cricket
Facing no failure throughout the World Cup tournament, the Indian men’s under 19 team succeeded to perform exceptionally in the finals too against the Australian U-19 team. Bowling first, India restricted the rivals to just 216 runs and chased it down in less than forty overs to lift the World Cup. India U-19 team is currently the most successful U-19 team with four World Cups. 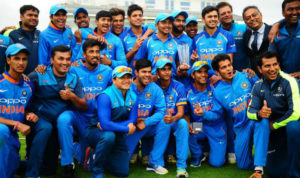 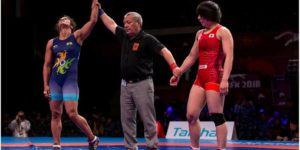 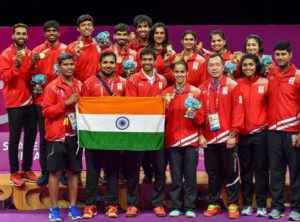 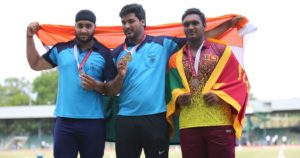 June – Football
The Intercontinental Cup 2018 was the biggest achievement of our national football team this year. It was a four-team association tournament hosted by our country. India stood top in the table facing only one failure and won the tournament by defeating Kenya (2-0) in the finals held in Mumbai. Scoring both of those goals himself, Sunil Chhetri, the captain then, moved to the second position in the list of active players with the most number of international goals. He jointly shares his position with Messi (65 goals) following Ronaldo (85 goals) on the top. 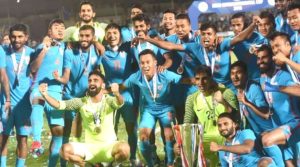 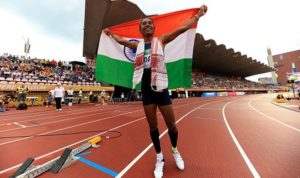 August & September– Asian Games
India’s performance at the Asian Games 2018 was exceptional. With a total of sixty-nine points, India ended up at the 8th position in the points table.
Vinesh Phogat (wrestler), Neeraj Chopra (javelin thrower), Rahi Sarnobat (shooter) received gold medals. They were the first Indians to receive gold in their respective sports. 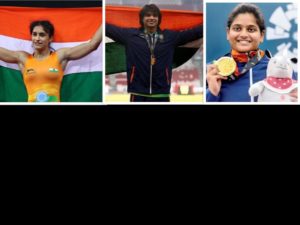 October – Asian Para Games
Having sent it’s largest ever contingent (190 athletes) to the Asian Para Games 2018, our nation succeeded in recording its best ever performance in the tournament. The team won seventy-two medals (gold-15, silver-24 and bronze-33) on the whole and were ranked 9th in the points table with 33 participants. Thirty-six of the seventy-two medals were won in the Para-Athletics. 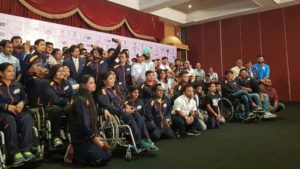 November –Boxing
India stood third in the 2018 International Boxing Association (AIBA) World Boxing Championship, held in the second and third weeks of November, with four medals (gold-1, silver-1 and bronze-2). Mary Kom won the only gold medal India received. She is the only female wrestler to have won six gold medals at the AIBA WBC. 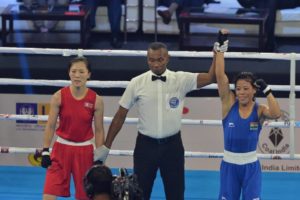 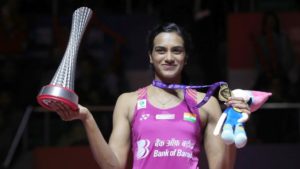 Of all these, the biggest sporting successes we have had in 2018 was the Khelo India programme launched by the Central Government to support the young talent in our country by providing them great infrastructure and top-level training and also supporting them financially.
“The Khelo India programme has been introduced to revive the sports culture in India at the grass-root level by building a strong framework for all sports played in our country and establish India as a great sporting nation.”- Ministry of Youth Affairs and Sports.

Ayrton Senna. A man whose legacy lives on to this day. Most modern-day drivers look up to him. He has won 41 Grand Prix in 162 races, has been on the podium 80 times, and has won the world drivers championship... END_OF_DOCUMENT_TOKEN_TO_BE_REPLACED

“Hand me the gun and don’t move a muscle”, an injured Shankar Narayan whispers to his son, while they take cover under an old Contessa. The little boy does exactly as his father says, his hands trembling, desperately trying to... END_OF_DOCUMENT_TOKEN_TO_BE_REPLACED

Faith has always been considered as one of the most inherently pure and pious things, across any and every religion and every school of a belief system based on the concept of God. That is probably because every single one... END_OF_DOCUMENT_TOKEN_TO_BE_REPLACED

Did your 8-year-old self ever wish for that awesome Pixar movie that you watched, and you watched, then you watched again, to be real? Because I did!  I had a dream. I wished I was a car so that I... END_OF_DOCUMENT_TOKEN_TO_BE_REPLACED

As the night grew darker, enveloping an empty street with mystery and fear, it embraced two college students, Matteo and Ace. Drunk and floundering into the dark alley, they hadn't realised how far they had wandered until they came across... END_OF_DOCUMENT_TOKEN_TO_BE_REPLACED