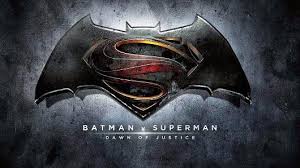 (Disclaimer: This review is filled with spoilers. Don’t say I didn’t warn you)

Firstly, I would like to confess that I am a huge Batman fan.  As a kid, I would watch the caped crusader punch his enemies and be in awe of this man who was brave enough to adopt one of his biggest fears into his fearsome persona. He also introduced me to the epic Justice League which was how I first got to know Superman. This pantheon of superhuman (and nearly human) gods seemed invincible. This was my introduction to the DC universe and I would not have had it any other way.

So when I heard that a movie was being developed which would put these two legends on opposing sides, excitement was not a big enough word to describe my feelings. I was euphoric, thinking about how these two titans would duke it out on the silver screen and how cool it would look. But a tiny sliver of doubt wormed its way into my consciousness. Was I maybe setting my expectations too high? Would Zack Snyder manage to satisfy me and other die-hard comic book fanatics? Would this be another “Man of Steel”? Because let’s be honest, the DC universe has a lot of catching up to do if they plan to pose a threat to the Marvel Cinematic Universe. So I hoped and prayed that maybe, just maybe, this would be the movie that would turn things around. So were my prayers answered?

Well.. not quite. The movie begins with the origin story of Batman (played by Ben Affleck) with the infamous alley shootout scene and we then go on to see the battle of Superman vs Zod from Man of Steel but this time from Bruce Wayne’s perspective. Superman (played by Henry Cavill) is saving lives left and right, but people have begun to question what he stands for. If a god-like being has the capacity to destroy the entire human race in the blink of an eye and one day decides to actually do it, who will stop him?

The mastermind Lex Luthor (played by Jesse Eisenberg) seems to think that the person to stop Superman would be himself as he tries to import a large rock of kryptonite in order to weaponize it. The first hour takes the time to set all of its pieces and a shootout in Africa would become the catalyst that topples this set of dominoes into pandemonium.

Batman finally lives up to the title of “World’s greatest detective” on the silver screen as he goes about trying to research Lexcorp.  Alfred wants Batman to settle down. Lois lane seems to be playing a damsel in distress far too many times in one movie. Diana Prince wants to get a photograph back. Amidst all of this chaos, Perry White is trying to run his newspaper the ”Daily Planet” on a budget.  And Superman? Well, he has an identity crisis. (Really).

One of the most significant problems in this movie seems to be the all the building up that the first half does. Since a lot of parallel-running story-lines have to be dealt with, they end up being underdeveloped and not explored to their full potential. The setup could be made cleaner with some tighter editing or pacing.

Of course, the actual fight that was so hyped up happens in the second half but it fizzles out so fast and stops for such a ridiculous reason that it almost made me laugh out loud. Then we are treated to the bigger threat, Doomsday created from General Zod’s body and we finally get a glimpse of the glorious Wonder Woman.

There is a fair bit of setup as well regarding the Justice League and while it was pretty cool to see snippets of the rest of the team which comprises of the Flash, Cyborg and Aquaman so far, the cooler Easter egg seems to be batman’s vision/dream sequence where he sees a war ravaged metropolis and the Omega symbol, a nod to (maybe) future-villain Darkseid, which is followed by a time-travelling Flash urging Batman to “find us”.

All of the actors do a commendable job considering the fact that the script does not allow for the fleshing out of these characters. Jesse Eisenberg seems to be gaining a lot of flak for his portrayal of Lex Luthor and after watching this, I could see why. Lex’s character had to be a criminal mastermind who could fool and manipulate two of the world’s biggest superheroes into turning against each other. Unfortunately, this Luthor fails to meet the criteria.

At this point, I’m not even angry anymore. Just disappointed, considering the fantastic original material they chose to go with (“The Dark Knight Returns” and “The Death of Superman”). I have seen many people arguing about the whole Marvel vs DC feud and how DC chooses to place its movies in a more somber setting as opposed to marvel’s bright and quirky tones but now the tables are turning. With “Suicide Squad” taking on a (needed) dark-comedic undertone and Marvel turning a shade more sober with “Captain America – Civil War”, both universes seem to be inching out of their comfort zones. How successful each endeavour will be is yet to be seen.

The corporate industry is notoriously famous for having the highest pay grade difference for employees working in the same company at different levels doing the same or similar jobs. This difference attracts several young engineers and management graduates into this... END_OF_DOCUMENT_TOKEN_TO_BE_REPLACED

Well, well, well. Something interesting has finally caught your attention in this painfully boring and monotonous life. You dash to the most convenient online marketplace to find the materialistic item that fuels your dopamine rush. These platforms help connect buyers... END_OF_DOCUMENT_TOKEN_TO_BE_REPLACED

“How long are you planning to cry and sleep in here?” I asked her, as I raised the blinds in her dark bedroom. Seeing the chocolate wrappers and empty Ramen cups spread across the room, I couldn't help but sigh.... END_OF_DOCUMENT_TOKEN_TO_BE_REPLACED

“THE SWAT TEAM BURST IN. THERE WAS CURTIS GREEN COVERED IN COCAINE AND FLANKED BY TWO CHIHUAHUAS” ~The Untold Story of Silk Road by WIRED In early 2011, law enforcement agencies were caught with their pants down when drugs began... END_OF_DOCUMENT_TOKEN_TO_BE_REPLACED

The human touch. Such a simple thing, yet one that holds immense power. Almost like a miracle. Wonder why? Read on.  We've been gifted with the five senses, namely: vision, speech, smell, hearing, and the most beautiful of all, touch.... END_OF_DOCUMENT_TOKEN_TO_BE_REPLACED