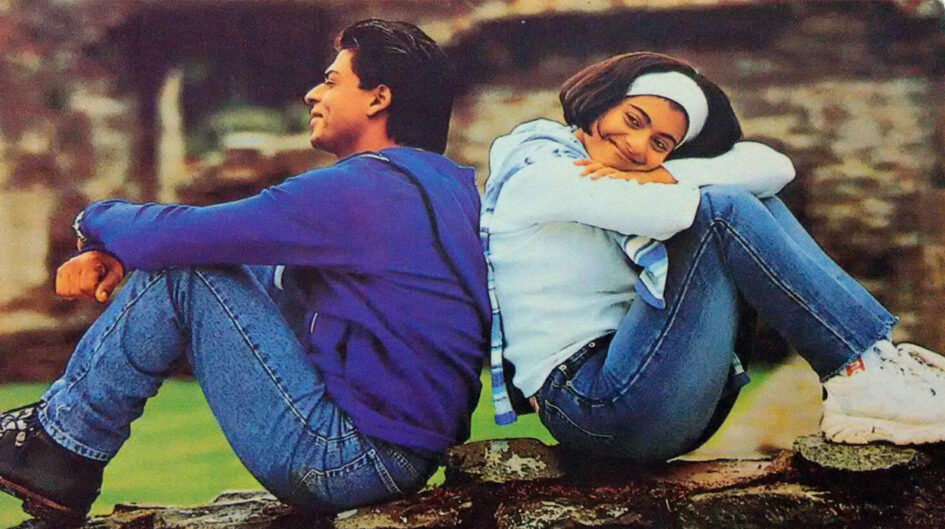 Indian Cinema is an ill-structured thing with pleasing aesthetics and flawed characters. The dialogue  “Mard ko Dard Nahi Hota” sums up precisely what part of Indian Cinema is problematic. While watching Kuch Kuch Hota Hai this week, I saw problems I did not see fifteen years ago. I was internally screaming at my younger self for even liking this film! The scene of Rahul laughing at Anjali (his best friend) just for dressing up in a way that her crush likes crossed my threshold. I got dizzy imagining the number of sexist scenes I might have overlooked.

Since its inception, Indian Cinema has had this classic affair with misogyny and toxic masculinity. The aggressive, angry young man winning over the villain in bloody clothes is a good summary of a hit protagonist. Rocky in KGF, Varun Dhawan in Badrinath ki Dulhania, kidnap the girl they like, and Chhulbul in Dabangg harasses the girl until she agrees to be with him. The misogyny list goes on. The only reason why such movies are made is that the youth loves drama. The heroine gets into bizarre situations, and the hero saves her because “Woh meri bandi hai”. This is what they love and want to be like.

The skyrocketing popularity of Kabir Singh/Arjun Reddy is not a mere coincidence. It displays the abyss of today’s generation. I was guilty of being a fan of Arjun Reddy previously until I realized how problematic it was. His attitude of beating people up, doing things his way, and “passionate love” for his partner are what the audience wants. It can be emulated quickly, so it is such a big hit. Women are called pseudo-feminists when they condemn it. When a film like “Thappad” is made to communicate how one Thappad also makes a difference, people consider it an unnecessary film. Do you see the irony here? Indian Cinema contains its share of Women-centric movies, amounting to 1%.

The protagonist’s heroism is problematic, but the depiction of romance in Indian Cinema is blatantly disturbing. The protagonist stalks the girl, tightly holds her wrist to win an argument, and gets angry at almost everything. This perception of romance is so wrong! Some movies just generalize rape and sexual assault. Jaani Dushman’s character, played by Manisha Koirala, was molested. But, everyone in the film, including a few girls, almost forced her to forgive the men just because they don’t want them to get rusticated from the college. I mean, normalizing an attempt at sexual assault? Can’t wrap my head around the fact that it went past the certification committee!

Veronica, in Cocktail, changes herself and becomes Meera (a girl who wears Salwar Kameez) to be loveworthy. Anjali from Kuch Kuch Hota Hai first curses girls who wear make-up by calling them “stupid” (At least main unn stupid ladkiyon mein se nai hoon jinke peeche tum bhaagte ho). And then she starts wearing makeup in the second half. Once she changes herself and starts dressing up like a “girl,” she becomes attractive, and Rahul falls in love with her. How does that make sense? The girls in Pyaar ka Punchnama are stereotyped as gold-diggers. There are so many examples of internalized sexism in Indian Cinema that I can write a book.

I never understood why I watched such films in the first place. Contemplating that, I also believe that it is not only the makers/actors who are at fault here but also the audience. We watch these movies and overlook the sexism and toxic masculinity that are crammed into them. Although I wouldn’t say that Indian Cinema is better now, I would say that it is slowly moving into a better place.

We will have to put up with a few Dabanggs and Kabir Singhs, but at least their constant urge to stereotype women into “abla naaris” is wearing out. A few movies in Indian Cinema are worth watching. I don’t want to say that Indian Cinema is entirely trash, I love it for the way they celebrate our culture but that would probably be the only reason to watch these films.

It feels like just a week ago when the internet was bombarded with memes of Will Smith slapping Chris Rock at the 2022 Oscars. Ah, what a moment. The Cannes Film Festival too ended just recently, leaving us waiting for... END_OF_DOCUMENT_TOKEN_TO_BE_REPLACED

Ayrton Senna. A man whose legacy lives on to this day. Most modern-day drivers look up to him. He has won 41 Grand Prix in 162 races, has been on the podium 80 times, and has won the world drivers championship... END_OF_DOCUMENT_TOKEN_TO_BE_REPLACED

Many of us might look back at the time we spent in school with nostalgia and fond memories. But most will also agree that it wasn't the happiest of places with long and monitored study hours, heavy bags full of... END_OF_DOCUMENT_TOKEN_TO_BE_REPLACED

Did your 8-year-old self ever wish for that awesome Pixar movie that you watched, and you watched, then you watched again, to be real? Because I did!  I had a dream. I wished I was a car so that I... END_OF_DOCUMENT_TOKEN_TO_BE_REPLACED