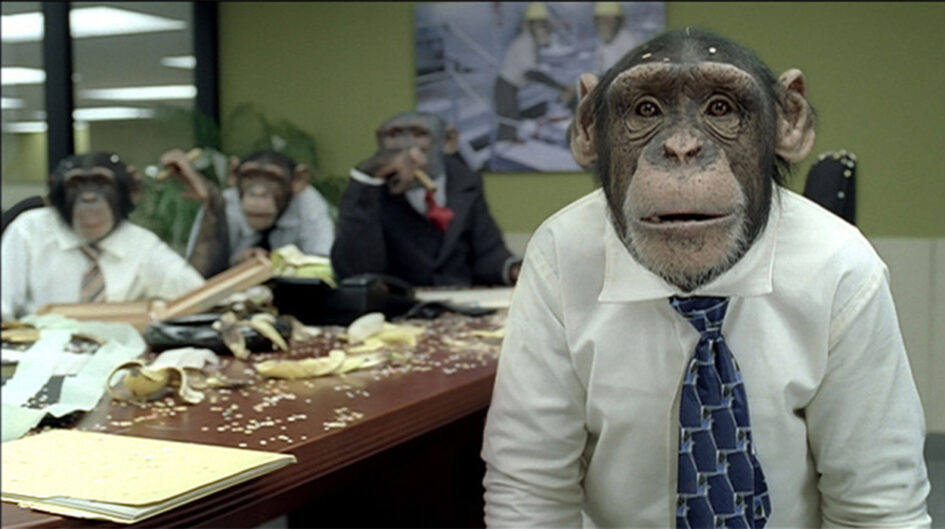 As Jesse yawned yet again for the 4th time in 3 minutes, he realized it was time to sleep. So he paused the “bill wurtz – history of the entire world, I guess” video on his laptop, and kept a bookmark halfway through the book “Sapiens” which was lying open but face down on his desk, closed it and threw it onto the desk again. As he was about to drift off to sleepy land, he hoped for no weird dreams like the ones he’d been getting for a while now, which take up his entire rem cycles, and do not give him the satisfaction of a good night’s sleep. But his hippocampus had other plans.

As he slept through the night, he entered the REM part of his sleep cycle, and his dreams began to cook. The cortex is responsible for the context, content and conjunctive nature of our dreams, as it is the visual entry medium through which we perceive the world when we’re awake. Whereas, the temporal lobe, deep in which the hippocampus is located, is responsible for our antics throughout the transitory dreams that we may or may not remember but sure get.

He was in a dreamy forest land, where he woke up to a view of richly nourished green land ahead of him. As he started walking ahead, there was an elevator, right at the bottom of a colossal banyan tree. The tree’s branches were all over the ground, creating tiny dissimilarities along the surface that he was walking on. He walked into the elevator, to find the board with the numbers in an unconventional place, which was right ahead of him, contrary to the general side of the elevator.

As soon as he saw the board with the switches, he realized there weren’t any keys on it. As he approached the board, the door closed behind him. But he did not get anxious about it, as he did in his earlier dreams for the past few days. There was a sense of familiarity and tranquillity to this one. As he turned back to the board after observing the door closing, 8 buttons popped out with different keys in ascending order from Jesse’s left to right. The leftmost one said “38”,
the next one said “261”, “roughly 12,000” showed the next,
“3,00,000 probably”,
“1.5 million loosely”,
“ 3.5 billion maybe”,
“4.6 billion seemingly”,
and the last one said, “apparently 13.8 billion”.

He was stupefied by the unconventional nature of the numbering and the bizarre nature of the whole setup. He pressed the button to his left which said “38”. The walls on all sides of the elevator swiftly lit up with various kinds of footage of different people working on room-sized computers and other equipment. On the wall to the left, there were all kinds of details about what, when, why, whom, where, and how people worked on the concept of the internet and their path to the product that we all obsessively use today.

On the wall that was ahead of him, there were multiple montages of numerous pictures of the early computers to the absurdly fascinating new ones that we love. Pictures of modems, early scientists working, Internet Protocol and what not. As he was skimming through the walls and the massive freightage of information on them, projected by his subconscious memory stored in the steepest of corners, and the most secretive of the places in his brain, the “261” button lit up. He got curious. Although he was sleeping, he could feel his brain getting elevated through the perception of its own creation.

Jesse hit the button and the metal ramparts around him entrapped him in his place and changed their projections onto the theme of the industrial revolution. The left wall, just as before, lit up with information about the sundry fields that discuss the transitions of various aspects of life like the production methods, the invention of steam engines, the evolution of engines from steam to internal combustion engines to the electric ones that we use today and every aspect of the progressions that took place in the so-called “Industrial Revolution”.

After sailing through the substantial amount of details displayed by his cortex, his mind slowly started understanding what it wanted to evince to itself. Jesse realized that the next key “12,000” was about the agricultural revolution as it was the previous, which altered the course of humanity. And the preceding “3,00,000” being homo sapiens evolving out of our preceding species in the hominins. And the next key that’s designated with “1.5 mil” being our early Hominidae cousins discovering fire. The next button “3.5 billion” being the time when the first signs of life were emerging on this planet. And the next one “4.6 billion” being the formation of this planet, and the last button “13.8 billion” being the beginning of this universe.

In those few seconds that Jesse realized this was what his cerebrum thought was the flowchart of the salient times in our big history, the first 3 keys on the board emerged under the “apparently 13.8 billion” button. The contrasting lifestyles of the different generational times were compared on the wall ahead of him. Jesse was astonished by the randomness of it all.

As flabbergasted as he was in that moment, he had an epiphany, the very next. He realized how far we advanced, in the blink of an eye, as a microcosmic unit of an ever-evolving strain of species. We are but a speck of stardust, in a random bijou residence in the incomprehensibly large cosmos. The universe perceives itself through us and as it gazes at the blistering pace of the evolution of humankind, from our wildest relatives, the hominins and our cousins before, onto the trailblazing path of unprecedented innovation and cognition that we are about to take-
Jesse woke up.

[Trigger Warning] The following reading contains potentially distressing information about self-harm. The reader is advised to use their discretion to continue reading.   Darkness cocooned her room, her heart twisted, churned, her fingers closed around her throat, nails digging into... END_OF_DOCUMENT_TOKEN_TO_BE_REPLACED

Growing up watching Sci-fi movies, I always imagined myself living in a fully automated world with all these cool tech devices- flying sneakers, teleportation units, and whatnot. Something as dreamy as the “first cognitive city” proposed to be built in... END_OF_DOCUMENT_TOKEN_TO_BE_REPLACED

[Trigger Warning] The following reading contains potentially distressing information about violence, brutality and sadistic practices. The reader is advised to use their discretion to continue reading. “For the last time, you don’t have to do this. They will finish the... END_OF_DOCUMENT_TOKEN_TO_BE_REPLACED

“How long are you planning to cry and sleep in here?” I asked her, as I raised the blinds in her dark bedroom. Seeing the chocolate wrappers and empty Ramen cups spread across the room, I couldn't help but sigh.... END_OF_DOCUMENT_TOKEN_TO_BE_REPLACED

From a very young age, we are socialized to behave according to our sex. Boys are taught to be “masculine” and girls are taught to be “feminine”. But are there any biological differences between a man and a woman which... END_OF_DOCUMENT_TOKEN_TO_BE_REPLACED