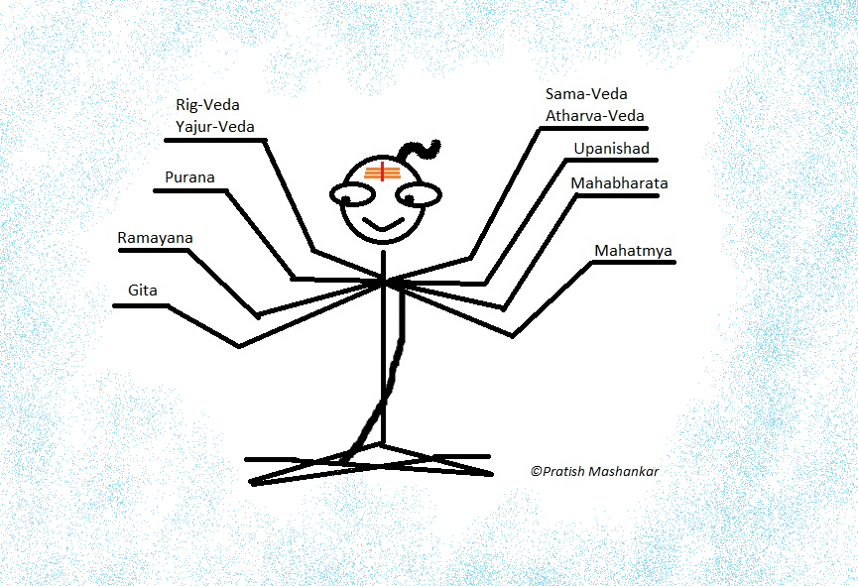 I guess, the most unpredictable thing after Argentina-Croatia’s 0-3 match, is the month of June. First, the ACs shoot 20 degrees, and the very next moment, you end up begging for blankets. Well, how cute it is, that they call “the ‘devouring’ of the scorching sun by the dark tenebrous clouds which either floods floor or sweats shirt”, as ‘the end of Summer’.

As July begins, the many mango stalls, which ruled the heated streets, find themselves replaced with the tongue-colouring kala jamuns. Fun-fact, we owe this fruit a big time, because, it’s only after it that our country was named ‘Jambudweepa- The island shaped like the rose-apple.’ This reminds me of many other names our country has inherited, from ‘Bharatvarsha’ after the Ikshavaku King Bharata to ‘India’ after the river Indus. Ever wondered, how amazing this journey would have been? The technological advances and philosophical enlightenment from the Vedic era to this 21st century, each phase weaved the simple secrets of life into plausible stories.

When these stories were compiled they received the epithet as ‘Puranas’. When written as poems, they were called as ‘Itihasas’. Their knowledge earlier existed as Vedas, which concatenated with Up-Vedas, and was followed by the Upanishads. Each being compiled by the descendant of the great sage Vashishta, Krishna Dvaipayana aka Ved-Vyas (lit: splitter of Vedas).

The philosophies in them seem tiring, don’t they? Let us funnel everything down to this:

That’s it! We have touched the bottom of the ocean of all philosophies India has ever developed. When you and me identify each other as one soul.

Wait, hold up, is that, is that a hole!? I see a tunnel inside this ocean of ideas!

Oh, I get it, these philosophies, of which we have been talking about seems to have no bottom. There’s another dimension to ponder upon, the minuscule ‘you-me’ diagram is just a beginning, there lies a lot ahead. We have to explore the four Vedas, the many Up-Vedas, 108 Upanishads, 18 Puranas, the Ramayana, the Mahabharata, the ten incarnations of Lord Vishnu, the many forms of Mahadeva.

So all we need to now do is, explore a few facts, vivid images and simple stories, try to analyse and interpret them at our own levels, and explore and excavate their ideas. 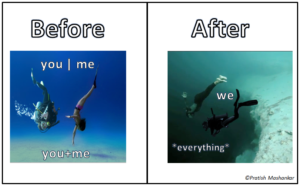 During the last term, we had approached the legend of the young Markandeya, as ‘the boy who defied death‘. The tale of conquering ‘Ahamkara’  (ego) with the help of  ‘Aatma Shakti’  (inner strength) through ‘Indriya Nigraha’ (governing of senses) to achieve ‘Amrita’ (immortality).

We also witnessed the glamorous use of the ‘period which grew a leg’ aka semi-colons through the specs of Dashavtaar, karma and rebirth, and how the semi-colons symbolized continuum, as different ideas emerged and submerged to establish independent statements.

We celebrated the unison of Narayana and Mahadeva while observing the ‘Padmanabhaswamy Suvarna Murti’ (the Golden Idol of the Lord with lotus navel), and the reason for the placement of the Shiva-ling under Vishnu’s palm; an amalgam of the legends of ‘the infinite’s hand over the infinity‘

We traced the origin of the ‘Triple Talaq’ (Sunni Muslim form of divorce by uttering the word ‘talaq’ three times) to the verses of Quran and appreciated the role of the legendary woman Shayara Bano, who along with four other Muslim women helped in abolishing the unconstitutional, un-Quoranic practice, which made our voices echo- ‘Subhanallah, Justice Mashallah!’

That was just a beginning, this year holds many more mysteries to be experienced. We shall widen our point of views and enter deep into the oceans of awe; overturn the stones of doubt and walk through the meadows of inspiration; gaze the valleys of mystical truths and oversee the hills of mighty Kings. We shall dance on the debris of fallen Kingdoms and sweat profusely over the King-makers.

We will meet Brahma, the creator, as he is perplexed by seeing infinite ‘Brahmas ‘around him. We will meet Vishnu, the preserver, as he takes birth from numerous wombs while giving birth from his womb. We will meet Shiva, the destroyer, the hermit turned householder. We will meet Saraswati, the daughter, who helped her Lord understand the meaning of ‘ardhangini’. We will meet Lakshmi, the bringer of fortune, who guided her Lord through his incarnations. We will meet Adi Shakti, the mother goddess who ensured her Lord’s participation with his subjects.

It is nothing short than a journey to the realms with, within and without us. So fam, lets buzz out of this universe you see and fly to the ‘you’niverse you seek!! 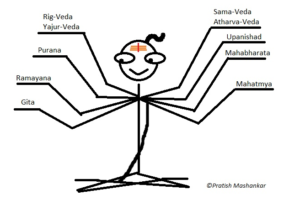 This summer, master a skill that will isolate you regardless of a pandemic! Step 1: Look up ‘recipes for beginners’. Scratch that. Search ‘easy recipes for dummies’. If you are using an optimal search engine, open the link you find... END_OF_DOCUMENT_TOKEN_TO_BE_REPLACED

In December of 2019, the Chinese Government reported 41 cases of mysterious pneumonia in the Hubei Province, Wuhan. The investigations deduced a novel (new) coronavirus. It was named SARS CoV2. Similar to the previous coronavirus outbreaks like SARS and MERS... END_OF_DOCUMENT_TOKEN_TO_BE_REPLACED

The outbreak of the COVID-19 pandemic has undeniably disrupted our daily lives and summer plans. With the nationwide lockdown in place and government-mandated social distancing, it’s easy to think we’re living in a somewhat dystopian novel at the moment. Alone,... END_OF_DOCUMENT_TOKEN_TO_BE_REPLACED

The numbers from the 1918 Spanish flu pandemic- one of the deadliest pandemics in history- reveal that the disease caused more than 17 million deaths. But most of these deaths were not attributed to the pandemic alone. The inception of... END_OF_DOCUMENT_TOKEN_TO_BE_REPLACED

The most basic essentials of human life have always been food, water, shelter, and clothing. It is believed that perfecting the supply chain of these four essentials is what has allowed us to evolve into the most dominant living being... END_OF_DOCUMENT_TOKEN_TO_BE_REPLACED