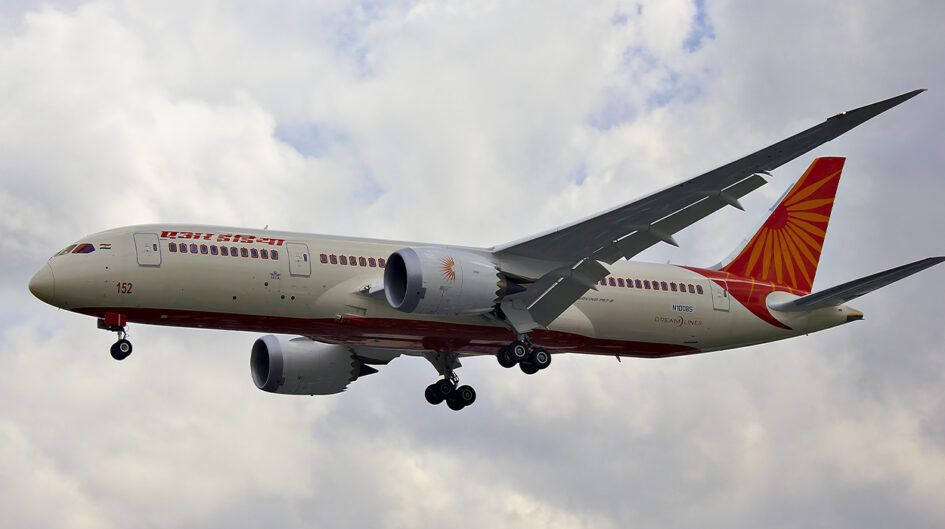 On 8th October 2020, the Tata group won the bid for Air India for Rs.18000 crores, a far cry from the Rs.2.5 crores, at which it was sold to the Jawaharlal government. Ahh, forgive me, where are my missing manners? Let me introduce you to the largest of all the Indian airlines, the first-ever Asian airline to enter the jet age, *drum rolls please* Air India. Ring any bells? No? Okay, no worries, you’re in the right place. Ladies and gentlemen, I request your undivided, unadulterated attention, because we are about to dive into Air India’s rather indulging story.

Let’s get started with the 1900s, where young JRD Tata spent his childhood frolicking in France and grew up to be an Indian aviator and a business tycoon while also being the first Indian to acquire a flying license. In the year 1932, JRD Tata along with Nevill Vintcent, a former Royal Air Force pilot, founded Tata Airlines, which dealt with delivering mail from Karachi to Bombay via a puss moth carrier, piloted by Tata himself and from Bombay to Madras aviated by Nevill Vintcent. This was a more efficient and convenient way to carry mail as opposed to trains, which was how mail was delivered at that time. Tata aimed at civil aviation and worked for domestic flight operations for the people. Tata Airlines carried about 155 passengers and 10 tonnes of mail every day and in exactly one year they had amassed a profit of 60,000 INR.

In the year 1946, Tata Airlines became a public limited company, meaning anyone, be it a pauper or a prince could purchase its shares and it was relabeled to Air India. In two years, specifically 8th June 1948, the airline’s first international flight took off from Bombay and landed in London. It was a Lockheed constellation and went by the name of the Malabar princess. In the same year, the Jawaharlal Nehru government, which was established after independence, also acquired a 49 per cent stake in the company.

Over the next few decades, Air India thrived and soon enough it built up a great reputation for its impeccable service and hospitality. It was said to have served the finest food available at that time- champagne, the best steaks, caviar, and many more wide-ranging varieties sufficient enough to fulfil every connoisseur’s wildest dream and not-so-surprisingly gained a name as “A Palace In The Sky” mainly owing to its exquisite food and palatial lounges.

In the year 1953, the government procured the rest of Air India’s stock with a price of Rs.2.8 crores, intending to nationalize the airline, Tata reluctantly complied and had to give in to the government’s wishes. The only silver lining was that JRD Tata could still hold his position as chairman. The airline was then rechristened as Air India International Limited. JRD Tata retained his position as chairman until 1978 and then retired from Tata Sons in 1991 at the age of 87.

In the year 2007, Air India had been hit with a massive loss of 5.41 billion rupees. It was not the only one, as Indian airlines also struggled with a loss of 2.31 billion hereby accompanying Air India in its forfeit. The government had decided to merge Air India and Indian airlines to negate the losses, which wasn’t their best call because it made matters worse. Since then, Air India had been prone to recurring losses, almost Rs.20 crores per day as claimed by the secretary of the Department of Investment and Public Asset Management (DIPAM).

Reprivatization was their only reprieve from the massive debts, and finally, on 28th June 2017, the government assented to the privatization of Air India. In March 2018, the government allocated an expression of interest (EOI) to sell about 76 per cent of Air India, the winner of the bids would be obliged to deal with the humongous debt of 33,392 crores INR. However, no private firms stepped up for it and the government had to rescind the offer.

In January 2020, the government of India came up with another offer, comprising of a 100 per cent stake in Air India, 50 per cent shares of AISATS, and a lowered debt of Rs.23,286.5 crores. Which was a massive cutback the government made because the total debt was Rs.60,000 crores. By October 2020, the government of India declared that the winner of the bids could choose the amount of debt they could take on, and only then, did they start receiving bids. In September 2021, the government of India had gotten seven bids, out of which five were eliminated, as they could not meet the terms of the Preliminary Information Memorandum (PIM). The EOIs were then down to Tata Sons’ and Spicejet’s consortium led by Ratan Tata and Ajay Singh respectively. The former offered a sum of Rs.18,000 crores as opposed to the latter who put forth an amount of Rs.15000 crores. Needless to say, Ratan Tata won the bid and on 8th October 2021, the government sold off the airline. After sixty-eight long, strenuous years of debts and losses, Air India was finally home.

The Birth of Air India: The Malabar Princess | Airways Magazine

Growing up watching Sci-fi movies, I always imagined myself living in a fully automated world with all these cool tech devices- flying sneakers, teleportation units, and whatnot. Something as dreamy as the “first cognitive city” proposed to be built in... END_OF_DOCUMENT_TOKEN_TO_BE_REPLACED

“How long are you planning to cry and sleep in here?” I asked her, as I raised the blinds in her dark bedroom. Seeing the chocolate wrappers and empty Ramen cups spread across the room, I couldn't help but sigh.... END_OF_DOCUMENT_TOKEN_TO_BE_REPLACED

Flash, Flash, Flash. Various screens show the face of the actor. A woman crying in the corner while another loves the visual of her crying. The editor looks at all of these different shots and lets out a satisfied... END_OF_DOCUMENT_TOKEN_TO_BE_REPLACED

From a very young age, we are socialized to behave according to our sex. Boys are taught to be “masculine” and girls are taught to be “feminine”. But are there any biological differences between a man and a woman which... END_OF_DOCUMENT_TOKEN_TO_BE_REPLACED