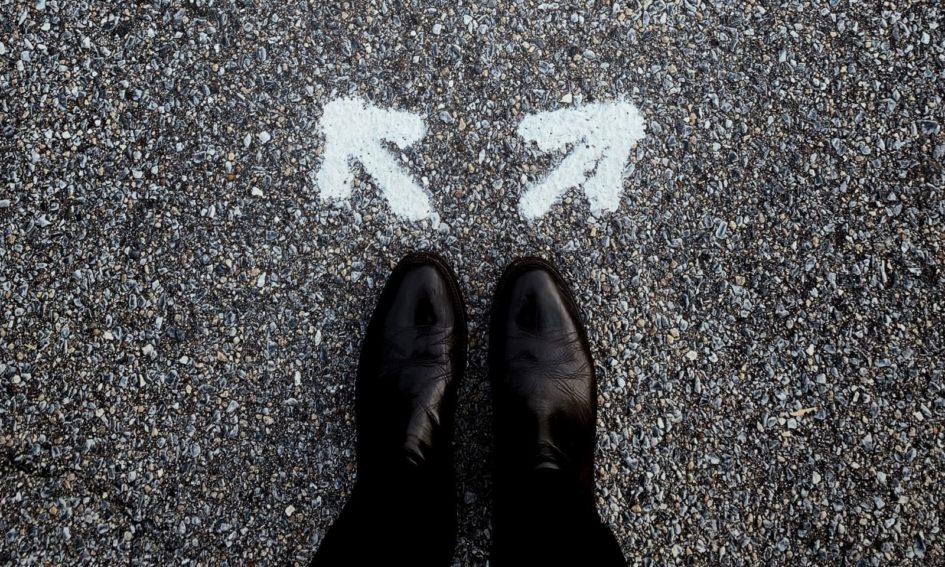 As humans, it’s natural to believe that we are in control of the actions we take. After all, conscious control over our actions is what makes us humans and not programmed machines. You might feel that you freely chose to read this article and at any moment you can choose to stop. This concept is what’s called “Libertarian Freewill”―It states that you are in control of your actions and any decision you make is determined only by your conscious self. Let’s delve deeper and try to find out if this is true with the help of a thought experiment.

Let’s say you had to pick between chocolate or vanilla ice-cream. Try answering why you picked one flavor over the other. The answer’s simple, its because you want it. Here comes the tricky part, are wants something you can control? Not a chance. The reason you wanted one flavor over the other is because of your likes. In my case, my brain just liked chocolate more than vanilla. I didn’t choose to like chocolate over vanilla. Neither can you. Hence, your likes are something you can’t control.

You could now argue that you could’ve chosen the flavor you didn’t like. Isn’t this you acting according to your will freely? I am afraid it isn’t. The reason you wouldn’t pick the flavor you like is either because you wanted to prove that you do possess free will or because of your general mood. In this case, your desire to prove me wrong dominated over the desire to choose what you like. Why did this happen? Did you have control over this desire? Obviously no. We can say that an external agent had to influence you to make you choose something you wouldn’t have otherwise, were it me, who told you that you can’t pick otherwise or the factors around you that affect your general mood. Both of these things are out of your conscious control. This holds for every situation you could think of. If you look closely, there’s always an underlying want.

If all the basic actions we take are not free, then what does it truly mean to have free will? Firstly, we must have control over all the external and internal factors that affect our decision making like our mood, life experiences, influence by other people, genes, etc. Furthermore, Since a free action is independent of all the external factors, the decision to have such a desire would require to have no cause. But, our universe is known to be deterministic. This means that everything in this universe has a cause and effect. This fact directly contradicts the requirements for having free will.

There’s just one final piece to this puzzle. According to an analysis done by Sam Harris in his audacious book “Free will”, a person acts only for these two reasons:

In the first case, it’s clear that a person being forced to do something is not acting freely. And we have already concluded how acting according to desires doesn’t count as someone acting freely either. Hence free will is an illusion. Even though we feel as if we are in control of actions, at a deeper level this illusion of free will starts to fall apart.

Here’s the bottom line. Not having free will doesn’t necessarily need to have severe repercussions. But acknowledging this fact gives you a better understanding of how your brain works. This understanding can be used to improve one’s behavior as a person. Instead of blaming yourself for not having the will to do something, you can analyze the factors around you which will lead you to take actions that will improve the condition.

Ideally, I’d thank you for reading the entire article. But, did you even have a choice? Now that we think of it, does anyone ever deserve gratitude, blame? What are emotions without free will? Those are a few questions you can ponder over and discuss in the comments below.

“You are not controlling the storm, and you are not lost in it. You are the storm.”

-Inspired by Sam Harris’ Free Will

The human touch. Such a simple thing, yet one that holds immense power. Almost like a miracle. Wonder why? Read on.  We've been gifted with the five senses, namely: vision, speech, smell, hearing, and the most beautiful of all, touch.... END_OF_DOCUMENT_TOKEN_TO_BE_REPLACED

From a very young age, we are socialized to behave according to our sex. Boys are taught to be “masculine” and girls are taught to be “feminine”. But are there any biological differences between a man and a woman which... END_OF_DOCUMENT_TOKEN_TO_BE_REPLACED

[Trigger Warning] The following article contains acts of cruelty and violence. Reader discretion is advised. I opened my laptop, exhausted from all the classes at college, (not) ready to log in to another class when I stumbled upon “Monster: The... END_OF_DOCUMENT_TOKEN_TO_BE_REPLACED

For the fourth time this week, I woke up at my desk. It wasn’t very comfortable: most of the space was taken up by an assortment of empty Red Bull cans and coffee cups. Clutter never bothered me though, it’s... END_OF_DOCUMENT_TOKEN_TO_BE_REPLACED

“How long are you planning to cry and sleep in here?” I asked her, as I raised the blinds in her dark bedroom. Seeing the chocolate wrappers and empty Ramen cups spread across the room, I couldn't help but sigh.... END_OF_DOCUMENT_TOKEN_TO_BE_REPLACED