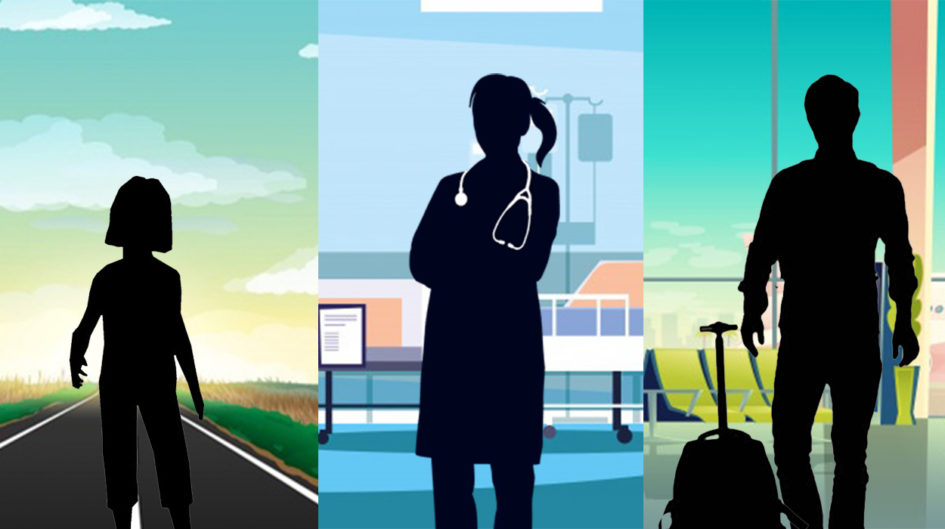 “ Please ma, just five more minutes “, replied Rani, reluctant to open her eyes as she could barely rest for an hour.

“ No we can’t afford to rest anymore, it’s already noon and we could only pull off half of what we are supposed to by now. “

Rani opens her eyes to the scorching sun and sees the rest of the mob taking off to resume their journey to their native place.

“ Don’t say that. We are just four days into our journey and have not even covered half the distance yet “, replied her mom, taking her two-year-old son into one of her arms, a cloth sack into the other with a basket on her head and an optimistic smile on her face.

Rani hastily puts on her worn-out slippers, grabs the cloth sack from her mother, puts it around her neck, and runs impatiently to her father who was about ten feet ahead of them.

“ When are we going to reach grandma’s house, Papa? “

“ The faster we walk the sooner we get there“, he replied with a grin, toiling hard to manage his bicycle with his hands on which piles of household needs were stacked up.

“ But Papa, why did we have to vacate our house all of a sudden?” asked Rani curiously treading faster to keep up the pace with her father.

Rani’s father, a construction worker, couldn’t find any work for the past 40 days due to lockdown because of which he ran out of all his savings. He couldn’t pay the rent for their tiny house and could also no longer afford to make a living in the city, hence, they have decided to leave the city and return to their native place.

But how could he explain all this to his ten-year-old daughter whose pain of swollen feet was taken over by the excitement to see her grandma and play with her cousins?

“ Don’t you want to spend your summer vacation at your grandma’s place? “

They moved on as he narrated her stories from his childhood wishing that the lockdown would soon end and he could find some work. 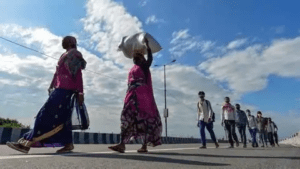 A dish fell on the floor while Rahul was washing it. He looked down at its pieces on the floor, cursed it, and unwillingly bent down to pick them up.

“ Dad, Dad “, yelled his six-year-old son from the living room.

Rahul’s wife was a senior pulmonologist at AIIMS, Delhi. She was working day in and day out treating COVID patients ever since its outbreak in India. Now, it’s been more than a month since she hasn’t been home.

She was being interviewed by a news channel.

Rahul rushed to the TV. He was hardly paying attention to what she was saying. All he could notice was that she had become a lot leaner than the last time they had Facetimed and was going through a lot of stress.

Right then he heard a loud cry. It was his infant baby girl from the bedroom who was awake and hungry. He reached there at a gallop, took her into his arms, and tried to calm her down. He left her with her brother on the couch and headed to the kitchen to get her some warm milk.

He stepped onto a piece of the broken dish and in a flash, blood was gushing out of his feet.

Rahul leaned forward to grab a chair, settled down, and dressed his wound. He slowly gazed at the clock and then realized he was already an hour late for his zoom meeting.

He gave a deep sigh, raised, heated the milk, fed his baby, and put her back to sleep.

Rahul then went back to his desk. He reminded himself of the promise he made to his wife the day she left for the hospital that he would take care of their children no matter how demanding it would get. He turned on his laptop and started working hoping that this pandemic would soon come to an end and his wife could get back home. 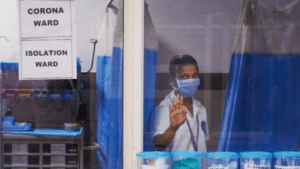 “ ALL PASSENGERS WAITING FOR FLIGHT DL-035 FROM ABU DHABI TO DELHI ARE HEREBY INFORMED THAT YOUR FLIGHT HAS BEEN CANCELLED. PLEASE DON’T PANIC AND STAY CALM.”

Ali woke up to this announcement with a jerk. This gave him a chill down his spine.

“ Man! This is not fair. How long do we have to stay here without food and water? “ His friend howled in frustration.

Ali and his bunch of friends have been stuck at Abu Dhabi International airport for the last 12 days. They were medical students from India studying in Spain. They were evicted out of their hostels as a curfew was declared throughout Spain.

Ali sprinted to a heavily crowded helpdesk. He halted for a second as he had no face mask and was afraid of contracting the virus. He somehow managed to penetrate the mob and tried contacting the airline manager. But it served no purpose as none of them was answerable and all the flights to India have been called off.

He couldn’t think of any way out of this. All he knew was that he and his friends were starving and there seemed no way for them to contact their families back in India.

Ali lurked around to find some food but failed eventually.

He then strolled back to his friends praying for the lockdown to end asap so he could reach his home safe.

“How long are you planning to cry and sleep in here?” I asked her, as I raised the blinds in her dark bedroom. Seeing the chocolate wrappers and empty Ramen cups spread across the room, I couldn't help but sigh.... END_OF_DOCUMENT_TOKEN_TO_BE_REPLACED

[Trigger Warning] The following reading contains events of death. **This is entirely a work of fiction and no distress was intended for any family/person affected by a natural disaster. “Please Ma!” Arya pleaded. “I made it to my final semester.... END_OF_DOCUMENT_TOKEN_TO_BE_REPLACED

From a very young age, we are socialized to behave according to our sex. Boys are taught to be “masculine” and girls are taught to be “feminine”. But are there any biological differences between a man and a woman which... END_OF_DOCUMENT_TOKEN_TO_BE_REPLACED

The human touch. Such a simple thing, yet one that holds immense power. Almost like a miracle. Wonder why? Read on.  We've been gifted with the five senses, namely: vision, speech, smell, hearing, and the most beautiful of all, touch.... END_OF_DOCUMENT_TOKEN_TO_BE_REPLACED

Comfort space is personal to every individual. It allows you to be yourself and cherish the moments as they are with no judgment whatsoever. As for me, movies and music do the job. Speaking about movies, I have been exposed... END_OF_DOCUMENT_TOKEN_TO_BE_REPLACED