Pokémon GO – Gotta Know it All! 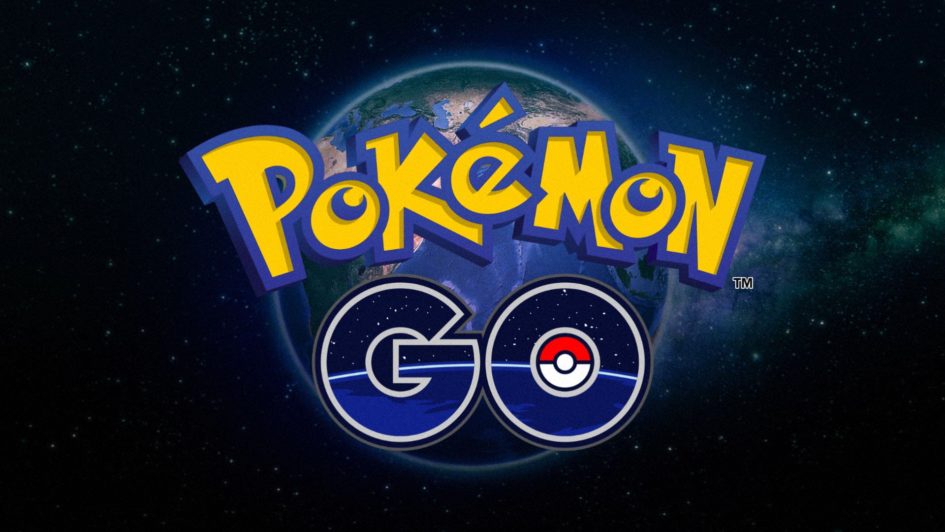 Pokemon GO- Gotta know it all!

Remember to be alert at all times. Stay aware of your surroundings.

The disclaimer is not an exaggeration. Once you start playing, you are sucked into the insanely engrossing world of Pokémon GO.

For the uninitiated, Pokémon GO is perhaps the biggest Augmented Reality Gaming app till date that has virtually taken over the world and racked up millions of downloads already. It is a game that allows players to “catch Pokémos” as they appear on your phone screen using PokeBalls. All this is done using GPS navigation and real-world walking. The type of Pokémon depends on where you are and what time it is. You catch Pokémons in a virtual world overlaid on the real world. Unfortunately, the Pokémons aren’t real – at least not yet. Originally a Japanese anime — credit where it’s due, Pokémon has garnered popularity worldwide.  The fact that users in the same location see the same Pokémons is a very good design decision. Niantic clearly put a lot of thought into how this game works in the real world and they’ve done an amazing job with that.

Although officially launched only in the US, Australia, the UK and now, Japan, many have been able to install the app via some technical workarounds. Here’s a piece of advice, if the APK file requests to connect to Wi-Fi, read bookmarks or run at startup, it is probably an instance of malware and should be avoided. Server overloads have delayed the app’s launch in other countries. That is a testament to the game’s massive popularity. If numbers are anything to go by, it has already surpassed Twitter in daily active users. The app’s stupendous success skyrocketed Nintendo’s stock price. However, the shares nosedived when investors realized it doesn’t actually make Pokémon GO.

A crucial feature Pokémon GO has in its favour is that it only needs GPS and a smartphone. This helps the app rank up high in user-friendliness. Take, for instance, Geocaching which requires more advanced knowledge of GPS. It is the perfect platform to realize the fantasy of seeing a Pokémon in real life — a long-held dream amongst fans. To participate in something this futuristic is an interesting experience.

To answer the big question of why Pokémon GO is so ascendant, its user base mainly comprises of millennials who watched Pokémon religiously. This game attempts to bring fond memories back (nostalgia hits you like a bullet). Furthermore, why not spice up your mundane daily routine with some Pokémon? The app has many users go the distance, literally. It gives users a sense of exploration by encouraging users to go outside and connects them socially to others. Pokémon GO piggy-backs on our obsession with social media. The app offers plenty of opportunities to brag on Facebook or even pose with Squirtle on Instagram.

The app does have its share of dicey consequences; many people have been reported to have suffered injuries by bumping into poles and being lead to remote locations in search of Pokémons. Well, it isn’t called a disclaimer for no reason! A big downside of the game is the battery usage which is an issue troubling many AR games. Phone batteries everywhere are suddenly feeling the burden. This is just an early technological hurdle that AR games will overcome over time.

Surprisingly, lack of natural light doesn’t seem to deter Pokémon hunters as they are willing to wander around outside late at night in search of that elusive Magmar or Meowth.

Here’s what Akanksha Bodhankar has to say about the game, “The PokeStops and PokeGyms would expose us to other players, who we would chat with… it was a pretty magical experience.”

PokeStops are more prevalent in popular parts of the city. You can find a lot of water Pokémons at basically any water body. There are specific locations in the city, like road number 36 Jubilee Hills and Tank Bund, for finding peculiar Pokémons.

Here are a few tips, 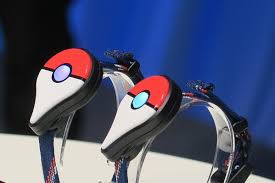 Pokémon GO Plus is a standalone peripheral that lets you play without having to look at your phone’s screen the entire time. The device connects to a smartphone via Bluetooth and notifies the player about events in the game. The Pokemon Go Plus device will apparently light up and vibrate in the event that a Pokemon is nearby. The player then has to press the button to capture the Pokemon. It released on 31st July.

The game  spawned many YouTube videos on “How to find rare Pokémons” and memes such as: 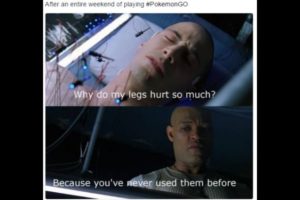 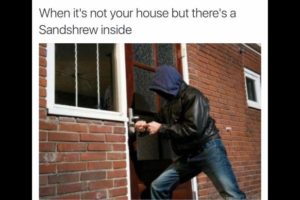 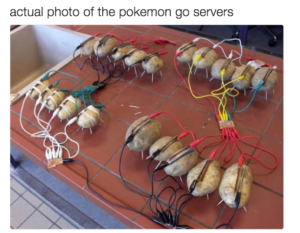 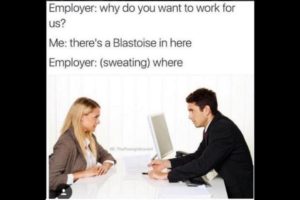 May the odds be ever in your favour in your pursuit to catch ‘em all!

Having said that, it is too early to say how long players will remain enthralled by Pokémon Go. As is the trend, I hope more AR games crop up with characters such as Hans Solo, Tintin, Indiana Jones or Sherlock Holmes. Now, wouldn’t that be awesome?

[Warning] The following content may trigger anxiety. Reader discretion is advised.   The sun rose again. It was yet another day of the tiring and exhausting quarantine. Luv, still in his bed was reluctant to get up. His phone vibrated... END_OF_DOCUMENT_TOKEN_TO_BE_REPLACED

The clock strikes half-past five and I watch the seconds tick from the corner of my eyes. Time seems to go slower than before. The fault doesn’t lie in the clock but in what the world outside has to offer,... END_OF_DOCUMENT_TOKEN_TO_BE_REPLACED

In December of 2019, the Chinese Government reported 41 cases of mysterious pneumonia in the Hubei Province, Wuhan. The investigations deduced a novel (new) coronavirus. It was named SARS CoV2. Similar to the previous coronavirus outbreaks like SARS and MERS... END_OF_DOCUMENT_TOKEN_TO_BE_REPLACED

The most basic essentials of human life have always been food, water, shelter, and clothing. It is believed that perfecting the supply chain of these four essentials is what has allowed us to evolve into the most dominant living being... END_OF_DOCUMENT_TOKEN_TO_BE_REPLACED

With the Covid-19 outbreak taking a toll on our sanity, social lives, and several other factors, this time, we, as kMITRA wanted to do something different. We wanted to know what our readers think about this time in quarantine and... END_OF_DOCUMENT_TOKEN_TO_BE_REPLACED