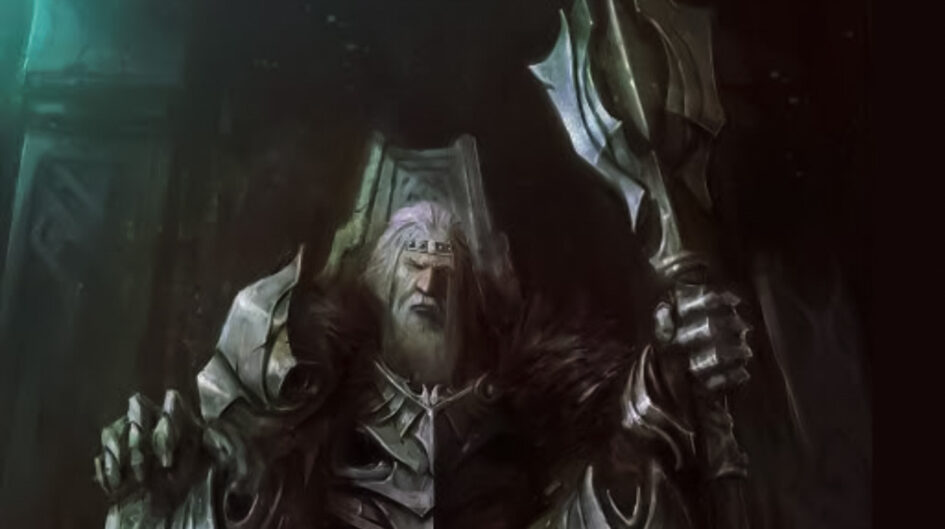 With a name that rhymed with ‘The Man’

He was the ruler of all land

Of all trees and all sparrows that lived within;

Of all ocean and whales and fish and reefs;

He was the ruler of the snow he melted

And of the night sky, he killed.

Too strong; too powerful.

But his face and arms wrinkled like last year’s apple.

Far above his wilted back

And just below his sinking brows

But oh the contradiction,

Like a single candle burning in a dark, grand palace

His eyes shone, brighter than any other fragment of his weary body.

Sitting pompously, yet rusting was his throne.

He called to the heavens, “I am not alone!”

He donned on his back a cape of loneliness

Not an echo to be heard.

“Tomorrow is mine own day”,

He told himself every yesterday.

But ill-wishers, he had more.

He had but only two archnemeses-

Time and The Man himself.

There were others but

It was impossible to reach him after all.

T’was not because he was high up above

But ‘cause he was found nowhere

Except for the depths of the nether

Where his body sunk from the weight of his sins.

Still, his prideful neck stuck not below.

The tyrannical emperor, feared by all.

“A murderous beast who-

Killed his brothers and sisters and himself too.”

The voices called him cruel names.

But he was loved and he loved.

He laughed and he cried.

His fists clenched to unveil his skin calloused

And all those countless scars.

The scars he collected fighting monsters inside him.

But so, so satiny were his palms

With which he caressed his sons and daughters.

Was he a demon or an angel?

He was but only a Man.

And bones and flesh

He was a fragment not of light

An insect in the vast space

A locust is what he was.

One only wanted to kill him,

Or one didn’t care at all.

Look at them, the bugs

Every poison on land tried as their enemy

But their numbers fail to erode.

If you ever thought-

Was he more than many?

I am but just a teller

And he was but just a man

A Man there lived never

Or live, did he ever?

– Inspired by the thoughts on humanity in “The Three-body Problem” by Cixin Liu.

Many of us might look back at the time we spent in school with nostalgia and fond memories. But most will also agree that it wasn't the happiest of places with long and monitored study hours, heavy bags full of... END_OF_DOCUMENT_TOKEN_TO_BE_REPLACED

Did your 8-year-old self ever wish for that awesome Pixar movie that you watched, and you watched, then you watched again, to be real? Because I did!  I had a dream. I wished I was a car so that I... END_OF_DOCUMENT_TOKEN_TO_BE_REPLACED

Two things have always fascinated me as a child- words and crosswords. Which word should I say? How do I say it? Can it, in its barely ten letters, hardly three syllables, carry the whole meaning of what I want... END_OF_DOCUMENT_TOKEN_TO_BE_REPLACED

The scene opens in a jury room, where a decision is to be taken on the death sentence of a man accused of murder. After voting, each juror explains why they feel the accused is guilty or not guilty. One... END_OF_DOCUMENT_TOKEN_TO_BE_REPLACED

Faith has always been considered as one of the most inherently pure and pious things, across any and every religion and every school of a belief system based on the concept of God. That is probably because every single one... END_OF_DOCUMENT_TOKEN_TO_BE_REPLACED