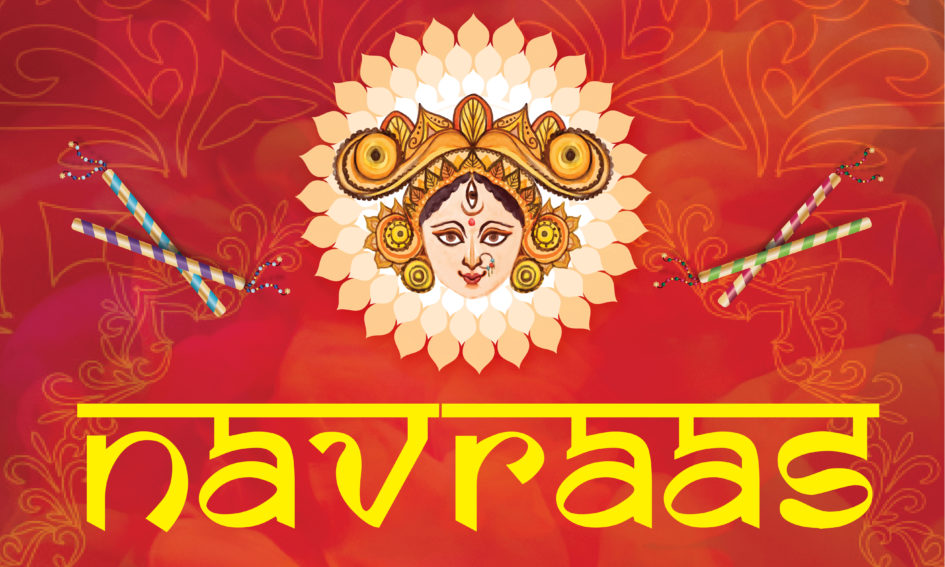 DISCLAIMER: Play ‘Woh Din Bhi Kya Din The’ from the movie ‘Chhichore’ in the background while reading to enhance visualization.

It’s general human tendency to get attached to people, places, memories and even objects in everyday life. We get attached to them because we unknowingly create memories in this monotonous life of ours. These memories occupy a significant place in our hearts.

It feels like yesterday when I walked into this college, a naive kid in a gloomy corner of a class in the first year block and now suddenly I’m here under pressure with expectations to shine.

We usually are oblivious to these little memories we create just because we’re in the moment, be it ELCS lab shenanigans, pretending to be Tony Stark during Engineering Workshop or quietly munching on Cheetos during lectures. There are always those laughs we’ve had, the quality time we’ve spent with these bunch of monkeys around us who we call our friends. 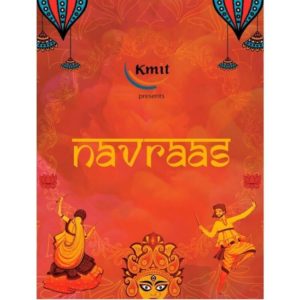 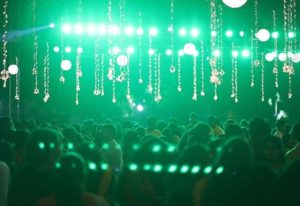 KMIT has always had events with pomp and razzle-dazzle a couple of weeks before the actual event is scheduled.

This year there was a revamp of the ‘Dandiya Night’ which was called ‘Navraas’ which means “dance dedicated to celebrating Navratri” which was scheduled for 5th October 2019.

It was this academic year’s first cultural event. We had an entrancing street play by the drama club, ‘Abhinaya’ and a soulful Jam session by the music club, ‘Aalap’ as a part of promotional activities for Navraas. We also had a color code for every day of Navratri where students coordinated which was enthusiastic indeed. The dance club ‘Mudra’ organized Dandiya and Garba workshops for Navraas as well. A humorous video titled ‘Navniyam’ was shot which mentioned the rules and whereabouts of the event. The college was bustling during the week before Navraas with the purchase of passes and revision of steps and lyrics. The bars had been raised and tireless endeavors were required to live up to the hype. The organizing team and the student council made sure they left no stone unturned.

It was finally D-day. Just an hour before the event was supposed to commence, it started pouring heavily. It took a lot of prayers and hard work to recover and keep the event going. Navraas 2019 finally commenced at 5:30 PM.

Dandiya sticks and refreshments were given to students at the entry gate. It was festive indeed with people dressed in colorful traditional attires, some flaunting their colorful kurtas and some in beautiful sarees. It began with the Aarti where we collectively prayed for each other’s well being and prosperity which was then followed by an energetic medley by Mudra.

There was an artistic handmade photo booth by the art club, ‘Aakarshan’ with a Navraas backdrop and beautifully decorated Umbrella decor. There was aureate lantern lighting and the truss light decor which was better than envisioned. There were camera flashes, selfies and group pictures in sight thereafter all thanks to ‘Traces of Lenses’, the photography club. 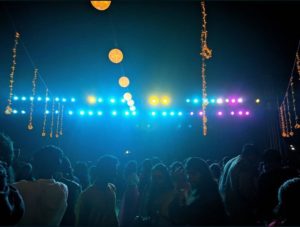 The sky turned orange and then it blushed purple. With this transition, the DJ too spruced up playing tunes of folk music transcending to classic Bollywood music and then the iconic Hyderabadi music. Everyone seemed to have a good time with their friends enjoying Garba Raas and Dandiya. We also had Vithala played with everyone performing the evergreen signature step together (can be considered a variation of the row-row-the-boat rhythm) 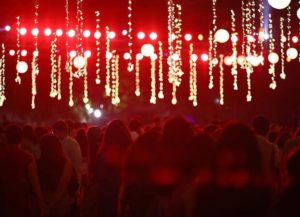 While we all hugged each other, danced our hearts out and let the inner Hyderabadi inside us unleash, a thought occurred to me and in a flash, memories started flooding in. I realized how at that very moment I was having the time of my life with those same monkeys, my very own losers. In a few years, we’d bid adieu to the college and also the engineering life.

Well, we’ve all had bad days or you could call them a series of tough/harsh days but it’s these moments with these monkeys that added light to my life and will continue to do in future.

I’d be teary-eyed reminiscing our antics during Shastri sir’s class, or us trying to crack the code as fast as possible during Neil sir’s class or us hogging on one plate of Manchurian in the canteen or the endless conversations we’ve had which are embarrassing enough for people to judge us.

These memories, the things I did, the lessons I’ll learn and have learned will play an important role in shaping me into who I am going to be. It’s going to be something that will remain close to my heart, something which I’m going to take with me for years to come.

In a nutshell, Navraas 2019 was a magical and memorable event filled with lots of fun, color, jubilance, and memories. It brought people closer and the evening was a frolic one.

A strong message-oriented story closely related to intense real-life incidents is something we’ve come to expect from Meghna Gulzar’s movies from recent years. And here she’s with yet another bold attempt ‘Chhapaak’. The Deepika Padukone – starrer released on the... END_OF_DOCUMENT_TOKEN_TO_BE_REPLACED

Welcome to the new age. Thank you for choosing to be a part of the world of social media. This a free world, and all the inhabitants have the right to assume any name, real or fake. Feel free to... END_OF_DOCUMENT_TOKEN_TO_BE_REPLACED

Life took a horrifying turn for Sushma after that fateful day. The day that changed her life. There she sat under the windowpane, dressed in rags, her hands bruised. Her eyes were swollen and tears ran down her cheeks. How... END_OF_DOCUMENT_TOKEN_TO_BE_REPLACED

The year is 2010:  The beginning of a new decade and a fresh start. While most of us were enjoying the age of innocence, we were most certainly unaware of the uprising revolutions and changes surrounding our nation and all... END_OF_DOCUMENT_TOKEN_TO_BE_REPLACED

“Where you gonna run?” the voice was harsh. I let out a painful cry as he grabbed my wrists and pinned them together in a tight grip. I could feel my heart throbbing inside my chest as my breathing became... END_OF_DOCUMENT_TOKEN_TO_BE_REPLACED