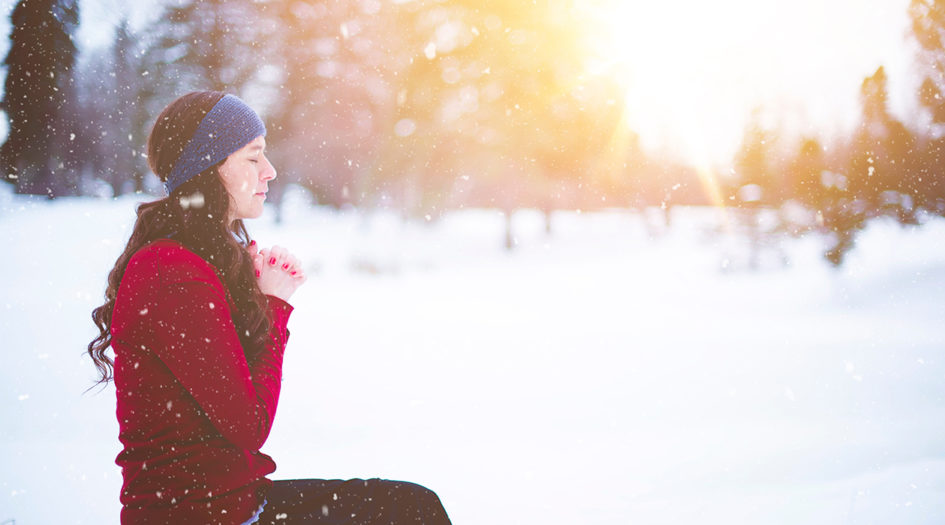 Mrs Tripathi sat on the sofa after her supper. She lived alone most of the year. Her husband had died eight years ago and her son was in the Indian army. She wasn’t aware of his exact whereabouts, but she knew he was somewhere near the northern borders. She’d watch television for hours together but nothing would divert her mind for long. Like every mother, she constantly worried about the safety of her son but also wished the best for her country. She was lost in her thoughts when a sudden chill made her shiver. She felt goosebumps on her hands as the temperature was falling.

“Ravi cannot bear chills. He catches cold easily”, she thought. Her heart was sinking. She switched on the television. “The climate tonight will drop to 2 degrees. All the citizens are advised to stay indoors”, the reporter said. She looked outside the window. The fog was so dense that nothing could be seen. She decided to go to the terrace and spend some time with her thoughts despite the dipping temperature. On the terrace, there were chairs on which their family had sat and spent time together. She sat in her regular seat and drowned herself in the memories.

“Ma, when I grow up, I’ll make time for you every day. We will talk for hours over here.”

The temperature was beyond tolerance, as forecasted. That night, she didn’t wear her sweater either.

“Oh God! Give my son the strength to serve his country with all his might”, she said facing the sky. She recited a silent prayer. Her eyes welled up for her son as she smiled for her nation. “I am proud of you”, she said. Her body shivered in pain but her eyes were full of pride and strength. She stood for hours uncovered and unprotected. Another night passed where the moon witnessed a mother’s love. There was not just one, but two souls fighting that night. The temperature couldn’t put out the fire burning in them. Love can empower the world and nobody can love you the way a mother does.

So, who’s braver? The army or their families? I believe it’s their families. They choose country over relationships. They fight a battle of emotions every day. We can only imagine their pain and strength. This Independence Day, let us salute the Indian army and their families for their valor and patriotism. Jai Hind!

For the fourth time this week, I woke up at my desk. It wasn’t very comfortable: most of the space was taken up by an assortment of empty Red Bull cans and coffee cups. Clutter never bothered me though, it’s... END_OF_DOCUMENT_TOKEN_TO_BE_REPLACED

[Trigger Warning] The following reading contains events of death. **This is entirely a work of fiction and no distress was intended for any family/person affected by a natural disaster. “Please Ma!” Arya pleaded. “I made it to my final semester.... END_OF_DOCUMENT_TOKEN_TO_BE_REPLACED

“THE SWAT TEAM BURST IN. THERE WAS CURTIS GREEN COVERED IN COCAINE AND FLANKED BY TWO CHIHUAHUAS” ~The Untold Story of Silk Road by WIRED In early 2011, law enforcement agencies were caught with their pants down when drugs began... END_OF_DOCUMENT_TOKEN_TO_BE_REPLACED

[Trigger Warning] The following article contains acts of cruelty and violence. Reader discretion is advised. I opened my laptop, exhausted from all the classes at college, (not) ready to log in to another class when I stumbled upon “Monster: The... END_OF_DOCUMENT_TOKEN_TO_BE_REPLACED