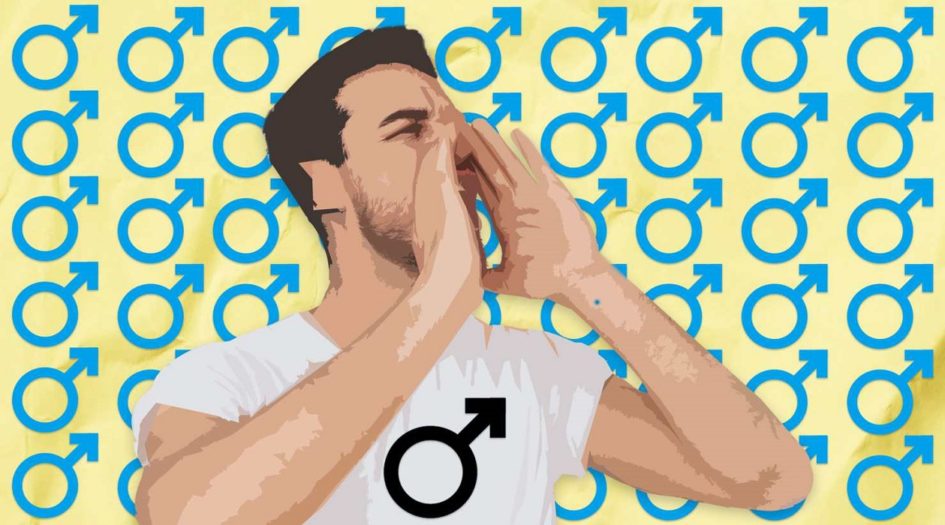 We live in a world where every human being demands the right to equality. The banners of Feminism and Women Empowerment fight injustice, subordination of the female gender and take into account every single gender-related issue that needs attention and are doing their best to make sure they  balance the scale. The fight is against, and yet all for the society. Against the concept of people not being given what they deserve. However, it is indeed disappointing when this fight loses focus to become a battle of the sexes. With women now being better equipped because of the increasing support, and also because the awareness about it all is on the rise, it is equally essential that there be a legal support system for the men as well. After all, we demand equality in every sphere, don’t we?

The Men’s Rights Movement began as an organization which fights for numerous rights dealing with domestic violence against men, opposition to circumcision and government services including education, compulsory military service, social safety nets, and health policies. Not many of us would have heard about the ‘Men’s Rights Movement’. This movement primarily aims to fight the prejudice against men in the society. I would like to amplify the situation and progress of this Movement in India. The Men’s Rights Movement in India began way back in 1988 in Delhi. It was initiated by Ram Prakash Chugh, a Supreme Court advocate. The movement was started to stop psychological abuse perpetrated by wives and false claims of dowry made by wives against their husbands.

“The Indian men’s rights movement is thriving. What began in the early 2000s as a series of local support for aggrieved husbands fighting the supposed misuse of a law that protected Indian women from dowry-related crimes has grown into a network of men’s rights groups with the basic anatomy of a political movement.”

– Suman Naishadham, in his article on Men’s Rights Movement in India.

According to Section 113b of the Indian Evidence Act, 1879, if a married woman committed suicide within seven years of marriage, it must be assumed by the court that her husband and his family are responsible for the suicide, especially if there was any evidence of prior dowry demands.  It is in fact astonishing that until July 2014, Section 498a of the Indian Penal Code allowed the Police to arrest men accused of demanding dowry without a warrant or any investigation. This crime was non-bailable and the husbands who were falsely accused of crime most often lost their jobs while in custody despite their innocence. The blind arrests of men without investigation were stopped in an order by the Supreme Court on the 2nd of July, 2014 under Section 498a. The court asked the police to follow Section 41 of the Code of Criminal Procedure, 1973, which provides a 9-point checklist which must be used to decide the need for an arrest. This is only fair as it protects those who have been falsely accused by some women who used the act as an opportunity to harass their husbands and in-laws. The amendment in the act brought relief to the men’s rights activists.

Domestic Violence is another important issue addressed by the movement. There is said to be a significant increase in the number of cases of domestic violence against men in the recent years. Most of these cases go unreported because men feel ashamed or too shy to report a complaint of domestic violence. While there are numerous platforms for women to report complaints of domestic violence, there have been arguments whether men need a separate platform as well or if has been covered in the other currently active rights. In my opinion, the Domestic Violence act should be gender neutralized because irrespective of the difference in the number of cases against men and women, no one should be deprived of rights which question their individuality and peace.

The issues of Divorce and Custody have also been analysed in the Men’s Rights Movement. In India, the custody of a child is handed to the father only if the mother is mentally unstable or has abandoned the child. Presently, the Guardians and Wards Act, 1890 and Hindu Minority and Guardianship Act, 1956 which govern cases of divorce and custody do not have any provisions for shared parenting or joint custody. The Children’s Rights Initiative for Shared Parenting (CRISP) is an organization that has demanded better laws for children as these current laws are gender biased. It has demanded amendments to the Guardians and Wards Act to make shared parenting mandatory. The idea of shared parenting needs to be transformed from an alien concept to an idea which should be understood logically and implemented. There are a lot of factors which should be taken into consideration before handing over custody of a child to either of his parents. The factors should be based on the capability, both financial and non-financial and not on something as superficial as gender.

The other issues addressed by the Men’s Rights Movement include the ‘Rape Reporting’ and ‘Sexual Harassment’ laws. As stated above, a number of cases go unreported as men succumb to ego and embarrassment when they encounter such a situation. The Sexual Harassment of Women at Workplace (Prevention, Prohibition and Redressal) Act, 2013 is not gender neutral and applies to the protection of women only. Rajesh Vakahria, a member of the Save India Family Foundation (SIFF), has pointed out that the bill was originally gender neutral until the ‘Ministry of Women and Child Development’ and some NGOs intervened and changed the way it was. These laws should be discussed more often in public so as to spread awareness and propose amendments to certain acts which should be made devoid of gender bias and prejudice. Today, the Men’s Rights Movement is thriving to fulfill its purpose of being able to provide complete legal aid to all the innocent men who have been victimized.

What’s wrong with the title? Has there been a mistake or has the writer gone crazy? Would you believe me if I tell you that nothing is wrong at all? Here’s the trick-Replace each letter of the title with its... END_OF_DOCUMENT_TOKEN_TO_BE_REPLACED

"Animation is not the art of drawings that move but the art of movements that are drawn” ~Norman Mclaren. Some things in life don’t change, like the craze we have for animation. Right from adoring our childhood shows to never... END_OF_DOCUMENT_TOKEN_TO_BE_REPLACED

"Why does Caesar get to stomp around like a giant while the rest of us try not to get smushed under his big feet? What's so great about Caesar, huh? Brutus is just as cute as Caesar. Brutus is just... END_OF_DOCUMENT_TOKEN_TO_BE_REPLACED

Picture a person going through a great deal of misery and sorrow because of some certain terrible circumstances they are in. What expression did you picture this person in? The majoritarian guess would probably be a sad and unhappy face.... END_OF_DOCUMENT_TOKEN_TO_BE_REPLACED

To most, the color purple is just like another color and holds no special significance, other than to be one's favorite color. It is a simple color resulting in a beautiful blend of red and blue colors. But in reality,... END_OF_DOCUMENT_TOKEN_TO_BE_REPLACED