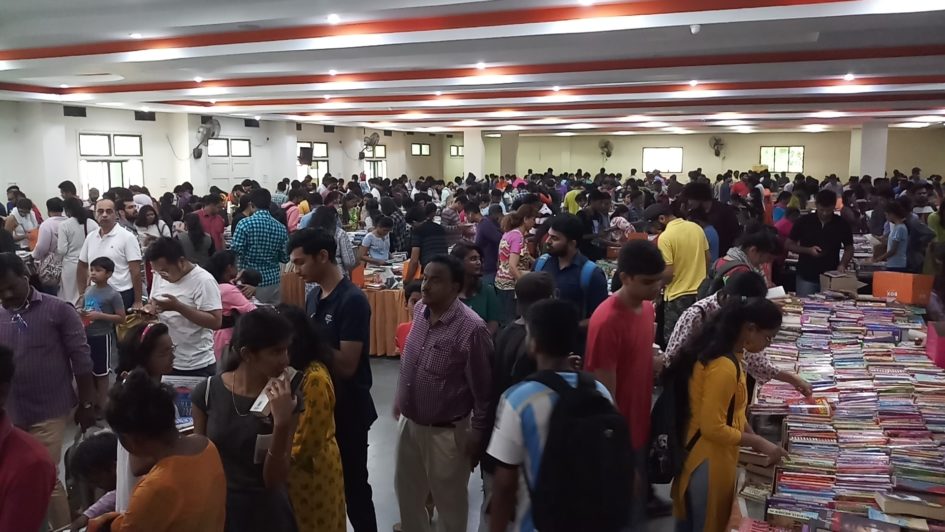 The summer vacation gives students an opportunity to revisit their hobbies and master new ones. Unquestionably, reading happens to be a common interest among many individuals. So what better way to enjoy these hot summer days than to sip on a drink whilst enjoying a good book? And that’s what book fairs are for!

After successful fairs in Pune, Delhi and Bengaluru, BookChor.com’s much anticipated, ‘Lock The Box’ sale was organized for the first time in Hyderabad from 9:00 AM to 10:00 PM on the 15th, 16th and 17th of June, 2018. The fair which had around one hundred and fifty thousand new and pre-owned books was organized at Vasavi Kalyana Mandapam. Since it was an amazing opportunity, we decided to pay a visit. 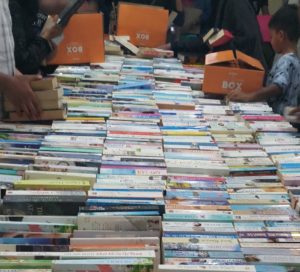 In this one of a kind book fair, the customers paid neither by the total weight nor by the total number of books. Instead, they had to purchase a box and fill it with books, such that the flap closes flat. Hence the customers were to pay by the volume of the box. There were boxes of three different sizes named fancily after Greek heroes. The smallest box, called “Odysseus”, was priced at ₹ 999 and could accommodate no more than ten books. Then there was the moderately sized “Perseus”, priced at ₹ 1,499 which was opted by a majority of the crowd. Perseus could accommodate approximately seventeen books. The largest of the lot, “Hercules” was priced at ₹ 2,499, and could easily hold up to thirty books.

The collection had a wide range of books from a Japanese (Romaji) to English dictionary, to the high fantasy ‘The Lord of the Rings’; including magazines, children’s art books, technical books, biographies and encyclopedias. A few popular titles that we were able to spot were ‘Think and Grow Rich’, The Hunger Games franchise, a couple of Dan Brown books, ‘Pride and Prejudice’ etc.

However, there were a couple of things which we thought were a little unpleasant. The books weren’t organised in any way whatsoever. They were just arranged on tables and it was up to the customers to hunt for the books they wanted. It would have been easier for people looking for a specific title if the books were sorted by genre. While a lot of mediocre books were present in excess, some classics couldn’t be found easily. 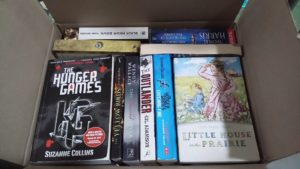 This was a good opportunity for school and college students to expand their book collection as they usually have a limited budget. The sale was quite economical as the cost of each book was priced at around ₹ 100 which is quite a reasonable deal.
We would rate the fare 7/10!

Faith has always been considered as one of the most inherently pure and pious things, across any and every religion and every school of a belief system based on the concept of God. That is probably because every single one... END_OF_DOCUMENT_TOKEN_TO_BE_REPLACED

Many of us might look back at the time we spent in school with nostalgia and fond memories. But most will also agree that it wasn't the happiest of places with long and monitored study hours, heavy bags full of... END_OF_DOCUMENT_TOKEN_TO_BE_REPLACED

Did your 8-year-old self ever wish for that awesome Pixar movie that you watched, and you watched, then you watched again, to be real? Because I did!  I had a dream. I wished I was a car so that I... END_OF_DOCUMENT_TOKEN_TO_BE_REPLACED

The scene opens in a jury room, where a decision is to be taken on the death sentence of a man accused of murder. After voting, each juror explains why they feel the accused is guilty or not guilty. One... END_OF_DOCUMENT_TOKEN_TO_BE_REPLACED