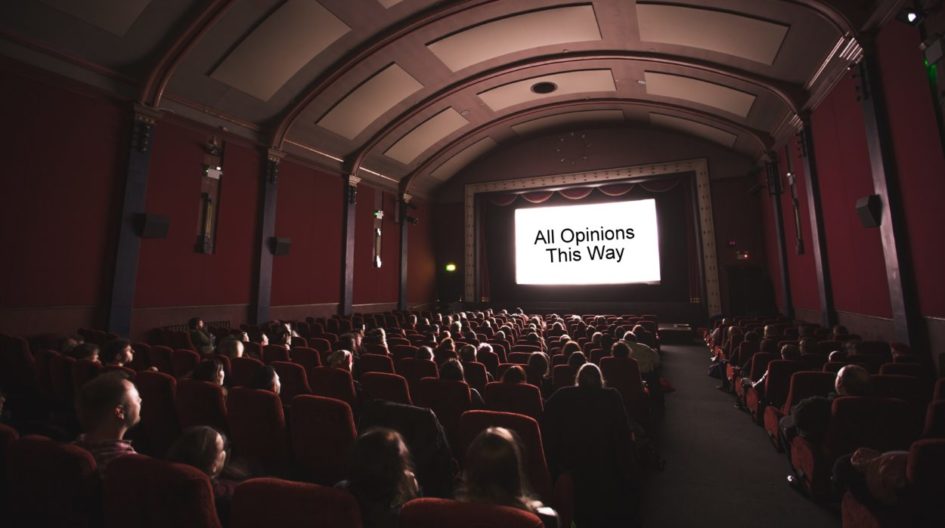 7:30 AM, coffee in my hand, I start to scroll down through Inshorts only to find out that the biopic of Narendra Modi is scheduled to release on April 12. I sigh in surprise “Wait a second”. How many more biopics and politically influenced movies are gonna hit the theatres?

We have already had movies like ‘The Accidental Prime Minister’, a biopic of Bal Thackeray, a biopic of NTR towards the south and the big fish of the market ‘URI: The surgical strike’. As if these weren’t enough, there are few more to come down the lane.

What’s happening filmmakers? How many more movies of these kinds are you gonna shove down our throats? It’s enough people, I can’t be a ‘deshbhakht’  24×7. I need some melodrama too!

As a child, I would look at movies as a source of entertainment but today when I look at cinema and how it’s focus has shifted, I see a fully loaded M-16 ready to shoot out opinions into people three centimeters deep. Headshot!

The elections are due in April, people are fired up for the Namo vs Raga battle both the parties are firing their best-equipped weapons with the help of their best warriors up in their brigade.

During this battle, the parties are trying hard to conquer one of the hottest properties. It isn’t social media though. It’s the movies. What a surprise!

These are arguably the most accessible form of art. Watching a movie occupies the five senses of the viewers more than any other form of art, particularly when we experience them at our local theatre. There have been instances in the past where the films had an adverse effect on the audience.

Take JFK: “In a 1995 study of viewers before and after seeing the film, Stanford University psychologist Lisa Butler and her colleagues found that seeing JFK ‘doubled the level of anger’ of viewers.”

As for The Day After Tomorrow, a film that was largely panned by critics, apparently 83 percent of those who watched the global warming-prompts-Ice Age blockbuster were “somewhat” or “very concerned” about global warming versus 72 per cent of non-watchers, according to Yale researcher Anthony Leiserowitz, who conducted a survey three weeks after the film debuted.

On the contrary, these films have been a huge success for the filmmakers, they have printed out some lush green dollar bills in the market, so it has been an all yes-yes situation out there. The political parties have benefited by the changing viewpoint of the people and the movie is racking in some big bucks.

When the facts are not facts, how much of actuality is there in these films? Take the movie ‘The Accidental Prime Minister’ the adaption of the book written by Sanjaya Baru. The writer himself was not happy about the movie and states that the film highlights certain elements of the book at the cost of others, for which reason he forsakes any responsibility for the film, this tells us that all facts are not facts and the truth is not transparent.

Nonetheless, movies are a great deal though, killing two birds with one big fat stone, Influencing opinions and earning the Benjamins. And by the look of it, we now apparently can’t use the killing birds phrases.

“THE SWAT TEAM BURST IN. THERE WAS CURTIS GREEN COVERED IN COCAINE AND FLANKED BY TWO CHIHUAHUAS” ~The Untold Story of Silk Road by WIRED In early 2011, law enforcement agencies were caught with their pants down when drugs began... END_OF_DOCUMENT_TOKEN_TO_BE_REPLACED

The human touch. Such a simple thing, yet one that holds immense power. Almost like a miracle. Wonder why? Read on.  We've been gifted with the five senses, namely: vision, speech, smell, hearing, and the most beautiful of all, touch.... END_OF_DOCUMENT_TOKEN_TO_BE_REPLACED

Aren't all of us artists trying to express ourselves in this world? In my opinion, art is a form of expressing an emotion. Learning how to express our subconscious emotions and communicate with them will take time but what is... END_OF_DOCUMENT_TOKEN_TO_BE_REPLACED

[Trigger Warning] The following reading contains potentially distressing information about violence, brutality and sadistic practices. The reader is advised to use their discretion to continue reading. “For the last time, you don’t have to do this. They will finish the... END_OF_DOCUMENT_TOKEN_TO_BE_REPLACED

Hope was an absurd emotion.   It was a chilly midnight when it happened for the first time. Monique was a light sleeper. After all, it didn’t take much more than a dull, heavy thud for him to jolt awake... END_OF_DOCUMENT_TOKEN_TO_BE_REPLACED