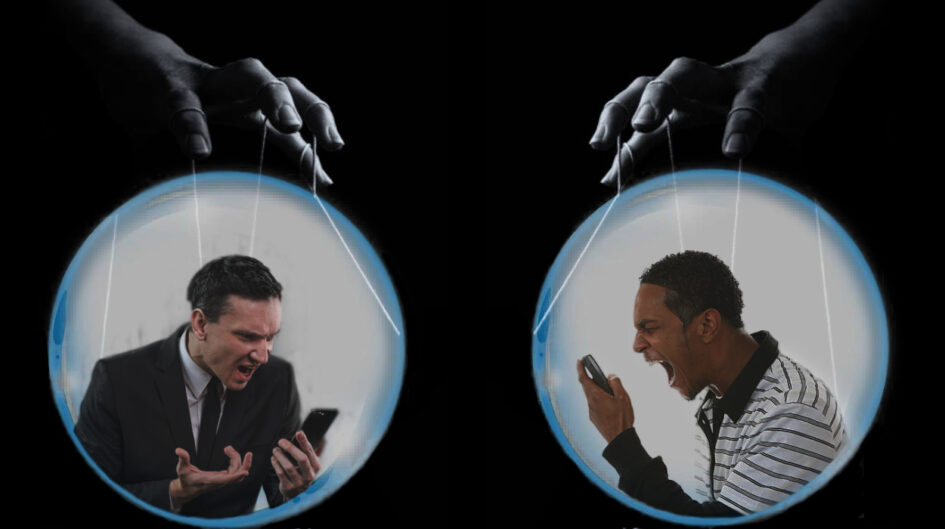 The scene opens in a jury room, where a decision is to be taken on the death sentence of a man accused of murder. After voting, each juror explains why they feel the accused is guilty or not guilty. One of the jurors brings up the point that the man comes from a group of “these people”, insinuating that the accused was ill-bred and brought up in the slums.

His prejudice against a certain group of people impairs his ability as a juror to fairly judge the accused. This made me wonder why he jumped to a conclusion so fast, simply because the accused came from a bad background?

Now that I observe, the world around us is full of biases. What we judge, believe, or conclude using our intellect is a reflection of our thoughts and beliefs. Now let us see the exact definition of a bias:

“Bias is disproportionate weight in favor of or against an idea or thing, usually in a way that is closed-minded, judicial, or unfair. ”

We all have biases, we may develop biases against an individual, group, or belief. These biases then lead us down the path of narrow-mindedness.

How we grow up, our surroundings, and the people we interact with on a daily basis, are essential factors contributing to our judgment. Society as a whole reinforces these biases.

Studies have shown that these platforms reinforce our biases by training their algorithms to display or promote material that is similar to what a user has already seen or expressed interest in.

This is done to encourage users to spend more time on the platform, which is beneficial from the company’s point of view as it boosts revenue.

Facebook’s “Trending” algorithm regularly promotes fake news. This fake news is not a problem for the platform as it increases their engagement and helps them keep users online. Engagement, reach and revenue are everything for them.

A user staying in a bubble is often more valuable to the platform, as the user indulges in self-gratification. Whatever they see appeals to their principles and views, causing them to spend more time on the platform.

Social media bubbles are usually political bubbles, where reaching out to groups or individuals with opposing viewpoints in a civil manner is often unthinkable.

As a result, we often forget that we curate our bubbles, choosing who we want to follow, and remove everything that is displeasing or disagreeable to us from our sight.

Here is where the algorithm kicks in and ensures that we never see any of those things again.

One way to realize we live in a social media bubble is that we are often very uncomfortable with other people’s opinions or viewpoints from the other side. We’re often thinking that it is us versus whatever particular group we are prejudiced against, without thinking of the problem critically.

Each user is enclosed in a bubble where one side constantly screams at the other side without actually listening to valid arguments from the other.

This encourages unproductive bickering and then the parties fail to have any sort of intellectual discussion or discourse.

Social media in general is filled with misinformation that is only being propagated to fulfill the creator’s malicious intentions. The problem here is, that anyone can create content, and is free to air their views, without any checks. These factors have led social media to become the ideal breeding ground for the spread of false information.

Misinformation pandering to users’ specific interests causes harm to the community in the long run. But what do big corporations care about?

Now certain groups have realized how powerful a tool like social media can become. This has led to full-fledged misuse of social media during elections, instances of public unrest, and other large events in society.

So anyone, with a large enough group of people, motivated to change public opinion can influence you and your biases. So it is us, who need to think, are our opinions really our own? Or have they been manufactured with a specific purpose in mind, such as serving the needs of a powerful entity?

Are we so intellectually subservient, and mentally enslaved to let our opinions and thoughts be controlled just like that? We must not believe every piece of information that comes our way, we must ponder and give thought to what we are being fed. If we hold a reasonable doubt in our minds, only then, can we make informed decisions about what we are seeing?

Achieving true neutrality may not be possible for a majority of the populace, but we must not let our biases come in the way and try to see things as they are.

We mustn’t forget, “He who controls information, controls the world.”

The scene opens in a jury room, where a decision is to be taken on the death sentence of a man accused of murder. After voting, each juror explains why they feel the accused is guilty or not guilty. One... END_OF_DOCUMENT_TOKEN_TO_BE_REPLACED

The lockdown, for most of you, was the most boring time of my life. Six months of staying at home didn't do me any good apart from the fact that it brought me and my dad closer by giving us... END_OF_DOCUMENT_TOKEN_TO_BE_REPLACED

Faith has always been considered as one of the most inherently pure and pious things, across any and every religion and every school of a belief system based on the concept of God. That is probably because every single one... END_OF_DOCUMENT_TOKEN_TO_BE_REPLACED

“Propaganda” in present-day English, refers to information or media (especially of biased or misleading nature) that is used to manipulate the audience to further an agenda. If you hear the word propaganda, it immediately alerts you to look out for... END_OF_DOCUMENT_TOKEN_TO_BE_REPLACED