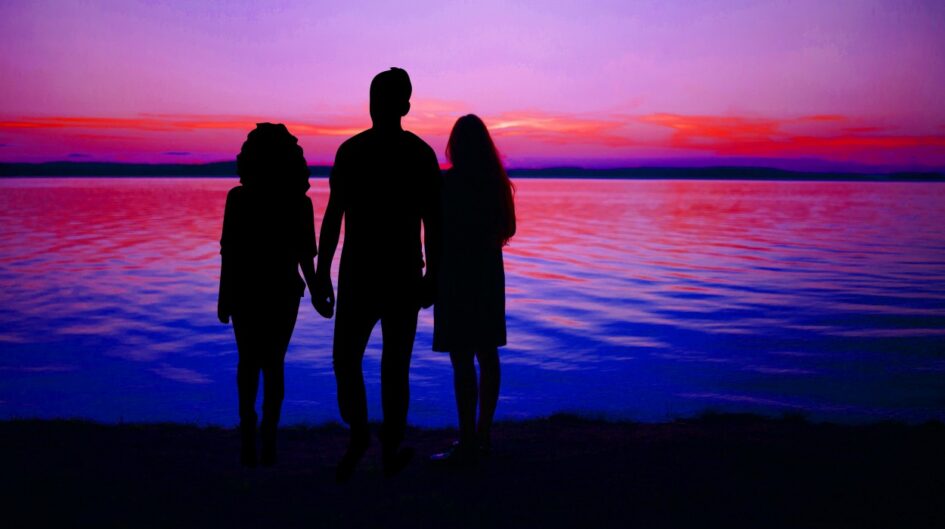 “How do you feel about this achievement? Your book is now one of the fastest-selling books!” asked one of the reporters.

“I’m happy for this book’s success more than any of my other books. Because this book is not a fiction, but the true story of Alina Jones,” said Ivy Blair, a novelist.

“What are you talking about? We certainly need more clarity!”

“It started when I heard the shocking news about my favorite Director, Alina Jones’ death. It happened right after the week she had announced the release of her new film. And also, we met just a couple of days before she had died. What could have happened in such a short period, which led her to commit suicide?”

After a few days, the producers of the last film, which Alina had directed, announced that the film will not be released. Furthermore, they didn’t even care to answer any questions her fans raised.

Not that long ago, her brother Alan had died of a health problem, and the following month, her sister died in a car crash. And now Alina committed suicide. It all felt so unreal! It was like a mystery waiting for me to unveil its dark secrets. Moreover, losing all three kids one after the other could be so traumatic. What did their parents do to deserve such fate?

I was watching the video of her last interview before this movie’s scheduled release, and one comment caught my attention. “It’s the story of a brother and his sister, who died fighting for justice. Do you want me to give a spoiler for the trailer? Go get the copyright documents before the bad guys burn them down!” saying this, she had giggled.

After I watched the interview, I went through the documents of the copyrights I had sold, for her next movie based on my book, and found a URL at the end. That led me to the unreleased film Alina last directed. Strangely, her siblings died the same way the siblings in the film did! At the end of the movie, a slide popped up, which said, “ If you are watching this, then I’m probably murdered and the movie will be stopped from release. I showed you the truth because I believe you are the only one who can bring them to justice.” And that’s when I decided to write this book on her life story. It was my only way!”

“Why didn’t you tell this to the public before?”

“What do you intend to convey to your readers and what do you expect from them?”, asked the interviewers.

Seems like none of you read my book, and it’s so disappointing to see my interviewers come unprepared! You will know the answers to all these questions, once you read the book.

I wrote this book based on the life story of these three siblings who died fighting for justice. Many of you here might know Alan, a press reporter, and Alina’s brother. One day he found out about a secret criminal organization that was running all kinds of illegal businesses such as selling drugs, human trafficking, and hiring assassins. He immediately emailed all the crucial evidence he collected regarding the organization to his younger sister and told her everything about the underworld.

A few days later, the organization’s people killed him to bury the truth. However, they made it look like it was a natural death. They killed Alina’s sister the following month, in order to destroy the evidence she was carrying. Alina didn’t have any evidence to prove that such an organization existed. However, she didn’t give up. Soon after, she filmed a movie without letting anyone know that it was about that organization. But her efforts were all ruined. The film leaked before its release. She knew that they were going to kill her and so she prepared a clear path for me to read and write her story.

I wrote this as a story because I wanted my readers to know the bitter truth that many such criminal organizations exist out there and the only way to terminate them is by raising our voices together. Their murders were perfectly planned, covered up in a way that no one would even have suspected the deaths. But they did a big mistake while staging Alina’s murder as suicide which led me to the real story. If they had known the real intention behind my book before it was published, I would’ve been murdered the same way.

I urge everyone who is watching this live, and everyone who read the book to not stay silent! We all share equal rights as human beings, and we have every right to speak up against any violence. Remember this one thing, that we are all equally responsible for every crime for which we are not raising our voices. No matter what position a person holds, we can always bring them to justice by raising more and more voices.

My goal was not only to speak for those siblings’ sacrifice, but also for all the families who were harmed by these heartless criminals. I wanted to convey the real meaning of justice which seems to have been altered in the 21st century. We cannot let any more crimes as such happen. We must fight for what is right and what we deserve.

It was Alina’s family yesterday, and who knows what is going to happen to you, your friends, or your family tomorrow? They died because they were fighting alone, but we are not alone, so we must fight against these dark forces of this society with all might!” She ended.

She received a standing ovation for her brave efforts in sharing the truth. People all over the world are trying their best to fight for what is right, and as fellow human beings, let’s help them get what they deserve by raising our voice against any kind of violence or crime.

Inspired by the movie Lost Girls, directed by Liz Garbus.

To most, the color purple is just like another color and holds no special significance, other than to be one's favorite color. It is a simple color resulting in a beautiful blend of red and blue colors. But in reality,... END_OF_DOCUMENT_TOKEN_TO_BE_REPLACED

The palette sat on the table, its many children crawling to play with each other. I dip my brush into the palette, squidge it into the deepest shade of blue until the bristles get covered in blue up to their... END_OF_DOCUMENT_TOKEN_TO_BE_REPLACED

Disclaimer: The facts mentioned in this article may vary with the actual ones. "To conquer oneself is a greater victory than to conquer thousands in a battle." – Dalai Lama The second world war reached its final stage in 1945,... END_OF_DOCUMENT_TOKEN_TO_BE_REPLACED

2nd February 2000 Dear Diary, Ugh! Waking up early every single day to attend school is so annoying. I wish we didn’t have school and exams so that I can enjoy myself at home all day long. But that can’t... END_OF_DOCUMENT_TOKEN_TO_BE_REPLACED

What’s wrong with the title? Has there been a mistake or has the writer gone crazy? Would you believe me if I tell you that nothing is wrong at all? Here’s the trick-Replace each letter of the title with its... END_OF_DOCUMENT_TOKEN_TO_BE_REPLACED