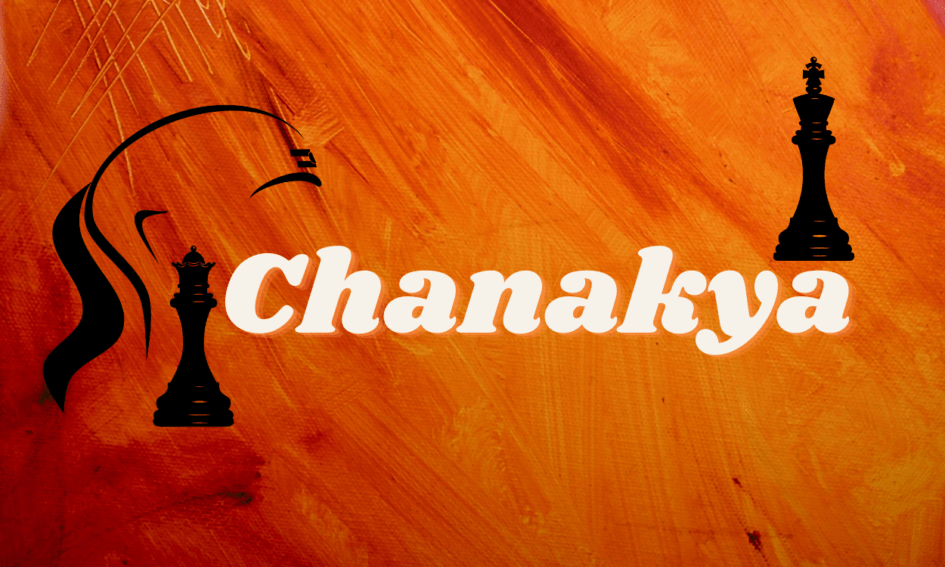 “A man is great by deeds, not by birth”

Most of you might’ve come across these quotes before. If you haven’t, these were quoted by the brilliant thinker Chanakya. These are just two of the many philosophies of Chanakya and there’s a collection of these called ‘Chanakya Neeti’ or ‘Neeti-Shastra’. Chanakya was a poet, philosopher, economist, royal adviser, and one of the greatest teachers of all time. Apart from his philosophies, he is also famous for his work in economics and money management, the ‘Arthashastra’. This is said to be a very astonishing work on these topics.

The fact that something he’s taught and followed, way back in around 300 B.C, has been relevant to the people of every era and continues to be the same with ours, tells us he was no ordinary person.

It wasn’t just the book or his philosophies, even Chanakya’s life, by itself, is a great teacher. The list of lessons to learn from his life is not limited but this article has to be. So here is one of the most discussed chapters of his life.

How to tackle your enemy:

In a game of chess, you only win the game when you capture the opponent King. But what a King can do on the battleground or chessboard is limited. He might be the most important piece but not the strongest one. It’s the Minister behind the king which could win you matches or battles. It’s never easy to capture the opponent King with his Minister around. A Minister with the help of even a weak pawn could end the game.

But what makes the Minister the strongest piece? The ability to attack in any direction. You never know which direction a minister could attack your pieces. This was the same with kingdoms back then. A wise king always listened to his minister. The better the minister, the better the King’s rule was.

Chanakya was the Prime Minister to King Chandragupta. Similar to a minister in the game of chess, no one ever could judge what his next step would be nor the deeper meaning behind every step of his. This is what helped the establishment of the Mauryan dynasty.

Before the Mauryan dynasty was established, it was King Dhanananda who ruled the enormous kingdom of Magadha. Magadha had the biggest army in the continent and it looked almost impossible for any other king to conquer the royal throne under Dhanananda’s rule. Even Alexander the Great didn’t dare to attack the strongest army known to mankind then. But it didn’t last for long. All it took to end the Nanda dynasty from its root was just one brilliant Brahmin, Chanakya.

Once in his royal court, Dhanananda insulted Chanakya before everyone because of Chanakya’s looks. Chanakya was called ugly and was judged by his dark skin-tone. Dhanananda was neither aware of the quote “Don’t judge a book by its cover” nor Chanakya’s intellect. Embarrassed, Chanakya then untied his tuft of hair and vowed that he’d not tie it back until he doesn’t destroy the Nanda dynasty.

Anyone else in his shoes would’ve either tried to kill the King or would’ve accepted the insults and moved out of the kingdom, as kindness was never seen to be a trait of this Nanda King. But being highly intelligent and learned in the Vedas, Chanakya decided to teach the King how it felt to be embarrassed before everyone.

It took him years to achieve it, but Chanakya did tie his tuft back. Chandragupta was the sword he carried to war. It took him many years to train a young Chandragupta and to gather the resources he needed for the war. It was after conquering all the surrounding kingdoms of Magadha that Chanakya planned his biggest battle against Dhanananda. Thus became the prime minister of the biggest kingdom of Magadha.

This was all possible because of the utter patience he had displayed even in the worst of times. He knew he’d not stand a chance if he didn’t have the right plan or the resources, enough to pluck Dhanananda out of his throne. It is also rumoured that after Dhanananda went into exile, Chanakya had him killed. This makes sense because Chanakya always believed in “Destroying the enemy from the roots”.

But this isn’t all. It is a less known fact that Chanakya is one of the reasons for Bharath (now called India) to stay united.

A few rumours suggest that Dhanananda’s execution wasn’t done just as an act of revenge but had a noble reason behind it. Before the Mauryan dynasty was established, India or Bharath was divided into many kingdoms and in fact, Alexander had even conquered a few on his Indian invasion. It is easy to break branches than to break a trunk of a tree.

Chanakya always had the dream of a unified country and wanted it to remain strong against every foreign invader. And for this to happen, he needed the biggest kingdom of the country then, Magadha, in his control. Thus wanted to grab control over the kingdom. But helping any other king to conquer Magadha wouldn’t solve his problem of Unified Bharath. Thus he trained the young Chandragupta and made him follow his principles. And this was his way of contributing to United Bharath.

But if you ask did Chanakya do it for united Bharath? There’s no one except Chanakya who could answer that. Keeping his secrets to himself was yet another principle he followed.

You never know from which direction the minister attacks your pieces.

On the day just before New Year’s Eve in a fairly small town happened something that none of the citizens ever imagined. A bank robbery, where the robber wanted to loot six thousand five hundred kronor, eventually turned into a... END_OF_DOCUMENT_TOKEN_TO_BE_REPLACED

[Trigger Warning] The following reading contains potentially distressing information about murders and violence. Reader discretion is advised. I have to find him. He couldn’t have gone that far, could he? Saya thought to herself as she searched for Chihaya. Of... END_OF_DOCUMENT_TOKEN_TO_BE_REPLACED

Time may rip up pages from your diary While the fading ink struggles to be seen But the phrases of kindness, scribbled or scribed Will wait for long before they cease   The waves may sweep your traces off the... END_OF_DOCUMENT_TOKEN_TO_BE_REPLACED

The internet has taught me how to potentially kill a man. Not in a How To Get Away With Murder or Gone Girl-ish way but in a what if you get assaulted while walking back home and need to majorly... END_OF_DOCUMENT_TOKEN_TO_BE_REPLACED

Imagine if you were to fall, fall apart at the seams, be another brick on the wall, and give up on your dreams. Blindly going along, you’d be gasping for air, battling what’s right and wrong, thinking life’s not fair.... END_OF_DOCUMENT_TOKEN_TO_BE_REPLACED