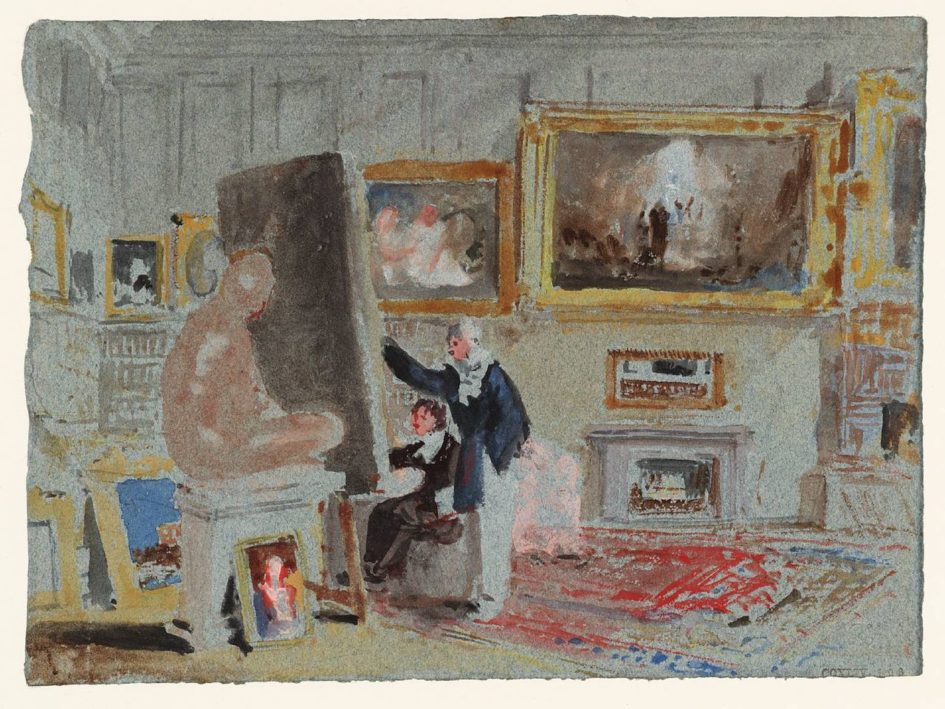 Gustav Garcia, an Italian artist and a pioneer of mixed medium art sat pensively reclining in his rustic arm chair reading an article about himself in the newspaper. The unusual glow that veneered his face was a testimony to his recent impression of himself as an invincible artist worthy of being deified. Little did he know that his seemingly indomitable idea of himself as God could be shaken by someone as innocent as his 5 year old nephew Tomas Nadir.

Gustav, now a man of 30 something had built his own galleria by himself seldom being at somebody’s mercy. A man who freed himself from the shackles of lethargy and complacence, struggled to manifest his ideas in a world where ideas were considered mere verses of a philosophical mind. The only time an idea was honoured was when its execution reaped rewards in the form of money bills. Gustav who shouldered the responsibility of looking after his mother and a pregnant widowed sister couldn’t help but give into this treason of a money minded world. With time Gustav devised his own marketing ways and sold his art to different people. His art sold like cookies from a hot oven because of its exclusivity. An artist who fed on motivation now longed for heftier pays with each of his work on sale. The greed had ultimately overcome his passion and now he was nothing but a wealthy yet lonely hubris with avarice for money. Gustav had become the kind that is remembered as a great artist but not the kind you draw inspiration from.

Gustav loved and valued only two things in his life- his assets and his sister’s son Tomas. Tomas was the only reason behind Gustav’s barely left value for relationships. At a very young age Tomas exhibited the ability to draw representations of his toys and the scenery around him. Gustav encouraged Tomas to draw more presuming that the child’s ability is limited only to a certain level. To Gustav’s surprise, Tomas started drawing better with every passing day. Tomas had now started emulating his uncle’s work on his slate with a clean white chalk.  Gustav who seemingly loved the child to no ends surprisingly found himself becoming slightly insecure looking at the child’s growing gift. Gustav was apprehensive about Tomas overwriting Gustav in the coming years as the gem of Garcia family. As preposterous as it may sound, it was true. The pride of Garcia was much stronger than his love for Tomas.

This realization resulted in Gustav immolating himself in the fury of his lethal ego and pride. He tried to discourage Tomas from drawing further and would often limit his resources. Tomas worshipped Gustav and obediently gave in to his uncle’s orders without realizing that he was giving away his God’s given gift. Tomas’ hands quivered to hold a pastel and his soul yearned to run away into the horizon and absorb the colours of the nature yet he stopped himself and continued with his mundane job. Tomas’s conflict grew when he became aware of Gustav’s fame as a great artist. He did not know as to why his uncle was so discouraging about his art when he himself was a famous artist. Finally the insurgent in him lost its mind and the fire that blazed burnt every strand of relationship between him and Gustav.

Tomas packed his luggage and left the house to stay not far off from Gustav’s galleria. Tomas resumed his painting and would sell his art by the roadside. Unlike Gustav, Tomas drew out of passion and not for the money he received from the people. Tomas would keep experimenting with various mediums and would do several odd jobs to earn money for funding his resources. He would observe people and draw real life scenarios and would try exhibiting the usually overlooked emotions and expressions of daily life. The odd day-jobs that he invested his time in, helped him observe different categories of people and their gimmicks. All this made Tomas’s work diverse and extremely relatable. Gustav’s work had become monotonous and lay in a silo whereas Tomas’s work had the charm of Gustav’s style and the theme of a disparate culture.

The growing popularity of Tomas irked Gustav and hence he decided to use his power and destroy Tomas’s career as an artist. Gustav spread a rumour in the artist community that Tomas had been copying his works and tried to get Tomas indicted for plagiarism.

Tomas confronted his uncle to which Gustav replied with “Talk not to me of blasphemy, son; I’d strike the sun if it insulted me.” Gustav had lashed out at Tomas in public without thinking of the repercussion and the strength of his accusation. Tomas did have certain hints of Gustav’s style but what he failed to realize was that a style of painting is not an object that anybody can possess. Art is more about improvising than inventing. Hence Gustav’s style of mixed media could be emulated by anybody as long as the paintings drawn were distinct. A good artist always appreciates another artist’s contribution and this unacceptable act of Gustav in no means followed this dictum.  Not only that, Gustav had publicly defamed his relationship with his nephew who had once upon a time meant the world to him.

All this culminated into a very disastrous end to Gustav’s career as an artist. His already failing monotonous works had hit a roadblock and this recent catastrophe ended Gustav Garcia’s fame as the gem of the Garcia family. Tomas never meant any harm to Gustav but his only fault was he was bequeathed a gift that could overpower his uncle’s. A gift that Gustav felt threatened with and a gift that burnt his egotism to the ground. Had Gustav attempted to embolden Tomas’ talent, today Gustav not only would have been a great artist but also an inspiration to many- a kind worthy to remember and talk about in the coming ages.

As the year 2011 rolled in the world population hit 7 billion. Leonardo DiCaprio finally won a well deserved Oscar and for the first time in history, a man married a software. Here is a list of 19 events that... END_OF_DOCUMENT_TOKEN_TO_BE_REPLACED

Welcome to the new age. Thank you for choosing to be a part of the world of social media. This a free world, and all the inhabitants have the right to assume any name, real or fake. Feel free to... END_OF_DOCUMENT_TOKEN_TO_BE_REPLACED

“If only our eyes saw souls instead of bodies, how very different our ideals of beauty would be.” ~ Anonymous   “I wish I had a body like her….” “I wish my arms were like his…..” There are so many... END_OF_DOCUMENT_TOKEN_TO_BE_REPLACED

Evolution of the Entertainment industry in this decade: Studies suggest that until the late 90s, 15% Americans had been on the Television with a negligible percent of cord-cutters, with an average television usage of 7 hours and 50 minutes, 83%... END_OF_DOCUMENT_TOKEN_TO_BE_REPLACED

The 2010s- The period of time when our lives were so different in their own ways. Some of us went to school in the first part of the decade and then to college in the second part. It was emotionally... END_OF_DOCUMENT_TOKEN_TO_BE_REPLACED