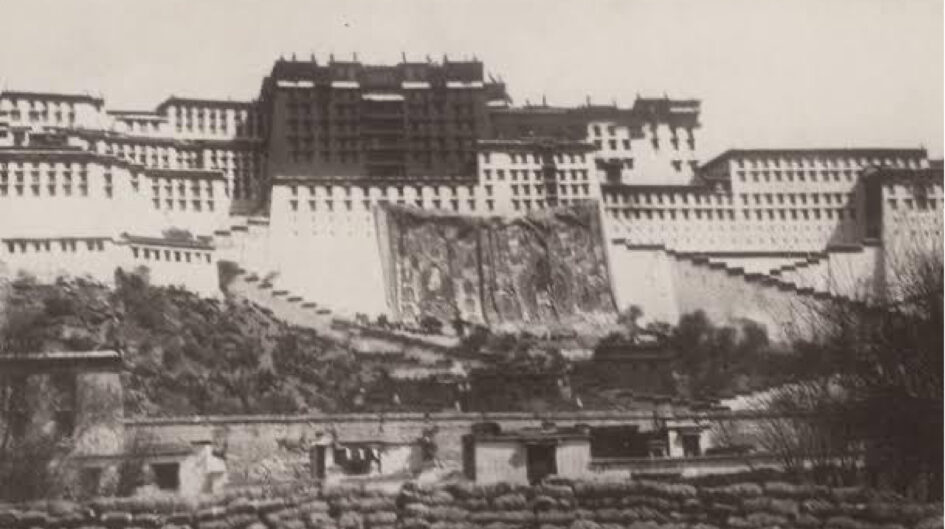 Disclaimer: The facts mentioned in this article may vary with the actual ones.

“To conquer oneself is a greater victory than to conquer thousands in a battle.” – Dalai Lama

The second world war reached its final stage in 1945, America was celebrating its end. During the war, I worked in the Office of Strategic Services(OSS) which collected and analyzed strategic information and conducted unconventional and paramilitary operations in the country and abroad. After the war, the OSS was dissolved and many of my colleagues resigned. Unlike them, I was not confident to move on from the war. So when the Central Intelligence Agency(CIA) was formed in 1947, I immediately joined. The CIA was established to collect, analyze, and evaluate foreign intelligence and perform covert operations.

While many countries were recovering from the aftermath of the war, Tibet’s had just begun. I met Gyalo Thondup in 1955 when he was the CIA’s source of information on Tibet. He was the elder brother of the Dalai Lama, a Buddhist monk who was the leader of Tibet. He was a smart man who often spoke fondly about the peaceful and beautiful country before the infiltration of Chinese. He was angry at the Chinese who killed thousands of Tibetians and destroyed their monasteries. He wished to make Tibet independent from Chinese and restore the country’s harmony.

To reach his goal, he requested the government’s help. In 1957, the CIA accepted his request and I was appointed as the chief of this operation. The US saw it as a great opportunity to prevent the spread of Communism throughout Southeast Asia. According to reports, Tibet was a secluded nation that did not actively participate in the war, therefore was not equipped to fight. They were fighting the Chinese People’s Liberation Army with only brute force as they had no modern weapons. Even if weapons were to be given they would have no experience to use them. They needed formal training to use the weaponry.

In 1957, six Tibetians landed in America and were taken to camp Hale, which mimicked Himalayas’ climate for training. Over the next five months, the Tibetans trained in modern weapons and guerrilla tactics. They were also taught various communication methods to transmit messages. Their main goal seemed to kill the Chinese who had harmed their peaceful country.

Upon return, the trained Tibetians set up their headquarters in Triguthang in southern Tibet and began recruiting soldiers. In July, the CIA made its first arms drop into Tibet. The resistance began to pay off when it caught the Chinese off guards who were running low on supplies due to a lack of transport routes to Tibet. They were also actively trying to reclaim their villages occupied by the Chinese.

Meanwhile, in the Holy city of Lhasa, assassination attempts on the Dalai Lama were becoming apparent. The only way for him to survive was for him to flee. We then contacted the Indian government to request asylum for the Dalai Lama which they generously agreed. On 27th March 1959, the rebels smuggled the Dalai Lama, his family, and the Cabinet of Lhasa disguised as Chinese soldiers from Lhasa. They had to travel around 80km in the Himalayas on foot. We did not have any way of contacting them, they could get caught or freeze to death in the Himalayas but they had to take that risk. After complete radio silence for 15 days, we received a joyful message that they reached the Indian border safely.

A week later I set out with Gyalo Thondup to India to meet his family. He had a joyful reunion with his family after 9 years of exile. They were temporarily living in Assam until the government could figure out their housing. They thanked the US government for helping Tibet and requested me to reside with them for a few days. The days passed by peacefully with prayers in the morning for Tibet’s safety and talking in the evening. Talking to the Dalai Lama felt like we were had known each other for years. The talks I had with the Dalai Lama were so captivating his tender age of 23. He had a certain aura around him that calmed people. A week later I bid them goodbye with their friendship and a promise of an independent Tibet.

In the coming years around 250 Tibetian rebels were trained in camp Hale but the support for the campaign was decreasing as the Presidents changed. The government completely shut down the campaign in 1972 despite my resistance when President Nixon wanted to form closer relations with China. Soon after Tibet surrendered and became an autonomous region of China.

Since the exile of the Dalai Lama in 1959, around 1,50,000 Tibetans have migrated to India, Bhutan, or Nepal. I would often visit India even after retirement and maintained a good friendship with the Dalai Lama. He still resides in Dharamshala in Himachal Pradesh exiled from his country but inspiring people with his teachings and wishing to return to his motherland.

This article was inspired by the movie -Seven Years in Tibet

Every time my dad and I go on a long drive, we always tend to have serious discussions that range from my career choices to a wrong selection in the Indian cricket team for an important match. On one particular... END_OF_DOCUMENT_TOKEN_TO_BE_REPLACED

While great space giants like Elon Musk and Richard Branson are sweating blood to launch rockets for greater causes, this rural kid from India has managed to secretly launch himself to space with no authorization. There’s no way you know... END_OF_DOCUMENT_TOKEN_TO_BE_REPLACED

Did you know that only one in three Indians would object to their privacy being breached? This is according to a 2014 survey conducted by Pew Research Centre. It is apparent that a lot of Indians wouldn’t mind trading their... END_OF_DOCUMENT_TOKEN_TO_BE_REPLACED

Basketball is special. The lack of protective gear and condensed size of the playing court allows fans to have the most intimate experience of a team sport that exists. Thanks to the distinct play styles, basketball allows players to develop... END_OF_DOCUMENT_TOKEN_TO_BE_REPLACED

Football is the most famous sport on earth with an estimated 3.5 billion followers. Many people who may not be regular connoisseurs of the sport still watch the major International trophies like the FIFA World Cup, the UEFA Euros, the... END_OF_DOCUMENT_TOKEN_TO_BE_REPLACED