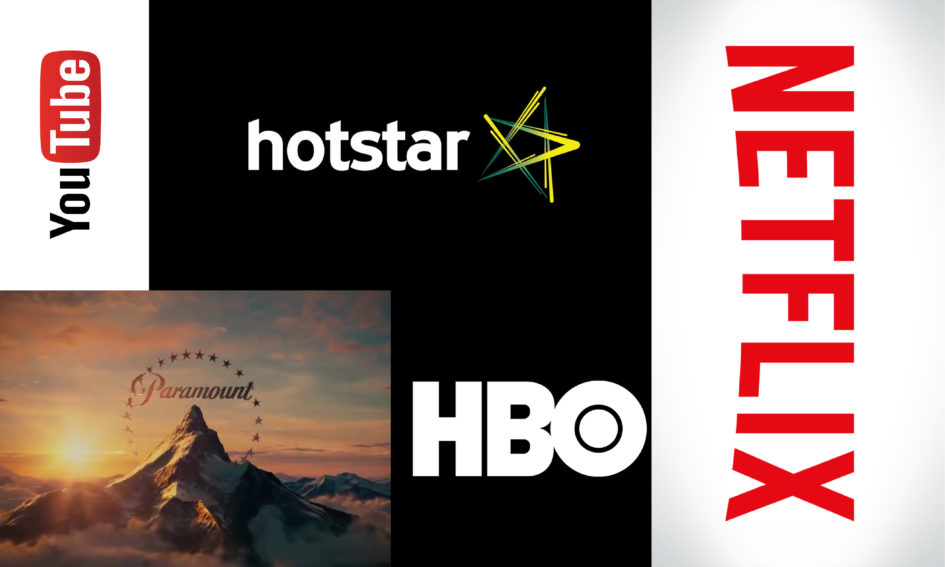 Evolution of the Entertainment industry in this decade:

Studies suggest that until the late 90s, 15% Americans had been on the Television with a negligible percent of cord-cutters, with an average television usage of 7 hours and 50 minutes, 83% Americans spending on tapes in the year 2000, and widespread demand of DVDs and VCDs in the early 2000s. All of these stats simply signify how much entertainment has meant to people for a very long time.

Sports, cinema, news, movies, print, and television individually form multi-billion dollar markets. The purpose of this entertainment industry gave a lot of people direction, perspective, livelihood, a source of recreation and rejuvenation and a platform through which people could exchange and express their opinions.

With stories to hear from baby boomers and how they watched movies, one can only visualize the entire community gathering in their comuna with them watching a black and white or probably a color movie of a very poor quality while they’re fascinated about how technology could do the impossible, we’ve come to such an age where one can feel everything around them to be lifelike using Virtual Reality or 4D technology.

The 1990s had seen a noticeable growth because that decade saw massive development of cinema as the popularity of independent low-budget movies rose where the masses made movie-stars their demigods. People connected with cinema so much that there was an unimaginable frenzy for actors, their fashion, the things they did, the imitation of roles; even the way an actor held a cigar. There was an advancement in CGI technology in movies like Terminator 2, Forrest Gump, Jurassic Park, etc. The movie industry had a breakthrough when Toy Story by Pixar and Disney was released in 1995 which was the first fully computer-animated movie followed by The Little Mermaid, The Lion King and Tarzan and then the Titanic (1997) earning $ 1.8 Billion at the box-office. Meanwhile, India’s movie industry was on an all-time high with films like Dilwale Dulhaniya le Jayengey getting a massive public response and Kuch Kuch hota hai becoming one of the top ten movies in the United Kingdom.

The entertainment industry immediately changed in the following decade owing to the advent of modern technology, demand for quality content and the availability of opportunities. Even though the industry in India had a massive growth there very numerous setbacks like,

The involvement of the underworld in the showbiz where a lot of mafias and gangsters produced movies while laying conditions on the cast and the story and also spread terror and fear amongst the fraternity.

Nepotism, even though it still exists today was on an all-time high as only the big names in the industry had connections who’d invest in their children since stardom is all that required for a movie to go big at the box office.

Casting couch was a dark part of the entertainment industry where new entrants would be given a choice/deluded to find shortcuts and opportunities to enter the industry in exchange for sexual favours with established directors and producers.

These setbacks were overcome by the industry in the following decade.

The huge television boxes had been replaced with LCDs and LEDs and telephones will mobile phones. Similarly, the movie industry kept getting bigger and bigger with talent, genres and content flooding in.

An unbiased review system and constructive criticism changed the entertainment industry since people developed a rational approach and appreciated premium and quality content irrespective of the star cast.

Because of the same reasons talents in movie making emerged and made a name for themselves in the industry. The industry was heavily impacted when Google introduced a video-streaming platform called YouTube in the year 2005. This was a free video streaming platform where people could upload and watch videos. YouTube had found a global audience because of which many freelancers, fresh talents and people from all walks of life found a common platform to shine out. This led to strong competition in the industry since people would turn into stars overnight through this platform. This digital revolution didn’t find a winter since broadband, connectivity and 4g technology along with the smartphone revolution aided the industry with the availability of resources. Nepotism failed to work since the industry had shifted towards a consumer-centric end and the masses didn’t acknowledge bland stories or poor acting at any cost. 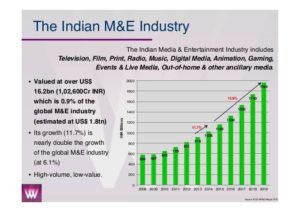 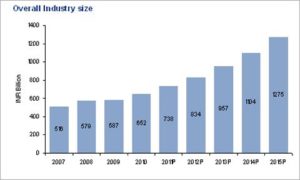 The genres of stand-up comedy, thrillers, sitcoms were a widespread interest for a lot of people. This helped people move on from monotonous love plots to interesting stories.

The viewership wasn’t limited to television. Hence with the age of the internet, people could access the content at any time and at any place.

These events led to the availability of opportunities and now establishing oneself as a celebrity was not just a thing for the rich and clearly not hierarchial. The #MeToo movement in the year 2019 was a benchmark since celebrities spoke about and against the establishment of the industry who had sexually harassed and assaulted them. Movies with plots based on progressive thinking helped people widen their perimeter of mentality where the nation accepted the LGBTQIA community with open arms.

There were several other entertainment platforms like NetFlix and Amazon Prime Video which delivered content to the people. Platforms like HotStar and ESPN made sports streaming available from all across the globe. Zero-budget content creation was a common scene. Media agencies helped people voice their opinions. 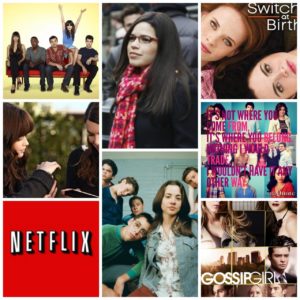 From a very young age, we are socialized to behave according to our sex. Boys are taught to be “masculine” and girls are taught to be “feminine”. But are there any biological differences between a man and a woman which... END_OF_DOCUMENT_TOKEN_TO_BE_REPLACED

Growing up watching Sci-fi movies, I always imagined myself living in a fully automated world with all these cool tech devices- flying sneakers, teleportation units, and whatnot. Something as dreamy as the “first cognitive city” proposed to be built in... END_OF_DOCUMENT_TOKEN_TO_BE_REPLACED

Well, well, well. Something interesting has finally caught your attention in this painfully boring and monotonous life. You dash to the most convenient online marketplace to find the materialistic item that fuels your dopamine rush. These platforms help connect buyers... END_OF_DOCUMENT_TOKEN_TO_BE_REPLACED

[Trigger Warning] The following reading contains potentially distressing information about violence, brutality and sadistic practices. The reader is advised to use their discretion to continue reading. “For the last time, you don’t have to do this. They will finish the... END_OF_DOCUMENT_TOKEN_TO_BE_REPLACED

[Trigger Warning] The following reading contains events of death. **This is entirely a work of fiction and no distress was intended for any family/person affected by a natural disaster. “Please Ma!” Arya pleaded. “I made it to my final semester.... END_OF_DOCUMENT_TOKEN_TO_BE_REPLACED