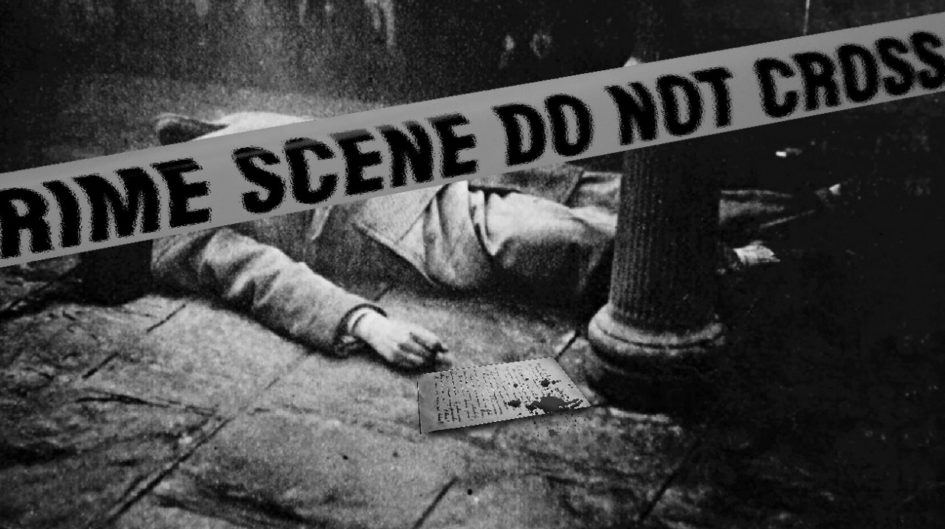 “Breaking news! A family of three was found dead near the bridge last night. Currently, the police have refused to disclose any details. They seem to have found some clues which have not been shared with the media yet. What do you think viewers? Is this just a personal issue or do we have a new serial killer in the city? Take the poll on your screens. Send ‘Yes’ if you think… ”

“They’ll make us the criminals if we don’t find the actual one soon enough”, said Officer Carl, switching the television off.
“Let’s not give them the chance mate. So, what do we have here?” said Officer Steve to Officer Carl inspecting the photographs of the crime scene. “A couple and their daughter living closer by to the bridge were murdered brutally. Husband aged forty-six, wife and daughter, forty-three and eighteen. All of them stabbed in the chest and throats sliced. No signs of robbery. The postmortem report will soon be here.”

“Investigate in every way possible. Their personal life, friends, relatives, any issues regarding property….” Officer Steve’s phone rang interrupting the conversation. It was a call from forensics. “Sir, this doesn’t look like a normal murder. Stabs in the chest were deep enough to intrude the lungs and the windpipes were damaged by the slice on the throat. Also, we found a letter in the man’s pocket. It has ‘Thank the nature for this life’ written on it.”

“Carl, I think we have a small lead. Try to find what the note means and gather the CCTV footage available near the bridge.”

For the next few days, the officers tried to investigate in every possible direction only to end up finding nothing. It took the police a few days to realize that it wasn’t just the murder of one family but the beginning of a series of murders. Seven more murders were reported in the same week from different parts of the city.

Every murder was executed in the same pattern with a letter always being left behind. The only difference was the handwriting and murder weapons. The police realized it wasn’t one but a group of serial killers.

“What’s happening in this city?” The Commissioner furiously asked Officer Steve. “Ten murders in the city. Do you realize that our jobs and respect are at stake? You better make some progress otherwise the entire city will have to be locked down”, the phone hung up before Steve could say a word.

Multiple people were suspected based on the security camera’s footage and brought to the station for an inquiry and a handwriting match.

The police knew this was a task with a mere probability of success. After the inquiry, everyone was asked to write the lines found on the papers at the crime scenes. They were warned to not leave the city without prior information.

“Sir, I think we found him. One of the suspects was found meeting three of the victims just before the murders and his handwriting matched with the one on the papers found at those crime scenes.”

“This is our strongest lead. A good chance to track the whole gang”, said Steve ordering Carl and five other officers to bring him down to the station.

Finally, a sensation of relief was visible on the faces of the officers. “Do you think we should call the commissioner?” asked an officer. Before Officer Steve could speak, two phones in the station started ringing with piercing sound.

It was Officer Carl on the call. “Sir.. sir..”, he kept mumbling in fear.  Steve realized it wasn’t good news.

Another officer, who received the other phone call, shouted from the other end of the station, ”Sir, three more murders reported”.

Carl, on the call, cried in anguish. “Sir, he’s dead. His entire family’s dead in here.”

The whole investigation went back to square one. Officer Carl found four bodies of the suspect and his family in the house. The house looked like a graveyard with all the plants in there.

The whole station went silent at once. Steve ordered a few officers to file the report of the new murders.

“Sir, new murders reported. I think we should go for a lockdown”, Officer Steve said to the Commissioner.

It was a massacre. The criminals spread all across the state and the count of murders kept incrementing.

The lockdown looked like the only solution. For more than two months the whole state was under lockdown. Yet, the crimes didn’t stop. New murders were reported every hour across the whole state. More than a hundred suspects and multiple of them looked like the guilty ones. But within fifteen days of their murders, each one of them was found dead too.

The criminals were killing themselves before they could be captured.

“Thousand plus murders just within two months and not a single criminal is captured. Are the murderers intelligent or is it yet another failure of our police and the Government? Take the poll on your screen….”

“This will remain as a black spot in our careers.”

”Will things ever go back to normal?”

A few policemen spoke to each other as one of them unplugged the television.

A phone rang as the policemen kept talking. One of them answered expecting it to be another murder. “How many dead?” asked a despair policeman.

“Help! Help! My daughter has stabbed my son and is trying to attack us. We’ve locked her in the room. Send help please”, somebody screamed from the other end surprising the policeman.

This was the first time the attacker was alive. The policemen rushed to the site and the boy was sent for medical help along with the family. They broke into the room and captured her while she was trying to stab herself.

She was put behind the bars and multiple attempts were made to investigate her but all in vain. All she did was scream at the officers and try killing herself again and again. She didn’t look anything close to normal.

Around fourteen days later, abnormal behavior was seen in the girl. She looked at the sky through the window and wept heavily with both her hands folded. It looked as if she was apologizing to someone. The girl looked better than ever. This was the opportunity the police were looking for.

“Mother Nature assigned me this task. She said humans are destroying this paradise, our Earth, and needed the help of brave people like me. She ordered me to kill as many people as possible within these fifteen days and then myself too. If anyone tries to find me, I must immediately die”, revealed the girl.

“What about the pattern? Stabbing in the chest, slicing the neck and the letters with those messages?” asked Steve.

“Enough oxygen for the bad souls. Let’s give it back to Nature. Their bodies are a gift to nature with that greeting card”, she said.

The police then realized that every suspect of the murder was a nature lover too. Their houses had plants, wooden houses for birds, or something similar. They missed this clue. The investigation took a new turn.

It took more than two weeks to find the node which had all of these people connected. The girl and others like her were all a part of an organization. A twenty-year-old highly renowned group of ecological activists.

The police quickly moved to the organization’s head office. As they tried to sneak inside, a loud voice said, “Took you long enough officers. Didn’t it?”

It was the head of the organization standing right in front of them. It looked as if he was waiting for them.

“For the love of Nature, I’d like to confess.”

He raised his hands kneeling before them. “Now begin”, shouted Steve pointing his gun towards the doctor. “Officers! Do you know the number of species that went extinct till date? No, you wouldn’t. Because none of you care. Not a single person out there does. I’ve been trying to educate people about the adversities of the activities we humans do. Not a single person cared. And those who had the brain to understand it, you’ve termed them as criminals.” Silence covered the room as the doctor continued.

“From fish to hen, we’ve been killing millions of them every day.  But then, our organization asked people to reduce consumption. As expected, no one cared. They called us fools for actually thinking about a good cause. Every one of us is a serial killer.”

“It was two months ago when the news of human killings of hundreds of bats went viral.  I decided then to take up this mission. I followed whatever my father did eighteen years ago. Just that his mission SARS, couldn’t kill as many as I wished to. I trained these intelligent kids and made them the weapons of Nature. They now lead the others in this direction. No toxic humans and a much better world.”

He shouted, with evil laughter, “My mission is a success. CORONA is a success. And this will continue. Let the world know that Dr. Sam and Dr. Corron Ronald have given back the planet to them who’s worthy of it. I’m writing a better future with the blood of toxic humans.”

“Thank you, Mother Nature“, said the doctor after which he pulled out a knife from his apron and slit his own throat.

Hope was an absurd emotion.   It was a chilly midnight when it happened for the first time. Monique was a light sleeper. After all, it didn’t take much more than a dull, heavy thud for him to jolt awake... END_OF_DOCUMENT_TOKEN_TO_BE_REPLACED

Each person does see the world in a different way. There is not a single, unifying, objective truth. We're all limited by our perspective. - Siri Hustvedt Perspective. It is a beautiful thing in a way that, all of us... END_OF_DOCUMENT_TOKEN_TO_BE_REPLACED

Well, well, well. Something interesting has finally caught your attention in this painfully boring and monotonous life. You dash to the most convenient online marketplace to find the materialistic item that fuels your dopamine rush. These platforms help connect buyers... END_OF_DOCUMENT_TOKEN_TO_BE_REPLACED

“What is it about being blind that it makes you want to walk the dog the whole time?” “When it comes to environment, it's not us but our children and our children's children that will pay for our mistakes, which... END_OF_DOCUMENT_TOKEN_TO_BE_REPLACED

The human touch. Such a simple thing, yet one that holds immense power. Almost like a miracle. Wonder why? Read on.  We've been gifted with the five senses, namely: vision, speech, smell, hearing, and the most beautiful of all, touch.... END_OF_DOCUMENT_TOKEN_TO_BE_REPLACED