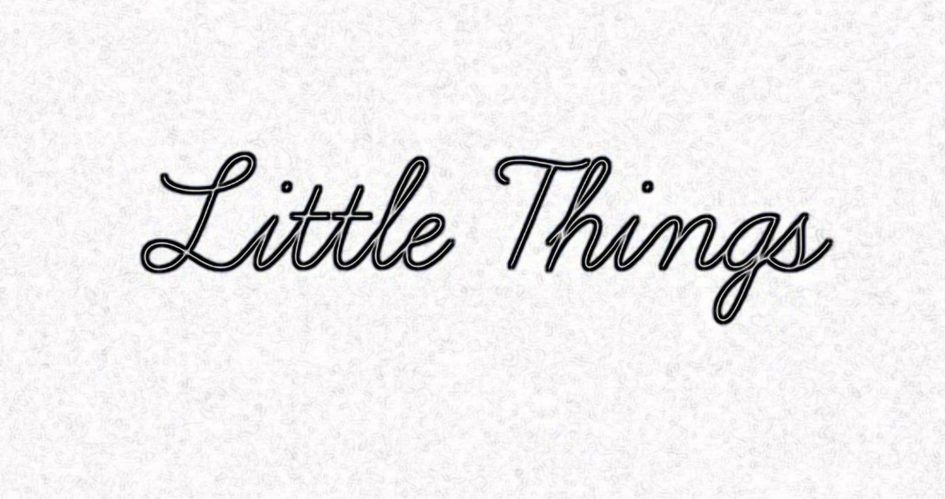 She was gradually losing it. She knew it herself. Tears were sudden in their approach and offered neither warning nor consolation. There had been nights where she would cry herself to sleep, waking up in the mornings, only to cry a little more. The cuts on her arms would fade into scars, but the bruises inside would probably never heal.

Ashley knew. She could see in her eyes the knowing gaze, the understanding, sympathetic one. Ashley was ready to help. She had been kind to her. But she never responded. She knew she was beyond help.

“Hah!” they cried. They always did. “Come here, fatso! Did you hear there were mini tremors in Japan? Was that you jumping?” And everyone cackled. In the beginning, she had retaliated, but now, it was of no use. It shattered her inside, but there was nothing to do about it.

Her ever busy father had little time for her. It wasn’t that he didn’t care, he didn’t have a choice. After his wife had died a year ago, all he could do was to increase his work to keep up with her share of the work and income. But what he had forgotten, was that he had a little one at home who he had shared with his wife. And she was fading away, into the emptiness, just like her mother did.

She would write though. It was her only outlet, though it rarely helped. She would write until she began crying again, and then she would tear up the pages.

The end was approaching. She was positive about that. There was no point in living. There was no need to as well. Her father had her step mother. He would be happy. She had to go. She came home and wrote again, about wanting to sleep forever. How peaceful it would be, to sleep like a baby, forget everything and meet her mother. She smiled a mirthless smile to herself.

It had been like that for three months now. No one cared about her. No one loved her anymore. She was a waste of time and space. She knew it. She had to go. She wrote it all down.

She could hear footsteps approaching. She wiped her eyes, stuffed the paper hurriedly into a drawer beside, and looked up. It was her father who had come to take a photocopy of a document. “Hey kiddo,” he smiled. “How is everything? Doing well?” “Yeah, dad. I guess”, she replied slowly. She looked across at him. His hair was turning grey, and his pleasant countenance was softened by wrinkles and lines. Though he was right there, she missed him so much. So much. She wished her mum was alive. It brought a lump to her throat. And when her father went out, she sobbed quietly to herself.

The next day was normal again. Normal for her, at least. The same old trauma. She came home to find her room neat and tidy. “I tidied your room for you dear”, said her step mother, Carla. “Hmm”, she managed. “I’m sorry I came into your room without your permission”, she said. “Yeah, that’s ok”, Jo replied, without even looking at her. Carla looked at her, a long, appraising glance. She sighed and left the room.

And Carla came again, in the night. Jo was lying on the bed, lifeless, listening to music, waiting for the wave of grief to drown her again. The music might not have been playing at all. “Jo? Can I come in?” she asked at the doorway. “Yeah”, she replied, a little confused. Why did her step mom want to come into her room? She probably needs the computer, she thought to herself. Carla came in. Instead of going there, she sat cautiously on the edge of the bed bed. Jo was surprised. Was anything wrong with dad?

“I wanted to talk to you,” Carla said. She took a deep breath and began. “Honey, I know I can never replace your mother, but I do care and love you. If you have any problems, please tell me. I am ready to listen and help you.” Jo was stunned. “No, nothing,” she stammered. Jo was touched, but no amount of help would help her heal, she thought to herself. Carla, patted her arm and left the room.

Carla was persistent. She would come everyday in the night to talk to her. She would ask Jo’s problems and would tell her to share them. She would take Jo out to the movies, she would make her favourite dishes, she would insist upon watching Jo’s favourite T.V programme together. She helped Jo with her studies as well.

Though Jo was reluctant initially, she began responding slowly. Sometimes, Carla would sleep beside Jo, stroking her hair gently as she drifted off to sleep. Sometimes, she would talk softly, telling her funny anecdotes and stories. But most of the times, she would just listen. There were nights, when Jo would cry and cry and pour her heart out. Her step mother only hugged her back in reply. She was troubled, but she also knew that sometimes, one doesn’t have to do anything. One just has to be there. And she did that. She was always there for her. Always gentle and slow in her approach, she handled the lifeless girl beyond her years. Sometimes, she would just sit beside her, even if they didn’t talk. She would just hold her hand, squeezing it gently.

“Will”, she murmured, plonking herself before her husband. “We need to talk.” He looked up from his laptop, over the rim of his spectacles. “Go ahead”, he said. “It’s about Jo”, she said. “She’s going through a lot right now. She needs you, Will. She loves you so much. You need to spend more time with her. Take her out somewhere for the weekend. You don’t know how happy she’ll be”, she said earnestly. “I will, Carla. Sure I will.”, he replied holding her hand. “Thanks for everything.”, he kissed her forehead.

Carla became everything Jo needed. A much needed friend, a parent, a sister, and her support. She became Jo’s halo, radiating love and kindness, all that she had lacked and had badly wanted.

And Jo did recover. It took her a lot of time but she did. Her usually bloodshot eyes now glowed with happiness. Her sallow skin got back its healthy colour. Gone were the nights when she slept crying. She regained her appetite and became her usual self again, with renewed hope. The once dead house now rang with the girl’s laughter, bless Carla’s heart.

“Mom! Do we have bandages? I’ve cut my finger a little” cried Jo. She was chopping carrots. “Oh what have you done honey? You’ll find them in my bed side drawer”, Carla replied.

Rummaging inside the drawer, Jo found a bandage for herself. As she was about to close the drawer, she saw something in her own hand writing sticking out of Carla’s diary. She pulled it out. It was a piece of paper, vaguely familiar. As she began reading the paper, she started trembling and unconsciously, her eyes filled with tears. It was a thing from the past, almost another life. It was her own suicide note that she had written, willing to give up herself, so that she go away.

How could she even have dreamt of such a thing? What would have become of her dad? And Carla? And her goals in life? When she realised how close to death she had been, and on top it at her own hands, she could take it no longer. Her head sunk on to her chest, her hands wound in her hair.

As she sat there crying to herself, a pair of warm hands wound themselves around her neck from behind, and she felt Carla press a kiss to her hair. “I knew all along”, she whispered softly into Jo’s ear.”You remember the day I cleaned your room? That was the day I found out. I love you so much, Jo.” Jo hugged her back, pushing herself into her sunshine.

There are so many people like Jo out there. To all such people, help is always around the corner. One only has to acknowledge it.

Little things make the biggest differences. Sometimes, all one needs is a little care and affection. Eyes that can see one’s pain, ears that can listen to one’s suffering, hands that can wipe away tears, arms that can melt away the sorrow, that’s all one needs. Be that somebody. Help a life. More than a life, help a soul.

2nd February 2000 Dear Diary, Ugh! Waking up early every single day to attend school is so annoying. I wish we didn’t have school and exams so that I can enjoy myself at home all day long. But that can’t... END_OF_DOCUMENT_TOKEN_TO_BE_REPLACED

Artists across the globe have not been credited enough for their work. These artists keep us entertained in our difficult times besides facing immense competition, worries of a short-lived career, declining engagement, and providing quality and original content to us... END_OF_DOCUMENT_TOKEN_TO_BE_REPLACED

"Why does Caesar get to stomp around like a giant while the rest of us try not to get smushed under his big feet? What's so great about Caesar, huh? Brutus is just as cute as Caesar. Brutus is just... END_OF_DOCUMENT_TOKEN_TO_BE_REPLACED

Shashi is an amiable, poised, beautiful middle-aged Indian homemaker, and a mother of two, to whom family is both the beginning and period of her world. She may not be very professional but works overtime to fulfill her passion for... END_OF_DOCUMENT_TOKEN_TO_BE_REPLACED