Winter is here, for the last time! 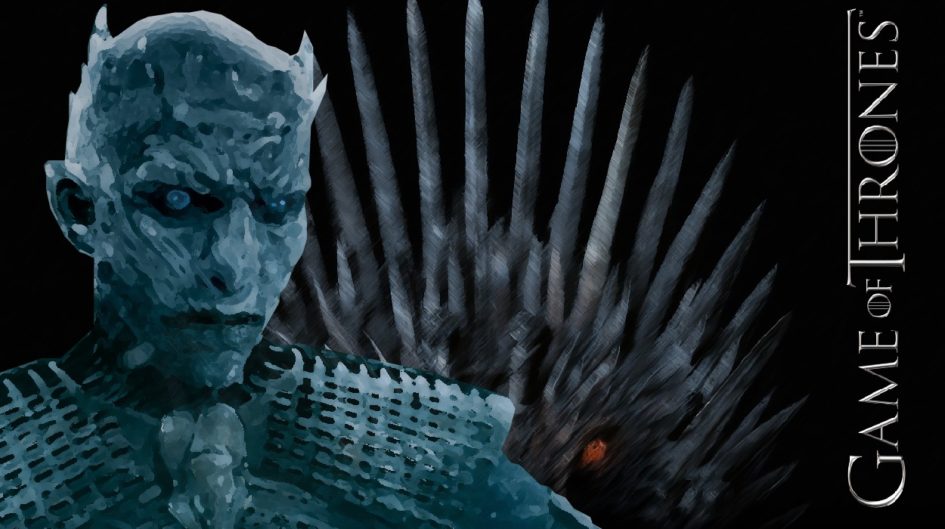 “When you play the game of thrones, you win or you die. There is no middle ground.”~Cersei Lannister

Season 8 is right around the corner.  That’s right, people! The wait is finally over. HBO has made us wait longer than we could possibly imagine. Game of Thrones will return with its eighth and final season on April 14, 2019. The last episode of season 7 aired in summer 2017, which was a long time ago. So in case you don’t remember, it’s time to brush up on what went down in the previous season.

The Night King resurrected the fallen dragon, Veserion and made it shatter the massive Wall. He leads an army of White Walkers into Westeros.

Against Jamie’s advice, Cersei opted to betray Jon and Daenerys and left the northern armies to fight against the dead by themselves.

Daenerys is short by a dragon, Veserion – thanks to the Night King – but has gained a paramour, Jon Snow. Little do they know that Jon is actually a Targaryen the son of her late brother Rhaegar. Even if they were aware of his parentage the incest wouldn’t be a deal breaker as, after all, Daenerys is the daughter of the Mad King and his sister Rhaella Targaryen.

In Winterfell, Arya and Sansa put an end to Littlefinger’s meddling – by cutting his throat. On the other hand, the Three-Eyed Raven has a vision revealing the marriage of Rhaegar Targaryen and Lyanna Stark, confirming Jon Snow as the rightful heir to the Iron Throne.

Now, who is going to be the last person standing at the end? It’s going to be so chaotic that even non-fans might go crazy.

And when it comes to Game of Thrones, our predictions might not meet reality. But that doesn’t stop us from making predictions.

So, let’s put our prediction caps on and get down to the top 3 theories…

One of the many predictions amongst the fans is that Bran is actually the Night King. The Night King’s history is something to look forward to in season 8.

In season 7, Bran traveled back in time to stop the Children of the Forest from creating the Night King. The previous Three-Eyed Raven warned Bran not to dwell in the past for too long but Bran got caught in his thoughts and lost control of time. Taking a closer look at this scene, Bran seems to feel pain when the Dragonglass was shoved into the man’s heart.

In another scene, the conversation between Leaf, a member of the Children of the Forest, and Bran sheds more light on the prediction.

Leaf replies: “We were at war. We were being slaughtered. Our sacred trees cut down. We needed to defend ourselves.”

So, “from you” could refer to all of mankind or Bran himself.

Tyrion is going to betray Daenerys.

In the season 7 finale, Jon and Daenerys finally get together. But outside the room, we see Tyrion with a worried expression on his face. But why?

In the novels, Daenerys learns about the prophecy which states that she will be betrayed three times, once for love, once for gold, and once for blood. So far, we’ve seen the witch betray her for blood and Xaro and Doreah betray her for gold. Perhaps Tyrion will betray her for his family. Tyrion could easily have conspired with Cersei when the two reluctantly reunited at King’s Landing in the previous season.

Thousands of years ago Azor Ahai defeated the Army of the Dead and ended the Long Night. According to the prophecy, he will return to banish the Long Night once and for all.

In the final battle against the Night King and his army, Daenerys might sacrifice herself in order to win the war. The Prince or Princess that was promised will have to drive the sword through the heart of the one they love in order to create Light Bringer – because power requires sacrifice.

George R.R Martin has stated that it will be a bitter-sweet ending. Well, this is Game of Thrones after all. How can we not expect a sad ending?

[Trigger Warning] The following reading contains potentially distressing information about violence, brutality and sadistic practices. The reader is advised to use their discretion to continue reading. “For the last time, you don’t have to do this. They will finish the... END_OF_DOCUMENT_TOKEN_TO_BE_REPLACED

“What is it about being blind that it makes you want to walk the dog the whole time?” “When it comes to environment, it's not us but our children and our children's children that will pay for our mistakes, which... END_OF_DOCUMENT_TOKEN_TO_BE_REPLACED

Growing up watching Sci-fi movies, I always imagined myself living in a fully automated world with all these cool tech devices- flying sneakers, teleportation units, and whatnot. Something as dreamy as the “first cognitive city” proposed to be built in... END_OF_DOCUMENT_TOKEN_TO_BE_REPLACED

The human touch. Such a simple thing, yet one that holds immense power. Almost like a miracle. Wonder why? Read on.  We've been gifted with the five senses, namely: vision, speech, smell, hearing, and the most beautiful of all, touch.... END_OF_DOCUMENT_TOKEN_TO_BE_REPLACED

“THE SWAT TEAM BURST IN. THERE WAS CURTIS GREEN COVERED IN COCAINE AND FLANKED BY TWO CHIHUAHUAS” ~The Untold Story of Silk Road by WIRED In early 2011, law enforcement agencies were caught with their pants down when drugs began... END_OF_DOCUMENT_TOKEN_TO_BE_REPLACED