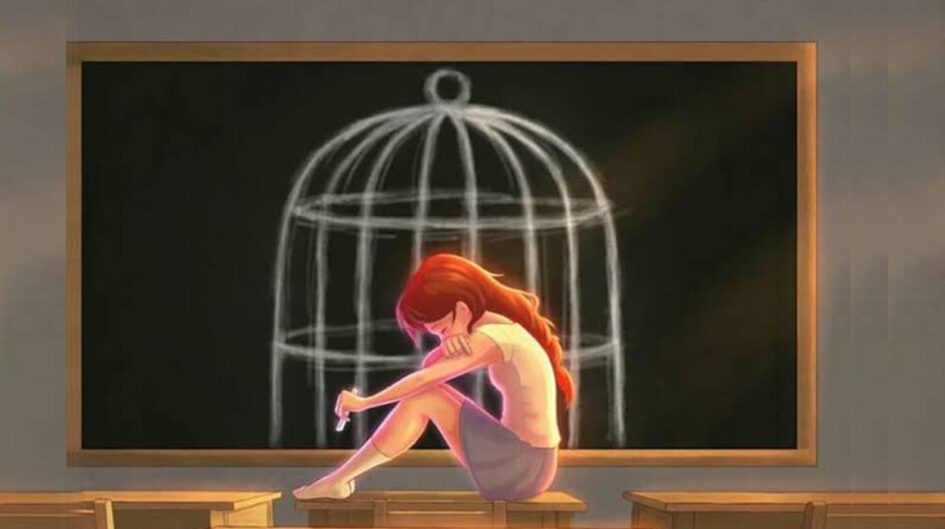 As a child, every one of us had dreams, and fantasies that we thought would come true one day. But not every one of us has had people that supported our dreams especially when they are not “mainstream” career paths.

Should you weigh the importance or judge the value of your dreams while dreaming? Do dreams have measurable value or “net worth”? Do we need our society’s approval to dream? I don’t think we do. And we should NEVER.

Even when the world turns its back on you, believe in yourself. Easier said than done. How can we expect a mere child who has just started to look at the world, to believe in himself even while he has been called ‘dull’, ‘useless, ‘good for nothing’, by everyone around him who was supposed to teach him how to fly. Instead, let him know the power of the wings he withholds and ensure that he can do everything he wants to do just by believing in himself.

Teachers are equivalent to God. They bring out a child’s best quality, make him shine through, and sculpt him to be the best version of himself. But what if the same teacher makes you doubt your skills, and believe that you cannot achieve anything if you don’t score good grades? Punishes you for not doing something you don’t want to without knowing why? It becomes suffocating for a child at such a tender age. School is your second home. It is the place where we get to explore life at the very first. If that is disrupted, a child’s dreams and the way he would perceive life in the coming years are affected to a great extent. If a child does not score good grades, it is the duty of his teacher to understand the core problem he is facing. A parent must help the child with something that he needs help with instead of punishing him, scolding him, and telling him that he is a complete failure. Parents and teachers are the most important people that shape a child’s future. But we see many futures, minds, and self-confidence being killed at a very young age as their creativity was not allowed to shine through. Their perspective was never understood properly. Their problems were never confronted in the first place.

In schools, we’ve seen teachers favoring the “bright” and ignoring the “dull”. Why? It is important to focus on such children who are facing issues in completing the given tasks. Such behavior affects the psychology of the students and makes them believe that they would never have someone who can teach them and slowly start losing self-confidence.

Not all great people who changed the world immensely were “bright” children. In fact, most of them were dropouts, who suffered from certain issues that made the world think they were not normal. But we all know how Edison, Einstein, and Newton changed the whole world with their inventions and knowledge. Then why is it that parents want their children to be normal? Follow the path they want their children to walk on and not the one the child wants to go for?

A child’s dreams are crushed when they are put under the weight of their parents’ ambitions. Their wings get tied, restricting their movement which is the worse a parent could do to his child. Parents should enable the tender and growing wings to soar high in the sky and add fuel to their dreams. Schools and teachers should aim toward a learning system far away from rote learning. Every child is unique in their own way. Only the right jeweler can see the gem’s worth.

“Hand me the gun and don’t move a muscle”, an injured Shankar Narayan whispers to his son, while they take cover under an old Contessa. The little boy does exactly as his father says, his hands trembling, desperately trying to... END_OF_DOCUMENT_TOKEN_TO_BE_REPLACED

The scene opens in a jury room, where a decision is to be taken on the death sentence of a man accused of murder. After voting, each juror explains why they feel the accused is guilty or not guilty. One... END_OF_DOCUMENT_TOKEN_TO_BE_REPLACED

It feels like just a week ago when the internet was bombarded with memes of Will Smith slapping Chris Rock at the 2022 Oscars. Ah, what a moment. The Cannes Film Festival too ended just recently, leaving us waiting for... END_OF_DOCUMENT_TOKEN_TO_BE_REPLACED