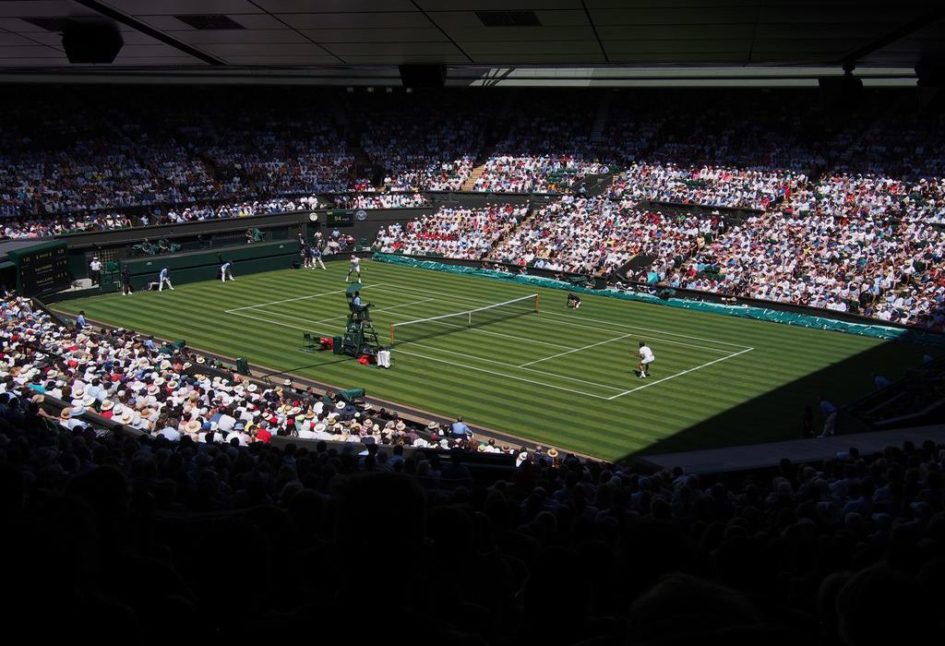 I believe sports are poetry in motion. They have the power to stop time and take one’s breathe away. They ride high on emotion, adrenaline and drama, with a lot to be read between the lines, eyes, tears and smiles. Tennis is one such sport which has the above in abundance. It is the first game I started to watch as a kid. The eight-year-old me had little knowledge of the rules and the many intricate details of the game but was completely taken back with the pace with which players covered the court and simultaneously placed the ball with finesse into the other side of the court.

It was a rainy July evening when I had watched the final of the Wimbledon Tennis Championship. For me, it was just another game which I watched open-mouthed, in awe of the intensity of the game. But this match was something different from what I watched usually, in terms of the quality of the shots being played, with neither side dominating, but both playing at their best. It had something special about it, but I had no clue then, that it was one of the greatest matches played in the history of tennis. Every time I watch the highlight reel, my heart races like it did while watching it for the first time.

Roger Federer was facing Rafa Nadal. Wimbledon, with its tradition of having players clad in all white on green grass courts, provides picture perfect view for viewers. It was a cloudy evening and the skies opened up delaying the start of the match. Perhaps, it was a warning of the storm coming on the court. Federer is a personal favourite. His style of play has magic in it. He can pull off ridiculous shots having pin-point precision with utmost simplicity, leaving viewers and opponents rooted to their feet with their mouths wide open, applauding at his silk like movement on court. Nadal, sporting trademark sleeve-less T-shirt and lengthy shorts, is a player who wears his heart on the sleeve. A person not known to give up; intimidates his opponents with sheer grit and determination, often turns the match on its head and stages splendid comebacks from the verge of defeats. 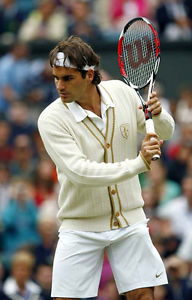 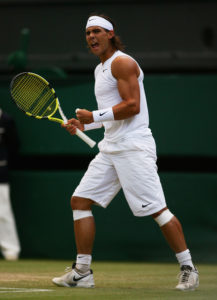 Federer, the master of the grass court, was on the quest for his sixth straight Wimbledon title, while Nadal, the king of clay courts, who lost the finals three times in a row, was looking to break the deadlock and add Wimbledon alongside his clay court title. They won 14 of the last 16 titles, both combined. Nadal started the match on a high, winning the first two sets of games 6-4, 6-4 (A game is a set of points). It seemed like he would break Federer’s great run of winning 5 titles in a row. But the greatest player of all time wasn’t going down without a fight. Every point was fought for with tennis of the highest quality and Federer managed to win the third set 7-6.

The fourth set was crucial because if Nadal won it, he would be champion and if Federer won it, he would live to fight another day. The points were tied equally and there was nothing to separate the two. It was time for a tie-breaker, which is an extra time of play to decide the winner when both players have 6 points each.  Little did the world know that it would turn out to be one of the greatest ever played. In the tie-breaker, Nadal was leading with three points with the score at 5-2. He had to win two points to win the match, and he was serving. His serve is second to none and is perfectly sent down with a lot of power. 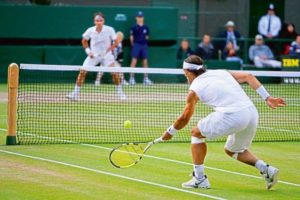 But he hit the net twice while serving and conceded a point to Federer to make the score 5-3. He hit the net again when returning to a trademark Federer backhand and the score was now 5-4. Federer had saved two match points and with them, his title hopes. He took aim and sent a ball gliding at searing pace on serve. Nadal managed to return but the shot didn’t have enough power to test the former who smashed it across the court to make the score 5-5. Then, Federer sent down another perfect service for which Nadal had no reply to. The score was now 5- 6 in favour of Federer. There was a long rally of shots for the next point, with both players covering the court as if they were running or their life.

The former played a shot with too much power which landed outside the court and the score was now won at 6-6. He made the same mistake again and Nadal was now leading at 7-6. Federer managed to salvage a point with a flurry of fast shots to level the score at 7-7. The spectators at Wimbledon are usually very calm in demeanour.

Most of them wore suits and clapped gently to show their appreciation. But what followed on the next two points was highly unprecedented. Both played one brilliant shot each which replicated the other. A shot wherein the ball would land just inside the court, touching the line which separated the court from outside and spins away. It takes players, a lifetime to master that shot and there were two humans fighting for a coveted title, under immense pressure, with everything at stake, pulling the shot off with unparalleled simplicity. The crowd was on its feet cheering, with a loud roar and the usually sombre commentators were shouting their lungs off in pure awe of what they were witnessing.

Federer kept his calm and won the set taking the match into the deciding fifth set. The turning point of the match came when Federer was two points away from winning the set.  Nadal threw all he had into every shot that he played. He miraculously saved those two points riding high on adrenaline with fire in his eyes. He played as if nothing could stop him that night, not even the master of the game himself standing at the other side. Serving for the match, he successfully won the match point. 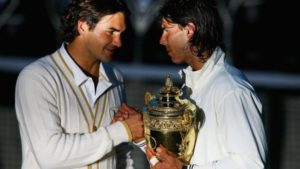 As the stadium rose and applauded, both of them shared a hug for a few second as neither had experienced something special like this in their illustrious career before, providing a fitting end to the greatest finale ever. 11 years on, as I watch them still standing tall on their feet, fighting injuries and critics alike,  while casting magic by playing the game with passion and sincerity, getting better with age, they remind me that their legacy is a testimony for how far our hearts can go to achieve anything that we truly love and dream about.

Did your 8-year-old self ever wish for that awesome Pixar movie that you watched, and you watched, then you watched again, to be real? Because I did!  I had a dream. I wished I was a car so that I... END_OF_DOCUMENT_TOKEN_TO_BE_REPLACED

Two things have always fascinated me as a child- words and crosswords. Which word should I say? How do I say it? Can it, in its barely ten letters, hardly three syllables, carry the whole meaning of what I want... END_OF_DOCUMENT_TOKEN_TO_BE_REPLACED

The lockdown, for most of you, was the most boring time of my life. Six months of staying at home didn't do me any good apart from the fact that it brought me and my dad closer by giving us... END_OF_DOCUMENT_TOKEN_TO_BE_REPLACED

Faith has always been considered as one of the most inherently pure and pious things, across any and every religion and every school of a belief system based on the concept of God. That is probably because every single one... END_OF_DOCUMENT_TOKEN_TO_BE_REPLACED